For many, an African safari is a once-in-a-lifetime opportunity. With wildly diverse climates, ecosystems and wildlife⁠—from the moon-like landscape of Namibia to the lush jungles in Rwanda⁠—the best African safaris can take many shapes and forms. Here is a guide on how to choose among seven top destinations for an adventure that exceeds your expectations.

Contact us for assistance planning a customized safari. Our team can match you with the destinations, accommodations and activities that are right for you and provide information on Covid-19 travel safety and more tips for planning a safe, seamless and rewarding experience. 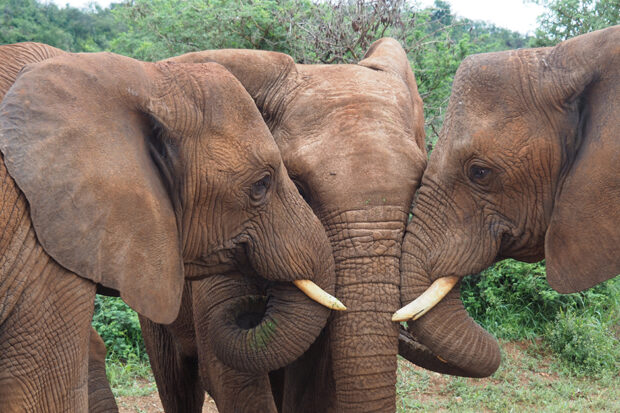 South Africa is the continent’s metaphorical catch-all, comprising myriad cultures, climates and an astonishing quantity and variety of wildlife—seeing the quintessential lion, leopard, rhino, elephant and African buffalo is all but guaranteed here. One of the first countries to develop the safari trade, South Africa offers lodges so luxurious that they seem more like resorts than camps, with many offering WiFi, fitness centers and spas. Several stunning private game reserves showcase the country’s successes in preserving the environment and maintaining biodiversity. 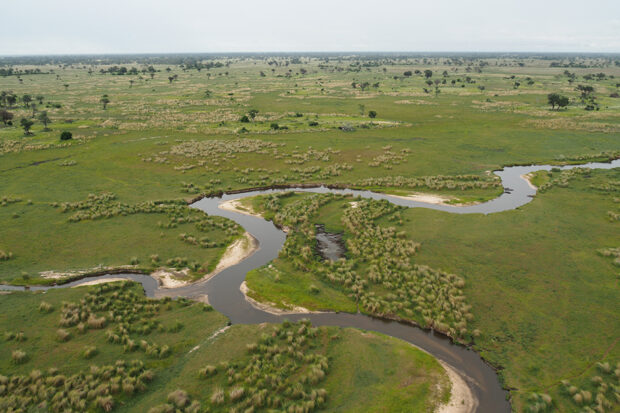 So beautiful it seems like a dream, teeming with wildlife and sensational camps, Botswana is one of Africa’s biggest success stories. Since it became a safari destination in the 1960s, the country has pursued a low-impact, high-yield wildlife experience focused on exclusivity, conservation and sustainability. Accommodations range from simple to  luxurious, and most camps allow no more than three vehicles per outing, so the experience feels authentic, conservation-minded and very private. 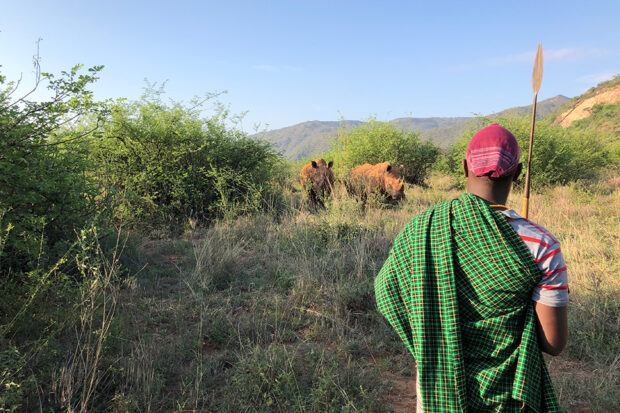 The practice of modern safaris began in East Africa, when the region was colonized by the British and Germans who would go on hunting trips for the ‘Big Five’ animals (lion, leopard, rhino, elephant and African buffalo). Later, in the 1960s, when Kenya achieved its independence, the government realized the value in marketing photographic safaris, and the tradition morphed into an economic driver. Kenya later developed a reputation as a more commercial safari experience compared to its counterparts, who replicated its success throughout Sub-Saharan Africa. This characterization is in many ways misplaced, as Kenya has more to offer than only the Maasai Mara, its most touristed safari area. Plus, since the pandemic—there have been fewer cars in the Mara than there have been in decades.

Kenya offers incredible diversity of wildlife and topography (desert, forest, mountains, savanna and a lengthy coastline are all possible) with a range of safari destinations, each home to stunning lodges and camps. Of course, there’s the Mara, with its mesmerizing, endless plains and the Great Migration. But there is also Amboseli and Tsavo in the east, home to rare Super Tusker elephants, and Laikipia and Samburu country in the north, where one can witness the Northern Five (the Reticulated giraffe, Grevy’s zebra, the beisa oryx, the gerenuk and the Somali ostrich). For those who love barefoot luxury, the coast also has a rich cultural heritage and several beautiful properties, specifically in Lamu and Watamu. And, finally, Kenya’s capital is the vibrant and modern city of Nairobi giving travelers the opportunity for a deeper cultural immersion, visiting markets and museums and enjoying a dynamic food scene before heading off on an adventure to the different corners of the country. 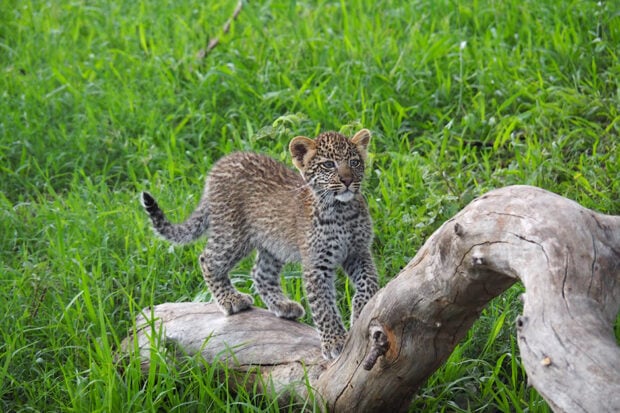 Tanzania attracts  wilderness explorers with such legendary sights as Mount Kilimanjaro, the Serengeti, Olduvai Gorge, Lake Manyara and Ngorongoro Crater. The country has developed its tourism industry slowly and carefully, turning close to 25 percent of the land over to national parks and private reserves. As a result, visitors can still feel alone in a sea of animals. And although the Big Five are the main draw, Tanzania’s wide-open plains, where thousands of animals can be observed at once, make it one of the most mystical destinations in Africa. Visits should ideally be planned to coincide with the Great Migration, an annual parade of close to 1.5 million wildebeest, 200,000 zebra and 500,000 Thomson gazelle marching hundreds of miles. 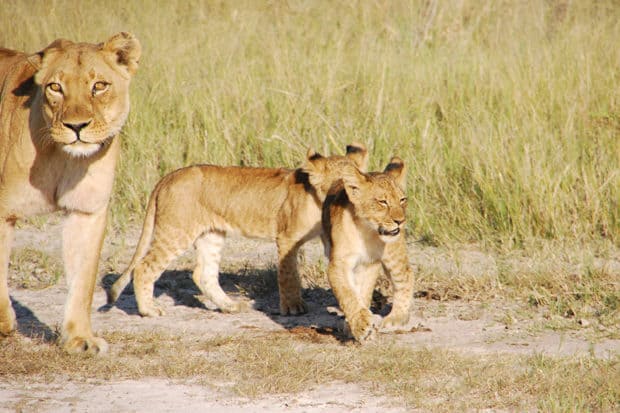 After years of political turmoil, Zimbabwe is back on the international travel circuit and poised to become a real player in the luxury safari industry. Despite an economy and an employment rate that have been on the rise since 2009, visitors should be prepared to see more widespread poverty than in other popular safari countries. But Zimbabwe offers plenty of sights and experiences to make a visit here life-changing—including the entire Big Five and Victoria Falls (which is nearly twice as tall as Niagara Falls)—at a fraction of what one pays in South Africa, Botswana or Tanzania. 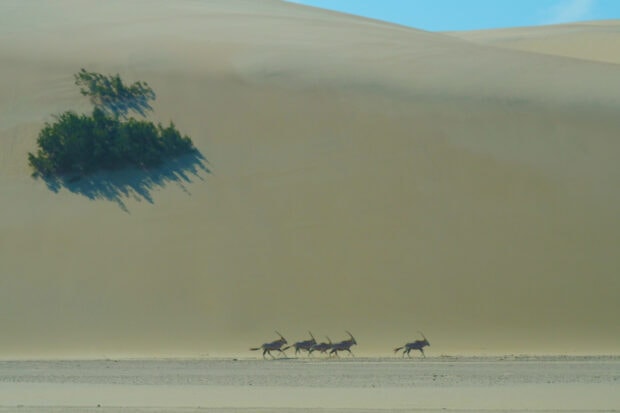 Often described as southern Africa’s final frontier, Namibia is mostly desert, complete with sand dunes, huge open spaces and great swaths of silence. Twice the size of California, the country has a population of only 2.2 million (about half that of Los Angeles). With rainfall scarce, plants get their water from fog, and most take decades to grow. As a safari destination, Namibia is famed for its intimate lodges set in remote, starkly beautiful places filled with fascinating desert-adapted wildlife. 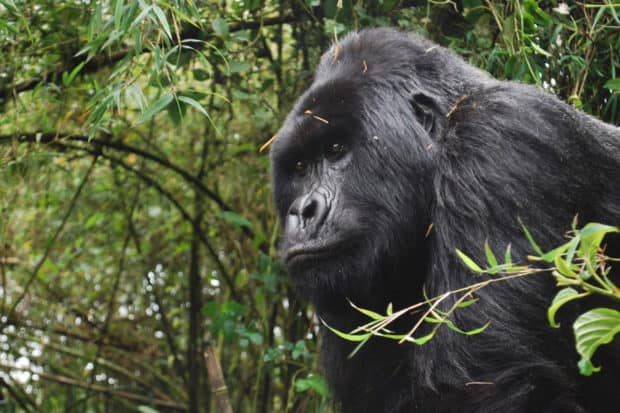 Rwanda has been heralded as the greenest, safest and cleanest country in Africa. The country is also famously home to the Endangered Mountain Gorillas, which have been conservation icons since the 1988 film Gorillas in the Mist. Today, Rwanda is one of only two countries (in addition to Uganda) in which visitors can safely view these majestic creatures. Commonly known as the “land of a thousand hills,” Rwanda is divided into a western region dominated by mountains and an eastern section of savanna and swamps. Volcanoes National Park, in the northwest, is home to several human-habituated gorilla groups for trekkers to visit, as well as golden monkeys, spotted hyenas, buffalo, elephants, black-fronted duiker and bushbuck. For those looking to dive deeper into primate trekking, Gishwati National Park and Nyungwe Forest in the less-visited southwest are both home to the chimpanzees. To complete the full Rwanda circuit, travelers might consider venturing to Akagera National Park for a more traditional safari experience. Akagera is directly east of Kigali, bordering Tanzania, and represents one of the largest conservation success stories in Africa. During the genocide, most animals were hunted and killed in the park, and over the past decade conservationists have worked tirelessly to safely reintroduce wildlife. Incredibly, today the park is home to the Big Five, among other species. And no trip to the country is complete without a visit to the powerful Genocide Memorial in Kigali, commemorating the thousands of lives lost during the 1994 war.

Contact us for assistance planning a customized safari. Our dedicated trip designers will match you with the destination and lodges that are best for you.