Join elephant conservation expert and television host James Currie for a once-in-a-lifetime safari in Kenya to see the last of the big tusker elephants (whose tusks weigh more than 100 pounds, each!). Fewer than 20 of these elephants are believed to be left in the world—and you’ll be able to venture into off-limits reserves to find (and help protect) them, while staying at some of our favorite luxury lodges in the area, including Ol Donyo and Mara Plains Camp.

A spot on this trip may be reserved with a 25% deposit payment, refundable until August 1, 2022.

The health and safety of our travelers is our number-one priority. We are committed to upholding the highest safety standards, while providing world-class hospitality and a seamless travel experience. We are in close contact with all of our partners to ensure that they are committed to the health and comfort of our travelers by practicing enhanced disinfecting procedures, respecting social distancing and testing guidelines, and remaining as low-contact as possible. For more information and questions about specific protocols that have been put into place to make your trip as safe as possible, as well as entry/exit requirements for Kenya, please reach out to our team at insiderjourneys@indagare.com. 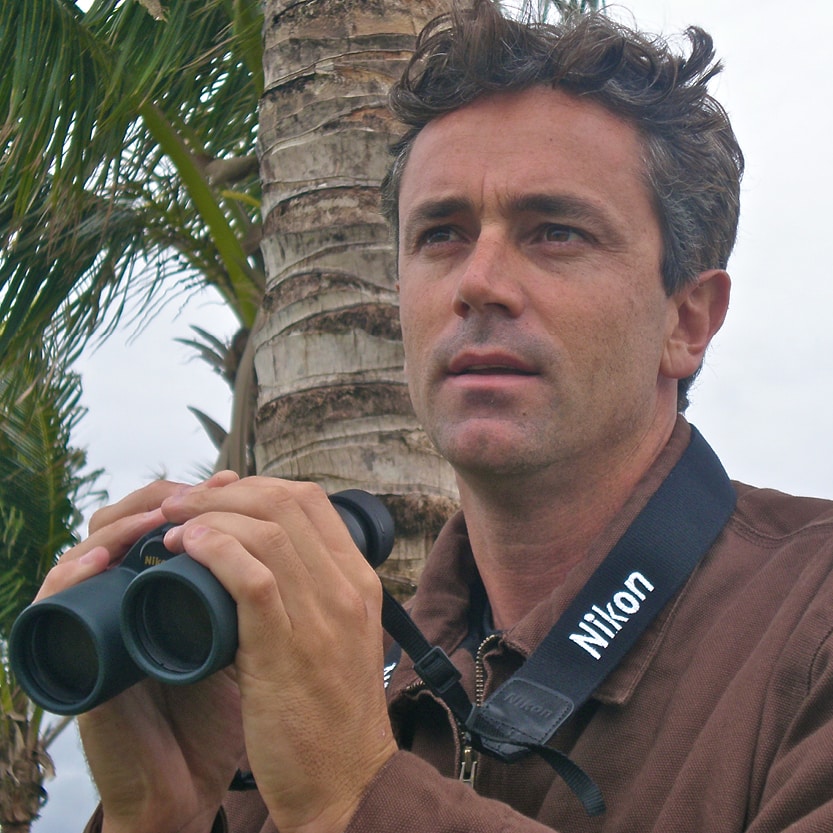 A life-long wildlife enthusiast, elephant expert and native of South Africa, James Currie works for Great Plains Conservation as their North American Sales and New Development Manager. James also hosted the popular birding television show, Nikon’s Birding Adventures, for 10 seasons on Discovery Channel’s Destination America and NBC. He currently hosts a wildlife show called A WILD Connection and produced the multiple-award-winning documentary on elephants Last of the Big Tuskers in 2018. As well as hosting a National Geographic 24-part video lecture series on birding and another on African Safaris, he hosted the popular action-birding show Aerial Assassins on National Geographic WILD, aired in the United States and worldwide in 2012.

James Currie is a highly sought-after public speaker and has spoken to sold-out audiences at various venues including the prestigious Explorers Club in New York City, The G2 Gallery in Los Angeles, The National Audubon headquarters in New York City, the Miami Zoo, the annual Educational Travel Conference and The Adventure and Travel Expos. He is an expert in the fields of sustainable development and environmental management, holding a Bachelor’s Degree in African Languages and a Masters degree in Sustainable Environmental Management. One of his passions is forging links between local communities, wildlife and international travelers. He has extensive experience in African wildlife, including walking dangerous game on foot. His first book, When Eagles Roar was published in late 2014 and details his life as an African game ranger and birding guide. In late 2007, James immigrated to the United States with his American wife and three kids and he currently resides in West Palm Beach, Florida.