Just Back From: The Sahara Desert

On the five-hour drive from the main Kasbah at Dar Ahlam, an Eden-like Relais & Châteaux property in Skoura, Morocco, we gripped the sides of our car as we encountered hairpin turns around sharp, treacherous curves. Passing through small villages, we saw intricately embroidered wedding rugs in bright reds, oranges and olive greens hanging from second-story balconies. Terracotta homes—light pink and plain in appearance, yet bustling with life—greeted us around every corner. The terrain was bumpy, but the end goal was as sure and straight as the path of Orion’s arrow: My family and I were going to spend the night in the Sahara Desert.

In many ways, the entire trip felt like one giant lead-up to the Sahara, as we spent four nights in Marrakech before heading to Dar Ahlam for three nights. Marrakech was indescribably gorgeous, fascinating and distinctive. From the breathtaking mosaic work in the Saadian Tombs to our exploration of the winding Souks to the energy of the Djemaa el Fna at night, the city was everything we’d dreamed of—and more. And yet, we had managed to save the dessert for last: a trip to Dar Ahlam’s Tented Encampment in the Sahara Desert. 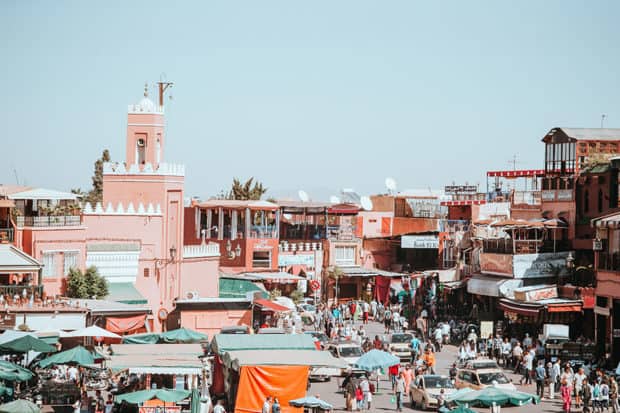 We left for the desert in the early morning, packing gloves, hats and other layers. While I’d always associated the Sahara Desert with an intense, Arabian Nights-style heat, the desert actually gets quite chilly in December, and we wanted to be prepared. When we finally arrived, about an hour before sunset, we did so in dramatic fashion. Driving over a dune, we saw three ethereal white tents, rooted firmly into the ground. Beyond that, there were only golden dunes extending like waves as far as the eye could see. It was an ocean of sand, ebbing and flowing in an optical illusion of seemingly infinite proportions.

Dar Ahlam’s Tented Encampment, located half of the year in the Sahara Desert and half in the Valley of the Roses, is a masterpiece, with vintage Moroccan décor and a delightful team. This unique experience offers guests complete privacy and immersion in nature. Greeted with a hot cup of sugary Moroccan tea, steeped over a coal fire, we frantically took pictures of everything we saw. How could we capture a moment so surreal? We were absolutely alone in the middle of the Sahara Desert, and as the sun set before us, all of us shed a few tears. The thought that such beauty existed each day was both magnificent and daunting. Day after day, for millions of years, the sun has set over the Sahara Desert. 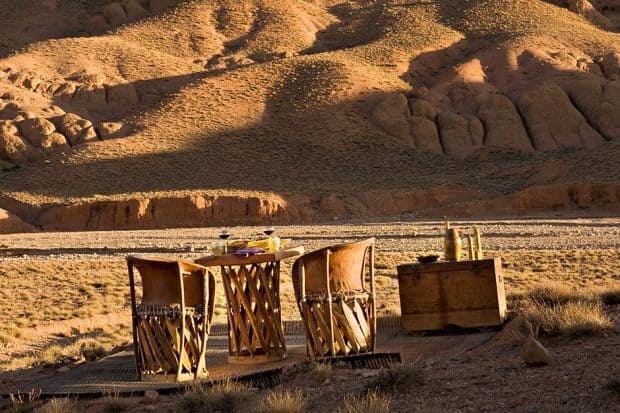 Along with the disappearing sun came a dramatic dip in temperature, and we all became very cold, very quickly. Dar Ahlam’s caring staff members handed each of us a djellaba (a Maghreb shepherd’s cloak), as we sat down to a fabulous dinner of beef tagine, couscous and vegetables, illuminated by the light of nearly 50 lanterns encircling our outdoor dining area.

Seated to my left was my youngest sister, and to my right, my mother. “Avery, look!” my mother said breathlessly. Above me, the entire Milky Way shone clearly and brightly, thanks to the lack of light and air pollution. As an astronomy buff since the age of four, I had always dreamt of seeing this glimmering swath of milky, dark sky, and here it was before me, unobstructed. Robert Frost’s poem “Choose Something Like A Star” flowed into my mind. We all cried again—more tears than any of us had been expecting. I have never felt more safe than in that moment. 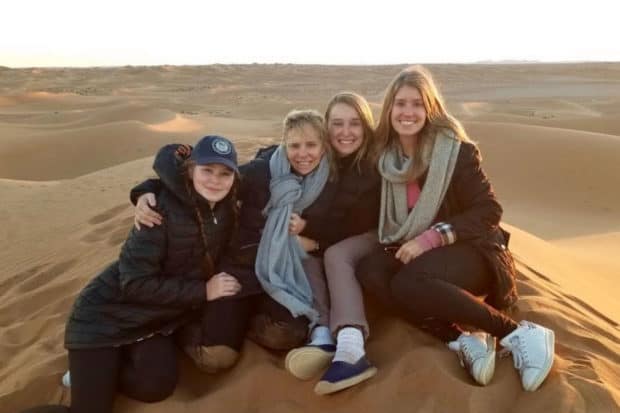 While the lengthy drive to the desert is not well-suited to children, any travelers with a lust for life, a love of adventure and a desire to feel deeply connected to the earth should consider this experience.

Contact Indagare for assistance planning a trip to Morocco. 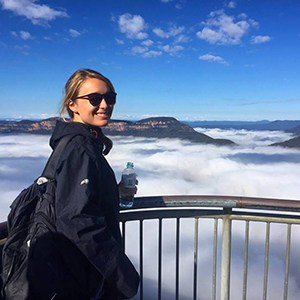 “We were absolutely alone in the middle of the Sahara Desert, and as the sun set before us, all of us shed a few tears.”