Aman, whose name means “peace,” is known for its minimalist interiors, serene atmosphere and belief that attention to detail and service is perhaps the most crucial ingredient to creating a five-star property. Thus, it was surprising that the brand, whose modus operandi aligns nearly perfectly with the Japanese design ethos, did not have a property in Japan until late 2014, when the Aman Tokyo opened to international acclaim. Shortly thereafter, plans for the Amanemu were developed, and the remote oasis opened in March 2016 along a dramatic stretch of coastline in Ise Shima National Park.

An oft-overlooked destination prior to the Amanemu’s arrival, Ise Shima is located in central Japan and is known for its seafood, pearl farms, natural hot springs and the country’s oldest and most sacred Shinto shrine, Ise Jingu. Inspired by this nearby attraction, renowned architect Kerry Hill incorporated similar details and materials, including hand-carved hinoki cypress wood, into the 28-room hotel. 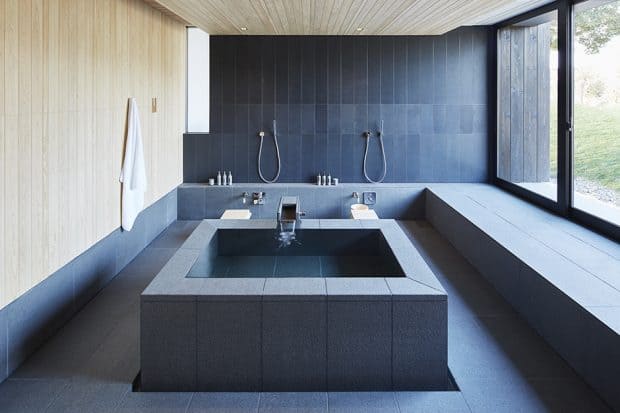 Situated on a hilltop plot of forested land, the Amanemu’s pavilions are modeled after minka homes, which historically were inhabited by farmers and merchants but are now used by all classes of Japanese. The accommodations are styled similarly, with a ryokan feel and traditional features like sliding screens and tiled roofs, but the centerpiece of each is the bathroom. These oversized rooms are anchored by square basalt tubs, which draw nutrient-rich waters from nearby hot springs and encourage lounging thanks to stunning views of Ago Bay.

The property as a whole espouses a philosophy of well-being, with its massive infinity pool and a 22,000-square-foot spa, where guests can indulge in a wasabi and crushed pearl body scrub or reserve one of the two onsen (hot spring) bathing pavilions, each complete with a pool. Meals are had at The Restaurant, which offers a dinner menu that highlights the area’s best seafood and Matsusaka Wagyu beef, and lunchtime specialties including sashimi bento boxes and tempura. Those antsy to explore can do so via the hotel’s complimentary bikes or take advantage of Nemo Golf Club, an eighteen-hole championship course just a few minutes away by car. 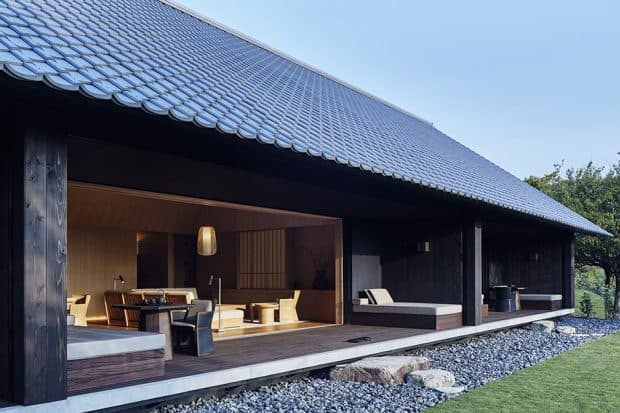 The remote property can be reached by train from Kyoto (three hours) or Tokyo (four hours). Alternatively, guests can fly into Nagoya Chubu International Airport and then take a 25-minute helicopter ride to the resort.