Oh, How Beautiful Is Panama! is the name of a German children’s book found in most households (equivalent, in terms of familiarity, to Goodnight Moon in the U.S.). It tells of a bear and a tiger convinced that where they live pales in comparison to the adventure that awaits in the Central American country, and they set off to find the “land of bananas.”

I thought of this staple of my childhood over breakfast in Panama. Every bite of pineapple, papaya and (yes) banana was so full of flavor that I had to admit the little bear and tiger might have had a point. Like that fruit plate, the coun – try packs a punch. Although Central America’s narrowest nation, it charms and ultimately bowls you over with its larger-than-life natural scenery, both on land and at sea. 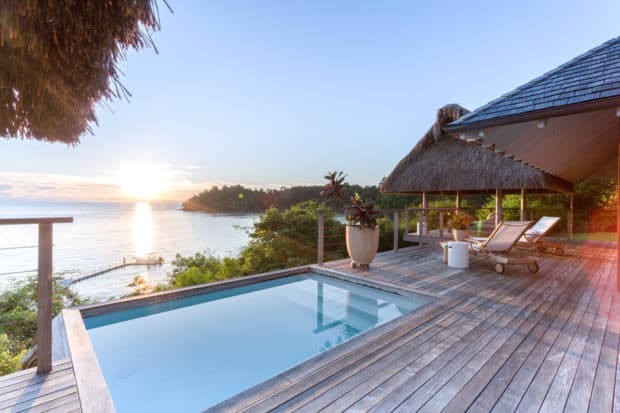 Looking strictly at the numbers, Panama is baffling: wedged between Costa Rica and Colombia, it is only slightly larger than Ireland, but it has more plant species per square mile than Brazil. In one day, you can drive from the Pacific to the Atlantic Ocean, which are separated by just 31 miles at the country’s slimmest point. It is home to 125 animal species found nowhere else in the world, while its human population numbers only some 4 million.

An inefficient government, red tape and corruption have threatened Panama’s natural splendor, especially in the past decade, as the country has slowly found its way onto the international travel scene. For now, it remains best suited to adventurous travelers who don’t get stressed if an itinerary detail changes. But luxury tourism is on its doorstep: Ritz Carlton is building a Reserve on the south – eastern Pearl Island that is expected to open in 2020, and some other big-name developers have been investigating. For those who like to brag about visiting a place before it becomes mainstream, now is the time to go.

Most visitors immediately feel protective of Panama, whose turbulent history is intimately linked with U.S. interventions and the Panama Canal, an engineering feat that forever changed the way we crisscross the world. What you wish for Panama is thoughtful development that protects and cherishes its most precious assets: its natural beauty and the incredible diversity of its citizens 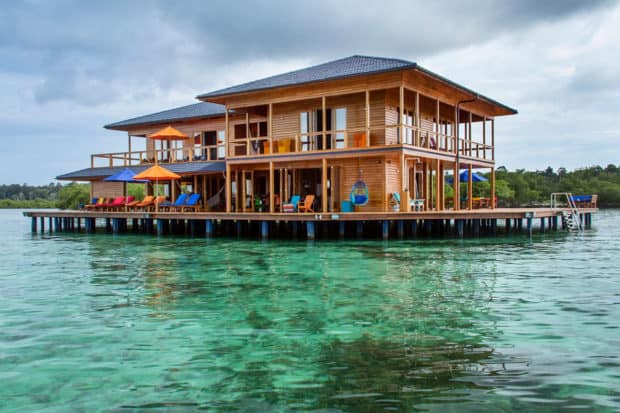 Luckily, two very different properties are already doing just that: newcomer Islas Secas Reserve & Lodge, an ambitious conservation project that transports clients into a nautical wonderland off Panama’s southern Pacific Coast, and Sweet Bocas, a four-year-old private villa in the gorgeous northeastern Bocas del Toro archipelago. (They follow in the footsteps of Panama City’s stylish American Trade Hotel, which seriously raised the bar on the country’s hotel scene when it opened in 2014. Located in the center of the charming Casco Vieijo neighborhood, it is still the single-best place to stay in the city.)

On my last day, my guide took me into the rainforest, located a 35-minute drive from the capital. Standing on a 100-foot viewing platform, we looked out over miles of tropical trees and listened to bird calls, some as intricate as if they were performing at Carnegie Hall. It was easy to picture the little bear and the little tiger from my old picture book making their way through the jungle, as delighted by the plate-size blue butterflies as I was. Oh, how beautiful is Panama! After this visit, I wholeheartedly agree. 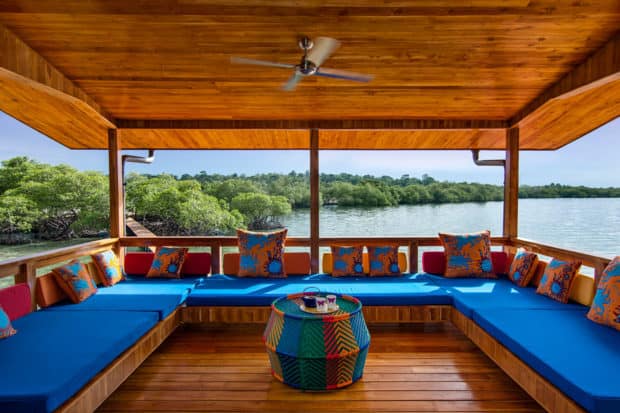 Contact Indagare  for assistance planning a customized trip to Panama.

“For travelers who like the bragging rights of having visited a place before it becomes mainstream, the time to go is now.”