The People We Meet Along the Way: Bolivia

It is so often the people that you meet on your travels who inform your understanding of a place. During our recent Indagare Journey to Bolivia, we met many such individuals. Here are a few of them. 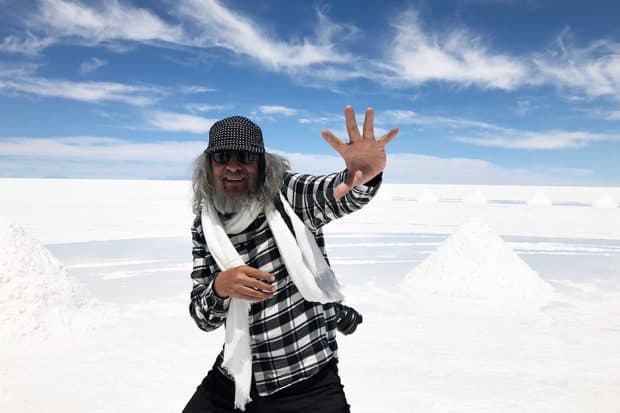 He’s been called Latin America’s Andy Warhol–meets–Christo, and while artist Gaston Ugalde is known for iconic images and ambitious land art installations, he defies easy categorization. Ugalde’s father sent him to study art in Vancouver to keep him from joining Che Guevara’s Marxist movement in the 1960s. Later, he partied at Woodstock with Jimi Hendrix, Janis Joplin and others before finding fame in the New York art world. Over the years, he has worked in many mediums including performance, painting, sculpture, printmaking, photography and video and has represented Bolivia twice at the Venice Biennale. On our trip, we spent two days in the Salar de Uyuni with him while he created land art installations. “My constant source of inspiration is Bolivian territory and Andean light,” he says; and watching him at work—which is also watching him at play—was a wonderful reminder of the power of art and imagination. 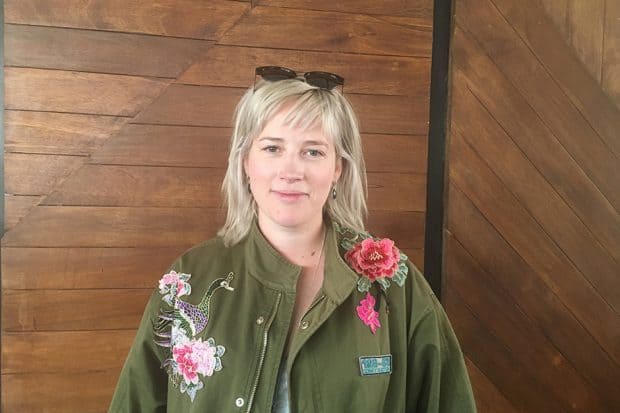 Named Latin America’s best female chef, Danish-born Kamilla Seidler established Claus Meyer’s La Paz outpost, Gustu (10, Ave Costanera, No. 300), but she also founded a social empowerment movement. Meyer’s mission, which was spearheaded by Seidler, was to celebrate and innovate around traditional Bolivian cuisine, but also to give underprivileged children a career opportunity by establishing a culinary school. Since Seidler moved to La Paz in 2013, Gustu has been named the best restaurant in Bolivia and Seidler and Meyer’s community organization, the Melting Pot Foundation, has opened 14 schools in Colombia, Peru and Bolivia and educated more than 2,000 students. Gustu acolytes have opened numerous gourmet restaurants in La Paz, including Ona (8052, Calle 16 Calacoto) and Ali Pacha (1306, Calle Colón Potosí). 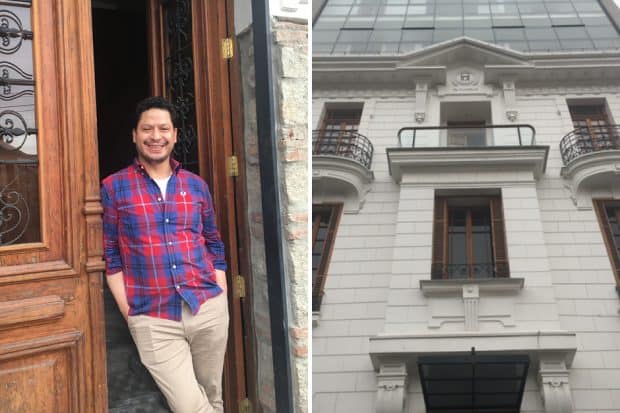 Boris Alarcon and the Altu Qala

“La Paz is not a pretty city, but it is unlike any other in the world,” exclaims Bolivian-born Boris Alarcon, who made his name designing for prominent brands but returned to live part-time in La Paz. Alarcón is playing a crucial role in the gentrification of the city’s historic center: his first project was creating the picture-perfect writer’s café inside one of the city’s oldest bookstores, the Writer’s Coffee (1270, Calle Comercio). Now, he has acquired a building next door to the café that will become a cultural center to be named Km. 0 (or ground zero), and another building down the street that will be a luxury design hotel, Altu Qala. The property will open later this year in a restored 1930’s building with 10 suites and a rooftop bar reserved for hotel guests. The lobby will feature 400 pieces of Murano glass from the 1960s, and the brass beds and space-age lamps in the guest rooms evoke the city’s eclectic style. Alarcón is already reviving two more nearby buildings with plans to create a spa and restaurant and bring glamour back to the center of town. 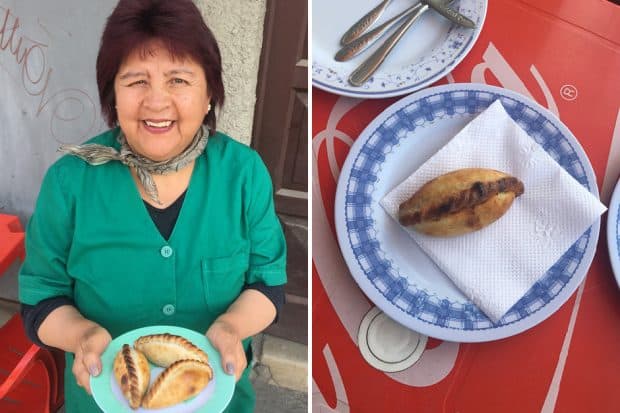 Carmen de Fernandez, owner of Salteñeria Cervantes and one of her salteñas

Salteñas are Bolivian–style empanadas that are generally eaten as a snack between breakfast and lunch, and La Paz residents are fiercely devoted to their favorite salteñerias, which each have their own recipes. Carmen de Fernandez, who owns Salteñeria Cervantes (342, Calle Miguel de Cervantes), keeps her salteñas (in either chicken or beef) on the smaller side and the pastry slightly sweet. Our insiders swear that hers are the best in the city. Tips: arrive before 11am to ensure she is not sold out; and a pro never spills a drop when eating the juicy pastry. 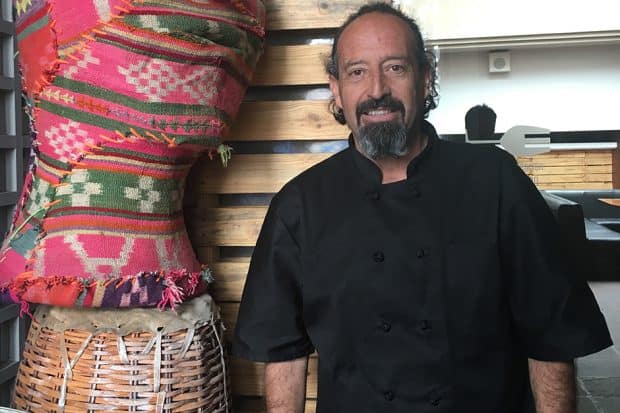 One of Bolivia’s top chefs, Marco Bonifaz of Mercat (1335, Gabriel René Moren), trained at the California Culinary Institute of America and then apprenticed in the Bay Area before returning to La Paz. He has since brought his gourmet training to Bolivian cuisine and products, and is working to “recuperate” local ingredients. Sometimes referred to as the ‘King of Quinoa,’ Boniface is a champion of the local grain, which comes in more than 70 varieties. At his newest restaurant Aptapi (1335, Calle Gabriel René Moreno, 2nd floor), we were treated to a preview lunch, which included deep-fried prawns in organic black royal quinoa flakes with passion fruit coulis; springs rolls with yellow panka peppers, cheese and huacatay sauce; quinoa burgers; and cheesecake that none of us will soon forget. 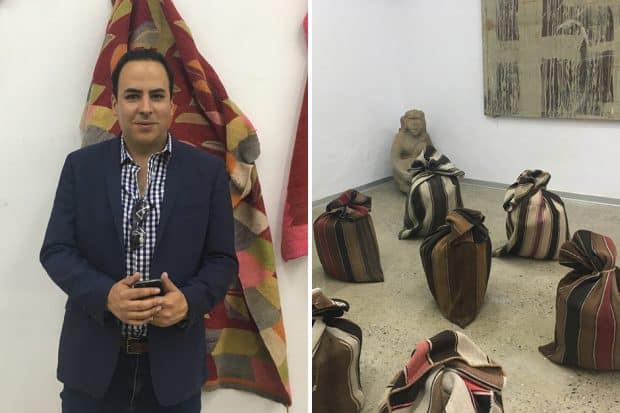 After spending time as a banker in New York, Bolivian-born Mariano Ugalde returned to La Paz a few years ago to open the city’s most innovative contemporary art gallery, Salar Galeria de Arte (salart.org). He has another outpost in Miami, but La Paz is where his family is based and where he has become an instrumental force in Bolivia’s emerging art, food and hospitality scene. “I am thrilled to be part of Bolivia’s transformation.” Ugalde says. “Things are happening at a really fast pace and I am happy to see how it has become a must-visit destination for savvy travelers.”