Historically, São Paulo has been treated a bit like an ugly duckling, long overlooked by travelers who are more interested in its vibrant sister city, Rio. And while São Paulo’s unfortunate associations with grey, urban sprawl are not inaccurate, the bustling metropolis has established itself in recent years as a cultural mecca. Brimming with a diverse population, South America’s largest city is also the continent’s de facto capital, and thus boasts world-class offerings, from gastronomy to museums to stunning urban parks. And with the recent opening of Palácio Tangará, a modern grand dame in one of the city’s celebrated green spaces, São Paulo is more appealing than ever. Here are five things to know when planning a trip.

Contact Indagare for assistance planning a trip to Brazil, and to learn about our upcoming design-focused Insider Journey to Brazil.

There is a game-changing new hotel. 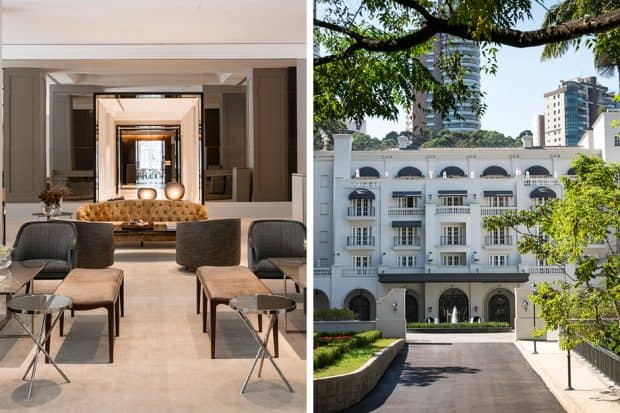 The sleek interior and entrance to Palácio Tangará

A magnificent new property, Palácio Tangará, was recently unveiled and is officially upping the city’s luxe factor. The hotel is the newest from the Oetker collection, a group lauded for its exquisite properties across the globe, and promises visitors a true oasis within São Paulo’s concrete jungle. Set amongst 10 acres of greenery in Burle Marx Park, a beautiful green space in the well-heeled Jardins neighborhood, Palácio Tangará oozes European sophistication with impeccably designed rooms and a stunning pool that is reminiscent of the one at Hotel Du Cap Eden Roc. The hotel’s pièce de résistance is its outstanding gastronomy led by Jean-Georges Vongerichten, and the resort’s restaurants are garnering international acclaim for the chef’s delicious fusion of European, Asian and Brazilian flavors.

There is an amazing food scene. 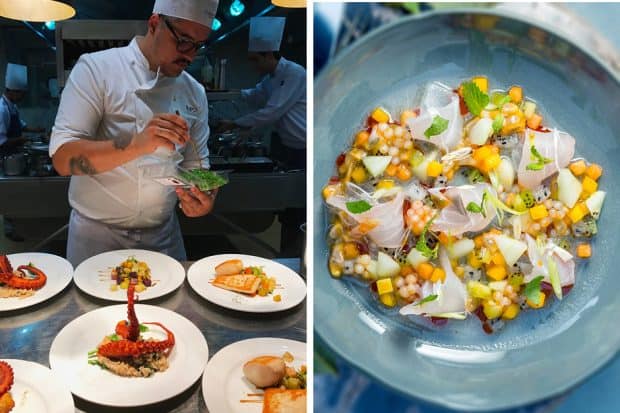 Over the past few years, São Paulo has made a name for itself as a bonafide foodie capital. Famous as the home of D.O.M, a restaurant widely considered to be the best in South America, São Paulo boasts a dizzying array of cuisines and restaurants, from classic Portuguese to some of the best sushi outside of Japan. Favorite eateries include Dalva e Dito, a more casual expression of Brazilian cuisine from the owners of D.O.M; Kinoshita, where Hokkaido-born, Rio-raised sushi chef Tsuyoshi Murakami creates a famous tasting menu; and Figueira Rubaiyat, where succulent steaks are served in a dining room built around a breathtaking 100-year-old fig tree. Visitors should not miss a guided tour of Mercado Municipal to sample the vibrantly colored fruits, pastries and sandwiches on offer (try the mortadella, made with ham, provolone and relish). And cocktail lovers should be sure to try a caipirinha, Brazil’s national cocktail. A favorite of Anthony Bourdain, this libation is made with cachaça, a rum variation, and is served at most every restaurant in the city.

The city is an art- and architecture-lover’s paradise. 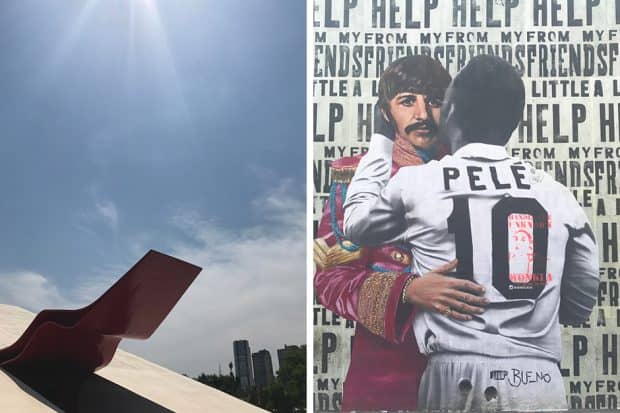 A contemporary sculpture at Ibirapuera Park,  Ringo Starr and Pelé (a Brazilian soccer legend) embrace in a street art display

Aesthetically-inclined visitors are spoiled for choice in São Paulo with myriad museums and galleries, home to works ranging from legends like Picasso and Portinari to emerging experimental artists. The city is also famous for its innovative architecture: Oscar Niemeyer, the trailblazing modernist, was the imagination behind a number of São Paulo’s most important buildings and is regarded as the city’s unofficial designer. Another name to know is architect Lina Bo Bardi, whose groundbreaking contemporary buildings are must-visits for architecture buffs (these include Casa de Vidro (the Glass House) and the iconic São Paulo Museum of Art (MASP)). Plus, a stroll through several of São Paulo’s neighborhoods reveals some of the city’s most exciting artwork. Don’t miss Beco do Batman, a world-famous graffiti-filled alleyway known to be the hub of São Paulo’s burgeoning street art scene; and Ibirapuera Park, home to a contemporary sculpture garden that is considered one of Brazil’s best open-air exhibitions.

There is plenty to do. 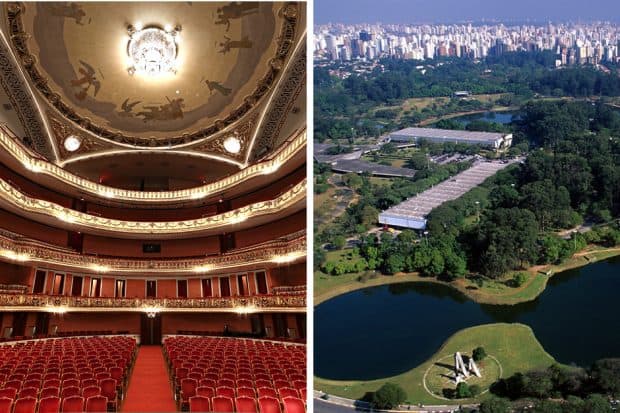 Visitors will be hard-pressed to find a city with such a wide array of experiences on offer. When not gallery-hopping and savoring meals at São Paulo’s finest restaurants, travelers have an endless choice of activities at their disposal, which means everyone—from sports fanatics to history buffs—will be satisfied. Our suggestions? Attend a football game at the world-famous Pacaembu Stadium, see the ballet or symphony at the Art Nouveau–style Theatro Municipal and take a historical tour of the downtown district, which illuminates São Paulo’s important colonial heritage. Fabulous shopping also abounds, as visitors can find anything from designer store–lined shopping streets (like Oscar Freire) to treasure-filled flea markets (such as Embu Das Artes). 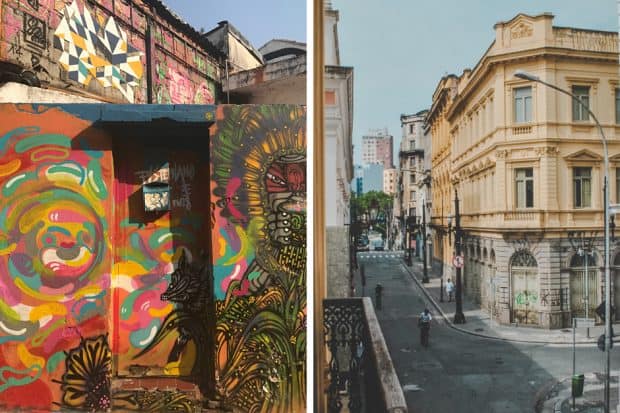 In the words of a local—otherwise known as a Paulistano—”São Paulo does not pretend to be anything it’s not.” The city’s high rise–filled streets are not particularly welcoming to the traveler, and many of its neighborhoods are plagued with petty crime. But traffic and smog aside, São Paulo is one of the most diverse cities in the world: the 19th and 20th centuries brought large numbers of immigrants from Japan, Italy and the Middle East, and these cultures are widely represented in many communities within the city. This diversity makes for a dynamic, global metropolis that also feels delightfully authentic. Travelers feel like explorers here, visiting a place where old-school samba bars sit beside legendary nightclubs and skyscrapers shade colonial mansions. Best of all, São Paulo wholly embraces its persona as Rio’s charmingly imperfect younger sibling, and today, is stepping up as a vibrant, exciting destination that is just hitting its stride.

Contact Indagare for assistance planning a trip to Brazil, and to learn about our upcoming design-focused Insider Journey to Brazil.