Indagare member Adele Helmers, an artist and Berlin resident, reflects on her experience traveling to Helsinki and Tallinn.

Contact Indagare for assistance planning a vacation to Helsinki and Tallinn. Our specialists will book you at the hotel that is right for you, plan great meals and activities, arrange behind-the-scenes tours and introduce you to our favorite guides.

My sister and I settled on Finland and Estonia after lots of brainstorming. We were looking for an off-the-beaten path destination that had lots to offer in terms of art, design and history, and would make for a truly educational experience. My sister wanted to visit a Nordic country, and I had been drawn to the Baltic states, so we decided to visit one of each. I’ve spent the past year going on solo trips around Eastern Europe to cities such as Bratislava and Krakow, and I knew I wanted to do something a bit different. Also, something that was a bit cheaper!

We began in Tallinn, which is an utterly fascinating city. It’s tiny, with only 1.5 million residents and noticeably un-touristed (in comparison to Helsinki, where tourists were everywhere). The city is having a cultural resurgence as of late, and is welcoming an influx of artists and young people who (like with cities such as Budapest and Lisbon) were drawn to the low cost of living. As a result, there is tons of art, design and great food, which makes the city just groovy! 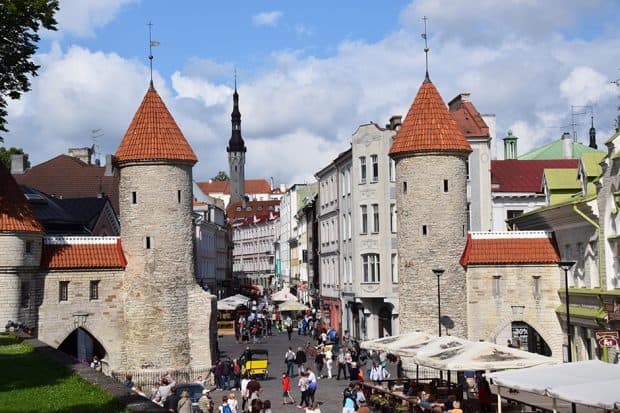 The old city of Tallinn, a UNESCO World Heritage Site, is extremely well-preserved. Everything is well painted; the cobblestones are neat; it’s a true storybook setting. But next to the beautiful old city are blocks of old, Soviet-style buildings, warehouses and abandoned train tracks that seem to be frozen in time. Another reason we wanted to visit Estonia was to experience a post-Communist society (the Communist regime is something we’ve learned about, but we have never experienced the effects first hand). It was fascinating to see. There are quite a few Russians still living in Estonia because the country used to be a part of Russia. In Tallin, everyone speaks Estonian, but during the Communist regime, everyone had to learn Russian, so the older generation speaks Russian and the younger generation speaks English. Still, most everyone we interacted with spoke some English. This is the case more and more now, especially with the ubiquity of American television!

In Tallin, the KUMU fine arts museum outside the city center was pretty fantastic. It is very well-designed and features some unbelievable Estonian artwork that was made before, after and during the Communist era, which gives you a great sense of the history that took place there. The Lahemaa National Park outside of old town was one of my favorite excursions. We walked around the bog and admired tiny old fishing villages situated next to grand German estates. The area was quaint and so beautiful. I want to come back and live here! Estonian culture is so rooted in the traditions surrounding storytelling and magic, which is evident everywhere; it really feels like something from a mythical fairytale. 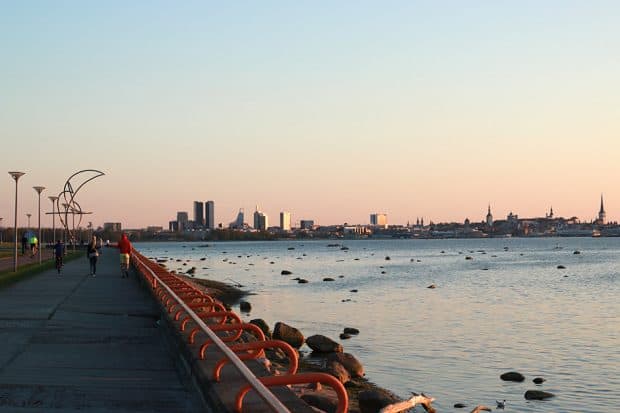 Also, in Tallinn, the restaurants were to-die-for. I was shocked! And the food is pretty cheap. Many local dishes are based around mushrooms (they are in season), and the tradition of picking and identifying different mushrooms is a big part of Estonian culture. In Tallinn, there is also a big beer scene. We stayed at the Schlossle Hotel, which was great and not crowded. schloesslehotel.com

Onwards to Helsinki, we took a business class ferry that felt like a cruise line (all you can eat, all you can drink!). On board, we were served lots of mushrooms, lots of fish and lots of alcohol! In comparison to Tallinn, Helsinki is cleaner and more developed, and the city itself is just gorgeous. It is also so much more expensive. Hotel Kämp was to die for and had an amazing spa. hotelkamp.com 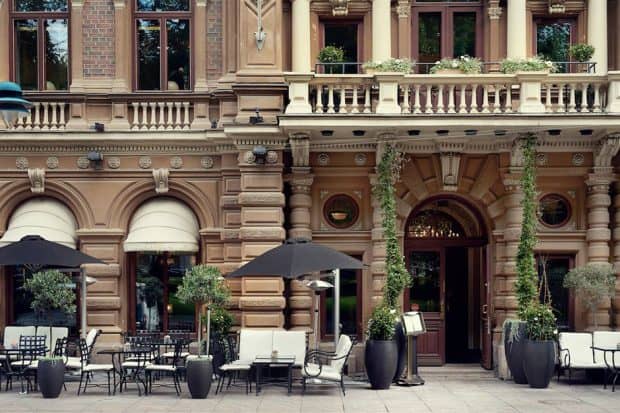 One day, we visited Porvo, which is a small town outside of the city filled with wooden houses, antique stores, coffee and chocolate shops. Gin, coffee and ice cream are the three staples of Finnish life, I think! There are also cool underground tunnels in the city that connect the big shopping areas, so during the winter, you can avoid the cold. It was also interesting to see stores with three sets of doors to keep the cold out. Because, it was pretty darn chilly when we were there! Everyone said “it’s so nice out!” – but it was freezing (even though we were there in the summer)!

Overall, our trip was fantastic. I felt a bit like an adventurer. I have been fortunate enough to travel to many European capitals and this was an entirely different type of travel experience. It wasn’t just looking at touristy sites; it was learning about history, culture, design and food. It was a true education.

“It wasn’t just looking at touristy sites; it was learning about history, culture, design and food. It was a true education.”