The residents of the Faroe Islands seem to be somewhat surprised by their islands’ recent popularity. Appreciative, and maybe a bit chuffed, but definitely a little confused.

Understated, polite and keeping to itself, the archipelago of 18 islands is a knockout destination that is coming onto the world’s stage. Visitors are drawn to its dramatic landscapes, phenomenal and much-lauded cuisine and for the opportunity to experience one of Europe’s most ancient cultures. And one of their most notable aspects, their modesty, makes them all the more endearing. 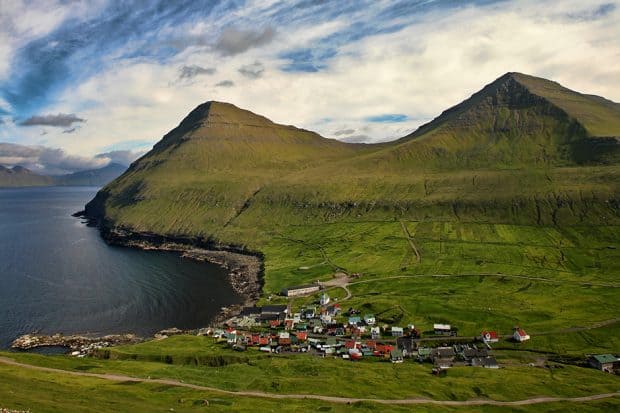 Although they act as guardians to a spectacular, jaw-droppingly beautiful domain, the Faroese way of life tends to be simple. In fact, daily rituals have not changed much in the millennium or so since the Vikings arrived and settled the windswept land. The primary source of income continues to be from fishing; sheep roam freely over hill, vale and roads; villages are isolated and some have populations as low as the double digits; cuisine is made up mostly of seafood (much of it salt-cured, dried or fermented); and people spend their free time knitting, making their distinct form of folk music and drinking house-brewed libations. The islands’ isolation from the rest of the world along with its fierce national pride and a healthy economy boosted by the strong fishing trade has allowed the Faroese society to remain steadfast in its patriotism. The result is a deeply rich, mostly undiluted culture that is ripe for anthropological study. 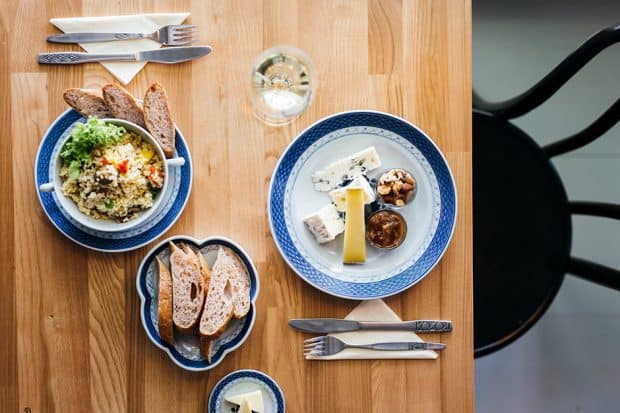 While the Faroese way of life may be simple, the landscape is not—with cliffs that plummet thousands of feet into roaring seas, gorges that look formed by dynamite, fjords that seem like optical illusions, miles of windswept vistas cut by roaring waterfalls and running through it all, roads that switch back and forth, winding like a toddler with a mind of its own. Tiny ponies, fluffy sheep and families of puffins keep warm in clusters, unconcerned by the heavy fog that rolls in and out and occasional but brutally strong gusts of wind. The few towns are made up of narrow, winding paths and brightly painted, saltbox homes with grass-roofed houses, which blow in the wind and resemble bad toupées. 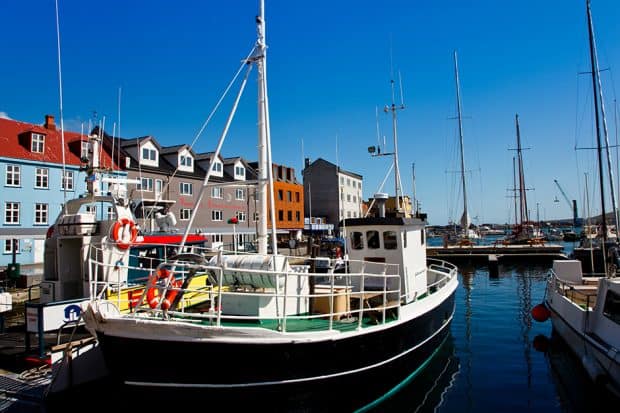 But talk to any locals about what they’re most proud of and it’s not the views but rather their heritage, which is the closest link that modern-day society has to Vikings. Even more so than Norway, Sweden or Denmark, the Faroe Islands hold the strongest link to Viking culture. Remains of the Vikings’ first parliament lie in the center of Tórshavn; archaeological remains including childrens’ toys, chessboards and oil lamps from the Viking era have been found during private home construction; and the Faroese national language is Old Norse, an etymology on par with Latin or Ancient Greek in its significance and age. Rather than merely celebrate the history of the land they occupy, the Faroese incubate their own culture as the living, breathing remains of their Viking ancestors. The result is one that is rich in its simplicity, and combined with the stunning landscape, needs to be seen to be believed. 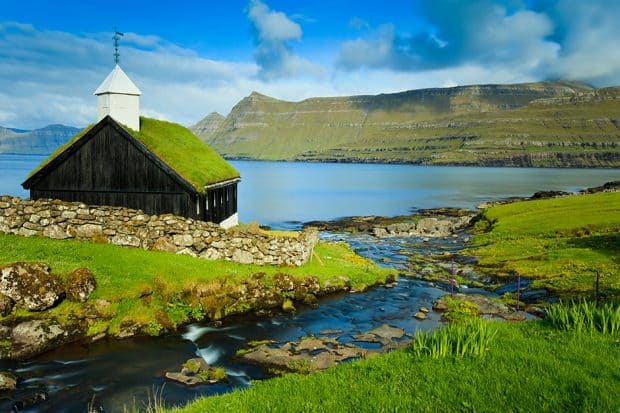 A stream running into the Funningsfjordur and a traditional turf or grass roofed church, located in the picturesque village of Funningur (courtesy Kimberley Coole)

I like to create personalities for the places I visit. I’ve written how Barbados is like an elegant Englishman and Namibia is a silent meditator. The Faroe Islands, in my opinion, is like a strong but silent cowboy with a jagged mountain range abutting his ranch who greets you with a nod and a shrug, saying, “Yup. It’s dramatic. But please don’t make a thing about it. Coffee?”