Photographer and Indagare contributor Karyn Millet traces the life of her long-lost ancestor—a famous painter who died on the Titanic—through the storied villages of England’s Cotswolds.

Growing up, photographer Karyn Millet thought her great-great-uncle’s story was too fantastical to be true. “It’s funny,” she recalls. “My dad always told me that we had a famous relative who died on the Titanic and was an artist, and I always thought he was joking.”

But the family lore was no myth. Millet’s ancestor was, in fact, the 19th-century American painter Francis Davis Millet, whose skills as an artist, writer and style-setter earned him international acclaim in the decades before his death on the ill-fated luxury liner in 1912.

“Uncle Frank,” as Millet has taken to calling him, went on to serve as the director of the American Academy of Art in Rome and the superintendent of decoration at the Chicago World’s Fair in 1893. He was an avid traveler who visited Panama, Japan, Russia and other countries, before moving to England to paint. Francis was returning to the United States to join in the debate at the U.S. Commission of Fine Arts about the placement of the Lincoln Memorial in Washington, D.C., when he went down with the Titanic.

It wasn’t until she was an adult that Karyn Millet found herself reflecting more deeply on Francis. An accomplished photographer whose work has appeared in such magazines as House Beautiful, Coastal Living and Condé Nast Traveler, Millet says she related to this ancestor as an artist.

With the recent passing of her father, who had initially sparked her interest in Francis, Millet turned to his youngest brother to learn more about her family tree: a search that would take her more than 5,000 miles from her home in Los Angeles to the English countryside where Francis produced some of his greatest work. 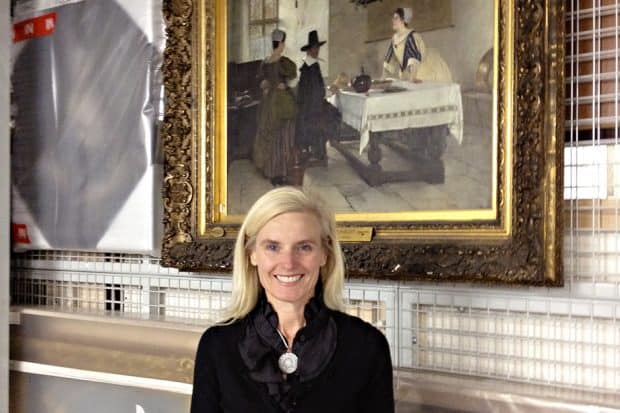 Karyn Millet’s uncle sent her the information and keepsakes he had acquired over the years.  Millet also found the 2010 book Francis Davis Millet: A Titanic Life by Peter Engstrom, a Massachusetts history teacher who now lives in Francis’s former studio in East Bridgewater, Massachusetts. “From that book, I learned about Frank’s time in the village of Broadway, in the English Cotswolds,” Millet recalls. “I looked it up and contacted the local tourism board. A lady there responded to me and said, ‘Oh, we all know who your uncle is!’ It just started unfolding from there.”

Millet didn’t waste any time planning a trip to Broadway, and soon she found herself crossing the Atlantic Ocean from America to England, reversing the direction of Francis’s fateful last journey. Upon arriving in England, Engstrom’s volume in hand, Millet set about retracing her great-great-uncle’s path. The book describes the time Francis spent with his wife, Lily, at Abbots Grange, a former monastery in Broadway that he used as a painting studio.

Before setting off in search of the grange, Millet visited London’s Tate Gallery to get a glimpse of the property in one of Francis’s most famous pictures, Between Two Fires, which is housed there. “They pulled this beautiful painting out from storage for me so I could see it,” she remembers. “And you can clearly see that it’s Abbots Grange.” 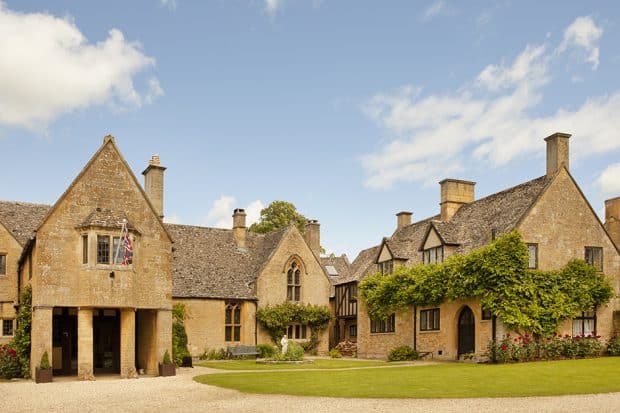 The grange’s picturesque setting in the Cotswolds and the sense of community fostered by Francis and Lily created an incubator for artistic inspiration. “Lily and Frank were first, and then everybody kept coming because it was so inexpensive, and you’re right in the middle of the countryside,” Millet explains. “Word got out that the price was right, and Abbots Grange was a very supportive community.”

The grange attracted an incredible string of luminaries, including Henry James, Oscar Wilde, John Singer Sargent, Claude Monet and Mark Twain (who had served as best man at Francis and Lily’s wedding). Millet recalls a particularly moving incident in which Sargent arrived at the Grange distraught after a society woman in Paris had disapproved of his rendering of her and left him questioning his future as an artist. “He came to Frank and Lily’s and was really despondent and didn’t want to pick up a paintbrush,” says Millet. “Then, he was sitting in the garden one evening, and Frank and Lily’s daughter was lighting paper lanterns and setting them out amid lilies and roses. And Sargent said, ‘I have to paint this.’” His resulting masterpiece, Carnation, Lily, Lily, Rose, is today on display at the Tate.

Part of the Story 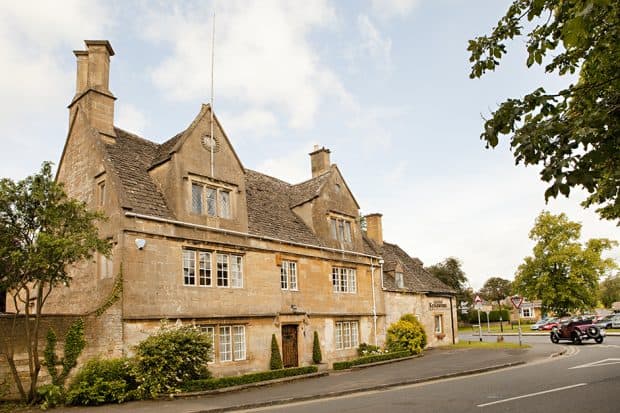 Millet’s research in Broadway unfurled in unexpected ways, often with the assistance of strangers. “Frank and Lily lived in two houses in the village, and I’ve actually been in both of them,” says Millet. “The first was called Farnham House. John and Pam Newt live there, and when they heard we were in town, they invited us to tea. They had a few of my uncle’s paintings, and I was able to purchase one. It’s in our living room right now.”

Lily and Francis’s second home, Russell House, is currently occupied by Malcolm Rogers, the former director of Boston’s Museum of Fine Art, and when he and his partner hosted an art show there, Millet recalls, “they had our whole family tree laid out on the table. It was so nice to see the history celebrated like that.”

Indeed, the entire village seemed to participate in Millet’s search for her family history. “Everyone knew we were there visiting,” she says. “The artist Jeremy Houghton, who was commissioned by the queen to paint images of the competitors in the 2012 Olympics and Paralympics, is based in Broadway and is an expert on my uncle. He gave me a tour in his vintage sports car and shared with me what he knew about my uncle. He’s given talks on him.”

Millet’s voice swells with excitement as she relives her Broadway venture. “It was like being on a scavenger hunt, because I took [Engstrom’s] book with me and would read parts of it while I was there and think, ‘Oh, my gosh, I’m sitting on the same green right here!’” she says. 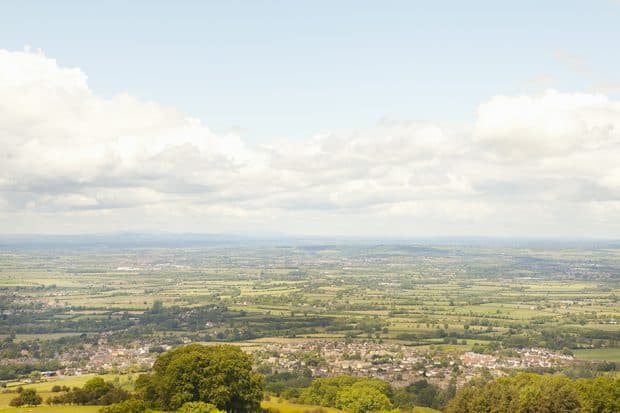 Her quest also took her to an 18th-century tower perched on Broadway Hill overlooking the countryside. “The Broadway Tower is this beautiful folly to which Uncle Frank and his friends would ride bikes and then have picnic lunches. We went up there, as well,” she recalls. “It was a lovely retracing of their tracks. We climbed up to the top and looked out over the village of Broadway and thought, ‘Wow, this is the vista that they would have seen and been inspired by!’”

Although Millet had read about Francis’s life before traveling to England, the experience of actually standing where he and Lily once stood was incomparable. “I knew some of the story beforehand, but this trip made it real,” she says. “It wasn’t just a story anymore. I was part of the story.” 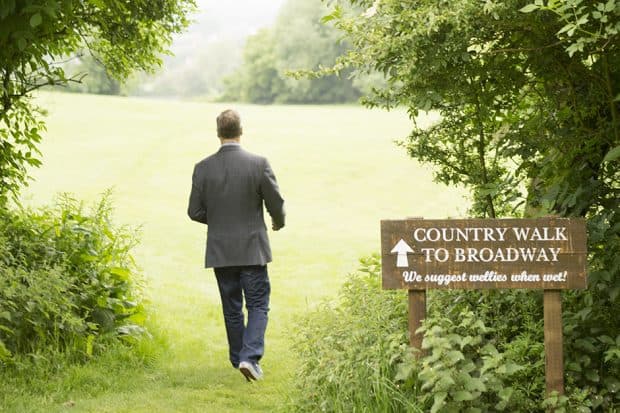 Millet’s immersion in her ancestry was so inspiring that she returned to the Cotswolds soon after her first trip. “I went back to Broadway because I got married and wanted to share this with my husband, Dan,” she says. “After our honeymoon, we thought: ‘Where are we going now? Let’s go to Broadway!’”

The pair stayed at the Foxhill Manor, which Millet gives high marks: “It is such an amazing place.”

The luxury of the accommodations, however, did not distract Millet and her husband from continuing her search for her great-great-uncle’s legacy and honoring the creative spirit of the Abbots Grange artists’ colony. “Dan is an investment banker but also an artist,” Millet says, “So, we took an art class together in Broadway. We walked into town for the class, passing through sheep meadows and little gates, and when we finally got to the class, we were late. But the teacher said, ‘Not to worry! We knew you were on the way, we got word.’ We had walked through these farms, and there had been communication among them all!”

Millet feels her experience points to a lesson for all travelers: encounters with local community members can turn a conventional trip into a transformative journey. “I would encourage people to travel with someone who is open,” she concludes. “Both my husband and my mother are like that. Sometimes I’m more reticent, because I’m behind the camera, trying to be subtle and to get candid pictures. But talking to people always ends up turning into something wonderful.” 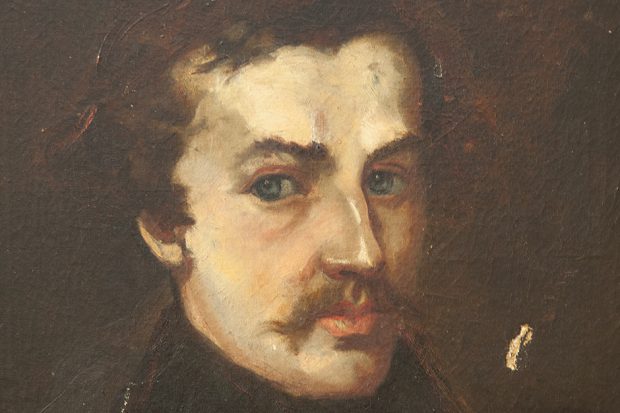 Millet’s trip to commemorate her great-great-uncle brought her into contact with a group of strangers who had been honoring his legacy all along. Her efforts, however, have a more personal resonance, and not just because of her kinship with Francis. Her journey of remembrance can be seen, in part, as a parting gift to her father. “My dad would be so happy,” she says. “He would have loved that I made these trips.”

Contact Indagare to speak to a travel expert and begin planning a trip to discover your own ancestry.