Why to Travel to London This Fall 2019: The Best New Hotels, Restaurants, Shops and More

Though London may seem more appealing during warmer months, insiders know that the city is at its most charming when temperatures starts to drop (and rain is a constant). This is when the city moves indoors—to cozy up beside crackling fireplaces in old pubs, meet for meals in the buzziest new restaurants and stroll around the latest (and greatest) exhibitions. There are plenty of reasons to do that right now. And if the sun does come out, layer up and head to the glorious parks or wander along the Thames. Bring your brolly, as a Londoner would say, and be prepared for a dazzling few days in the British capital.

Contact Indagare for assistance planning a customized journey to London. 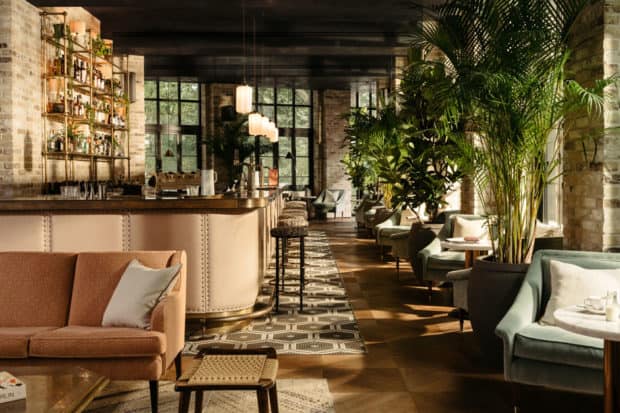 Hong Kong brand Page is opening a boutique bolthole just off Trafalgar Square, next to St Martin-in-the-Fields church and opposite the National Gallery, while a little to the north is Treehouse Hotel, the latest from hotel supremo Barry Sternlicht (the brains behind 1 Hotels and Baccarat), debuting this winter opposite the BBC’s Broadcasting House and promising to bring a playful (and sustainable) addition to London’s hotel scene. Just a hop and skip away from Oxford Street, Regent Street and Bond Street, it’s also a top spot for shopping.

Finally, Sherlock Holmes fans will be intrigued by the Great Scotland Yard Hotel, an über-luxe offering from Hyatt that opens in November in the city’s former police headquarters. The building, dating from the 1820s, has featured in the works of both Arthur Conan Doyle and Charles Dickens, so there’s plenty of history, as well as two restaurants by Robin Gill (The Yard and The Parlour), and two bars and a colonial-inspired tea room.

When Jonny Lake, the former executive head chef of Heston Blumenthal’s group, announced a new partnership with another Fat Duck alumnae, master sommelier Isa Bal, Londoners sat up and took notice. Opening near London Bridge this winter, Trivet promises to be a relaxed dining spot with a strong focus on fine British ingredients and a cracking wine list.

Over at Claridge’s, a new restaurant with Daniel Humm of Eleven Madison Park at the helm is stirring up a lot of interest. They are not breathing a word about the menus yet, but it’s bound to be a hit. Sir Terence Conran, meanwhile, is launching a seasonal-focused restaurant at The Boundary hotel in Shoreditch, in collaboration with chef Richard McLellan. Ingredients at The Wilder will be sustainable and largely sourced from Conran’s own 145-acre estate, Barton Court.

Following the death of Joël Robuchon last year and the closure of L’Atelier de Joël Robuchon, fans are delighted that a new two-restaurant concept is opening on Bolton Street in Mayfair. First up is Le Comptoir Robuchon on Clarges Street, a smart brasserie-style eatery, followed by Le Deli Robuchon, around the corner on Picadilly.

Gabriela Hearst’s first flagship store, opposite Claridge’s, has caused a flurry of interest among London’s well-heeled. Designed by Sir Norman Foster, the light-filled space perfectly showcases her take on sustainable, low-footprint luxe, with beautifully crafted fashion and accessories (including her must-have bags). Nearby is the new Casa Loewe on Bond Street, a three-story emporium stocking the very best of the Spanish brand, including an installation space for a rotating roster of artists.

Photographers will enjoy a stroll around the Leica flagship on Duke Street, offering in-house experts, workshops and a gallery space. The world’s oldest travel bookstore, Stanfords, is now also the world’s largest, located in shiny new premises on Mercer Walk. Over in Coal Drop’s Yard, the coolest new corner of Kings Cross, is Samsung KX, more of an interactive playground than a shop, with gaming areas, DJ events and a digital graffiti wall. 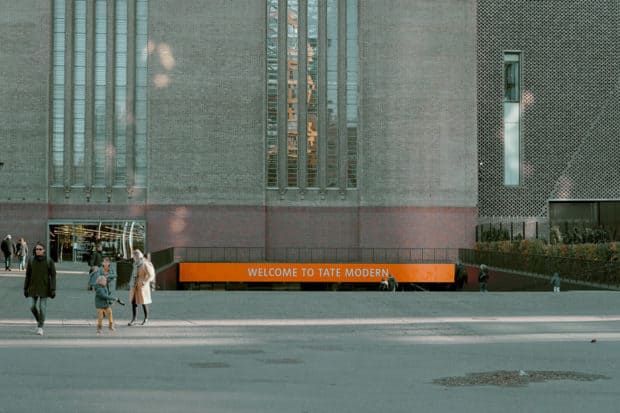 The National Gallery hosts the first-ever exhibition of Paul Gauguin’s portraits, while the Royal Academy is showcasing Lucian Freud’s self-portraits. “Cars” at the V&A, meanwhile, chronicles the role of the automobile in human history, and, for a last-chance look at the treasures of Tutankhamun’s tomb, hot-foot it to the Saatchi Gallery.

But top pick is the Tate Modern’s major retrospective of Nam June Paik’s work, “The Future is Now,” a thought-provoking riot through five decades of cutting-edge art from the video installation pioneer.

Contact Indagare for assistance planning a customized journey to London.