The South Of France: What’s New This Season

Beyond the timeless allure of the South of France, these newsworthy openings provide even more reason to plan a trip to this iconic French idyll right now.

Contact Indagare to learn more and book a trip to the South of France. Our travel specialists can match you with the best hotels, arrange great meals and activities and organize special excursions. 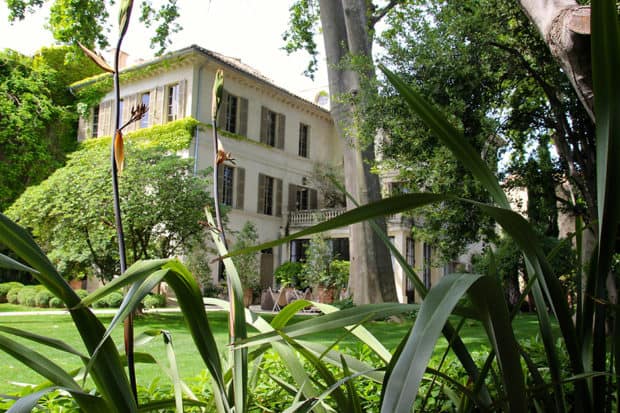 In Avignon, amid the jumble of ancient streets, quiet squares and the medieval Papal Palace, La Divine Comédie is a delightful spot to spend a weekend in the quaint French Village. A former cardinal’s residence, this super-stylish jewel box B&B is hidden away behind a gate inside the city’s largest private garden. The gorgeously restored five-room guest house is run by gracious Parisian owners and has everything from a stone pool and spa to a romantic orangerie, where private dinners à deux can be arranged. Rooms are furnished with a theatrical mix of handpicked antiques, artwork and contemporary furnishings. Guests can spend their time exploring the property’s flower-filled secret gardens or watching the sunset with a glass of Côte de Rhone from the terrace. 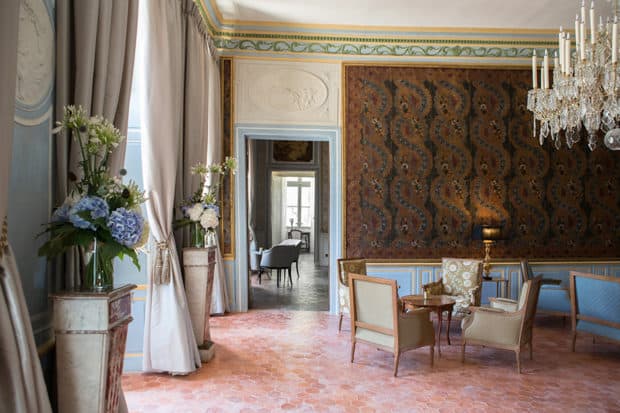 Just about ten miles outside of Aix-en-Provence (where the world’s largest Picasso museum is slated to open in 2021), the spotlight is back on Château La Coste, whose intimate restaurant Louison earned one Michelin star only one year after opening. Add to that a snazzy new Argentinian eatery, masterminded by celebrated asada-grilling gaucho chef Francis Mallmann; a Renzo Piano–designed photo gallery; and a spa with custom organic treatments made from local plants, clay and citrus, and the result is culinary magic à la française.

Down the road, also located in the tiny village of Le Puy Sainte-Réparade, is the recently opened Château Fonscolombe, a superbly restored 18th-century mansion. Formerly the private home of two well-known local families, Château Fonscolombe has its own vineyard, a vast botanical park and lovely Provencal-inspired rooms. 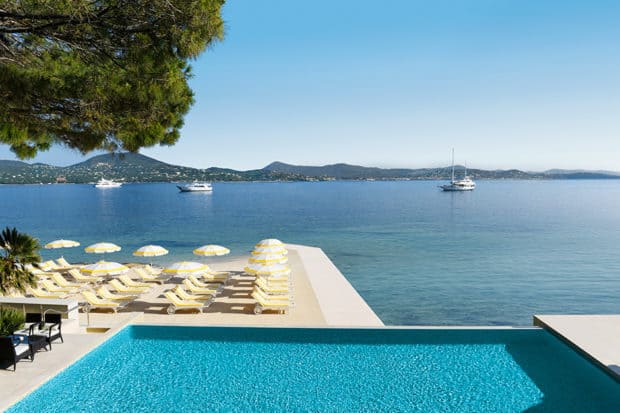 With Saint Tropez less than a two-hour drive away, you don’t have to be a serious foodie to visit Résidence de La Pinède, which is undergoing a massive facelift now that luxury hotel group Cheval Blanc (of LVMH) has taken over the management. Everything from the waterside three-Michelin-starred La Vague d’Or (headed by chef Arnaud Donckele) to a dozen newly outfitted rooms designed by Jean-Michel Wilmotte (know for La Réserve de Ramatuelle) is an ode to sleek, understated elegance. The property welcomed a sleek, five-room Guerlain spa in May.

Also on our radar is Couvent de la Visitation, an 88-room luxury palace, opening in 2019. The sprawling 17th-century convent in Vieux Nice is now in the throws of a massive 30-million-euro restoration. 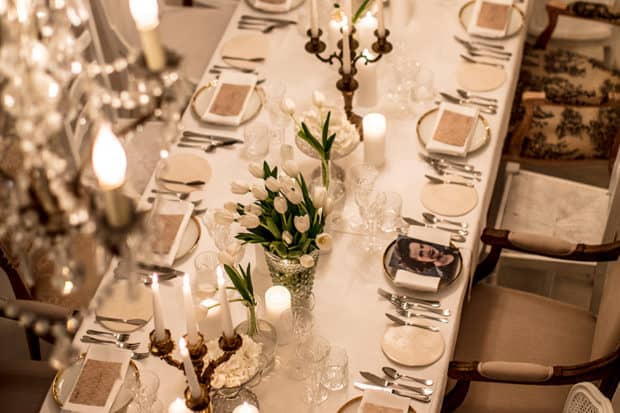 Provence’s culinary scene is even more noteworthy now that chef Christophe Bacquié was awarded the holy trinity of Michelin stars at his restaurant at the Hôtel & Spa du Castellet, in the hills near Bandol, which recently received a design refresh.

If you’re starting or ending your journey in Nice, don’t miss a meal at Maria, a new stylish private dining room connected to (and across the street from) Restaurant Jan, located behind the Old Port. Designed for special occasions, this bespoke annex is the brainchild of talented Michelin-starred chef Jan Hendrik van der Westhuizen, whose exquisitely flavorful mix of South African-meets-French cuisine is as wildly original as it gets. Named after the chef’s mother and grandmother, Maria seats 6-14 guests. Guests dine comme à la maison at a long oak table in a room lined with vintage portraits of women, as the chef whips up meals (many of which are elevated interpretations of South African dishes like melktert and biltong) from the open kitchen.

French art lovers and foodies find common ground with an ultra-special dinner experience now offered at Villa Santo Sospir. The former home of socialite Francine Weisweiller, the seaside villa was the location of many star-studded 1950’s parties, playing host to the likes of Coco Chanel and Pablo Picasso. But Villa Santo Sospir is widely known for the intricate frescoes painted on its walls by artist Jean Cocteau, many of which were inspired by Greek mythology, which led to the villa’s nickname of ‘the tattooed house.’ Today, guests of the iconic Grand-Hotel du Cap-Ferrat can arrange a private dinner prepared by chef Yoric Tièche, whose Provençal-meets-contemporary French flavors have earned him a Michelin star. A visit offers guests a glimpse into the lives of the residence’s former bon vivants—reminding us just how grand the living can be. Contact Indagare to arrange. 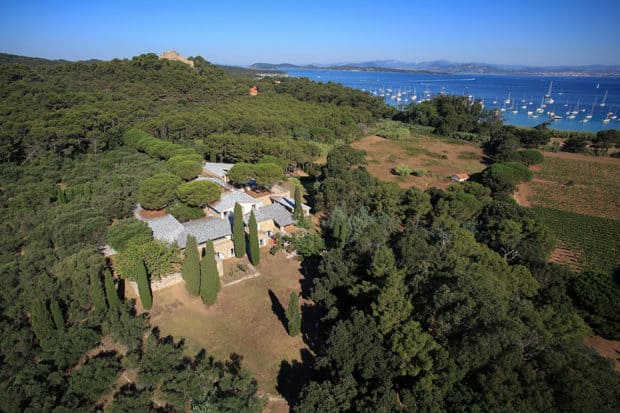 If you’re sailing to the island of Porquerolles this summer, don’t miss a visit to the newly opened Carmignac Fondation, a contemporary art center built on a vineyard in the heart of the woodsy government-protected National Park, just minutes from the beach. The inaugural exhibition, “Sea of Desire,” features an eclectic combination of 20th-century American icons and contemporary European artists, plus a Louis Benech–landscaped garden lined with sculptures. There is also a wine tasting lounge.

Contact Indagare to learn more and book a trip to the South of France. Our travel specialists can match you with the best hotels, arrange great meals and activities and organize special excursions.