Arts & Culture Preview 2019: What To See This Season

From New York to Houston, Amsterdam to London, Paris and beyond, Indagare has scouted the very best of the season in the worlds of art and fashion, theater, opera, ballet and classical music, just for you. Whether your passion is da Vinci or Dior, Matthew Broderick or Nathan Lane (not together, this time around) or an opera about Jack The Ripper (drama guaranteed), we bring you the top art exhibitions and the hottest tickets for spring 2019. Here is Indagare’s Culture Preview, with our picks for travelers.

Contact Indagare to plan a trip to one of these culturally rich cities. Our trip designers can customize your itinerary, secure hard-to-get tickets and arrange behind-the-scenes tours around your interests and passion points.

Among the numerous shows dedicated to Leonardo da Vinci, as part of the quincentennial of his death, one drawn from the British monarch’s collection, which holds more than 500 drawings by the Italian genius, will be among the finest. This spring, 200 of them go on display at the Queen’s Gallery, Buckingham Palace—a once in a generation showing. May 24-October 13; rct.uk.

In 1947, the couturier Christian Dior altered fashion irrevocably with his New Look, which both redefined the female silhouette and gave impetus to the post-war clothing industry. This show at the Victoria & Albert presents more than 500 objects, including 200 rare pieces, alongside accessories, fashion photography and film. It also reveals the designer’s special regard for England and British culture—and clients that ranged from Nancy Mitford to Princess Margaret. Through July 14; vam.ac.uk. 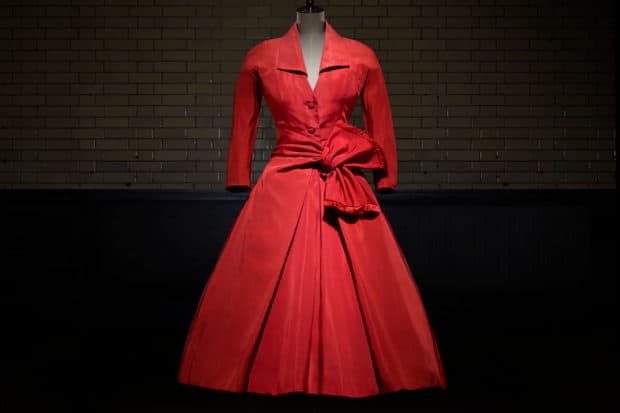 This exhibition brings together more than 50 works: portraits, landscapes, and still lifes—both sketches and paintings—from leading collections in Europe, including the Van Gogh and Kröller-Müller museums in the Netherlands, among others, and the United States. The show, which includes one of the artist’s beguiling self-portraits, and works rarely put on display, provides a chronological overview of the full range of Van Gogh’s achievement. March 10-June 2,; mfah.org. 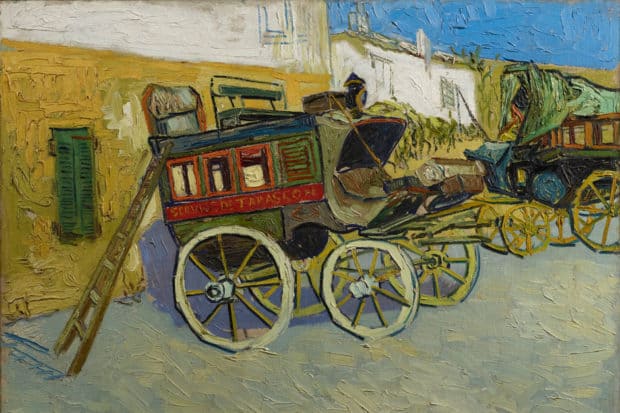 Fra Angelico and the Rise of the Florentine Renaissance, Prado Museum

Of the world’s great museums, Madrid’s Prado is certainly one of the most beloved. Established in 1819, it is celebrating its bicentenary with exhibitions inspired by its remarkable collection. The show, Fra Angelico and the Rise of the Florentine Renaissance, investigates the central role of the painter in 15th-century Florence. His Annunciation is the focus, here augmented by two recent acquisitions, the Alba Madonna and the Funeral of Saint Anthony Abbot, both from the collection of the Duke of Alba. May 28-November 15; museodelprado.es.

Rembrandt at The Rijksmuseum and the Mauritshuis

The year 2019 marks the 350th anniversary of the death of Rembrandt van Rijn. All the Rembrandts, the title of the Rijksmuseum’s exhibition, promises a display like no other: 22 paintings, including the celebrated Night Watch, 60 drawings (many rarely shown), and 300 prints. Through June 10; Rijksmuseum.com.  An hour away by train lies The Hague and the Mauritshuis, which showcases its own remarkable collection: 18 Rembrandt paintings, part of the exhibition Rembrandt and the Dutch Golden Age Year. Through September 15; mauritshuis.nl.

Related: Where to Eat, Shop and Explore in Amsterdam’s Nine Streets and Jordaan Neighborhoods 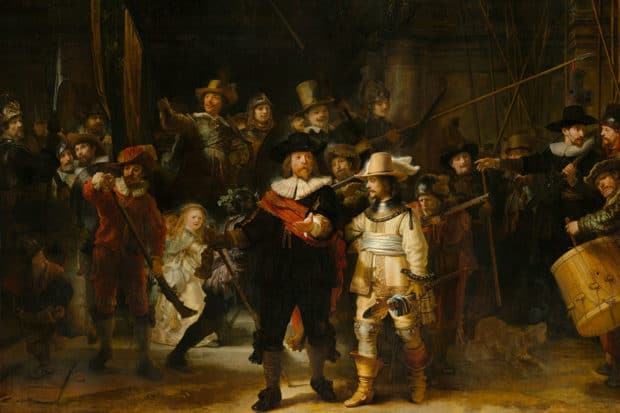 Following a sold-out run at the National Theater, the acclaimed play by the National Theatre and Neal Street Productions transfers to the West End. The story follows the path of three brothers from Bavaria, their arrival in New York, and the collapse 163 years later of the Lehman Brothers firm they had established. The cast features Simon Russell Beale, Adam Godley, and Ben Miles, as the brothers, their sons, and grandsons. Sam Mendes directs. Opens May 11; nationaltheatre.org.uk. 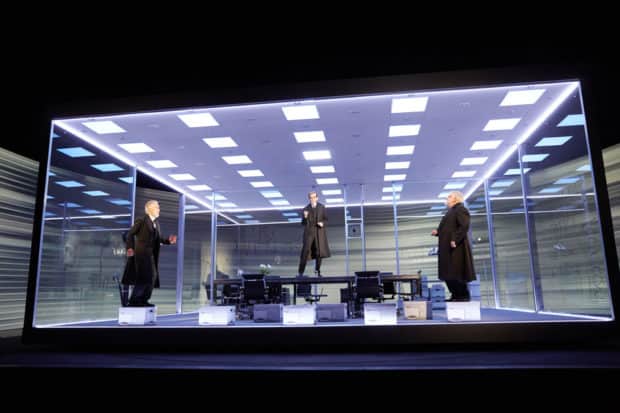 Ben Miles, Adam Godley and Simon Russell Beale in The Lehman Trilogy at the National Theatre. Photo by Mark Douet.

Matthew Broderick makes his London stage debut in Kenneth Lonergan’s moving, comic play about an astronomy professor, and the limitations drawn by dimming professional aspirations and opportunity, and a numbing marriage. Elizabeth McGovern, who appears with Broderick for the first time, plays his wife in this production staged by Sam Yates. Opens May 16. Delfontmackintosh.co.uk.

George C. Wolfe directs two of today’s leading comic stage actors, Andrea Martin and Nathan Lane, in Taylor Mac’s much anticipated comedy, set during the later Roman Empire, at the conclusion of Shakespeare’s tragedy Adronicus. In the aftermath of a gory civil war, two servants, played by Martin and Lane as Gary, go about the task of cleaning up—cheerily if warily—the wages of violent bloodshed, in a nation unmoored. Opens April 11; garyonbroadway.com.

John Guare’s new play centers around a stockbroker, played by John Larroquette, and shifts between the present day and the 1970’s, and Manhattan and Nantucket island. Roman Polanski, Walt Disney and the writer Jorge Luis Borges are among an array of characters, amidst scenes that include murder, a pornography ring, and a lobster. Jerry Zaks directs a cast that features Will Swensen, Douglas Sills, and Tina Bunko. Opens March 18; Lct.org. 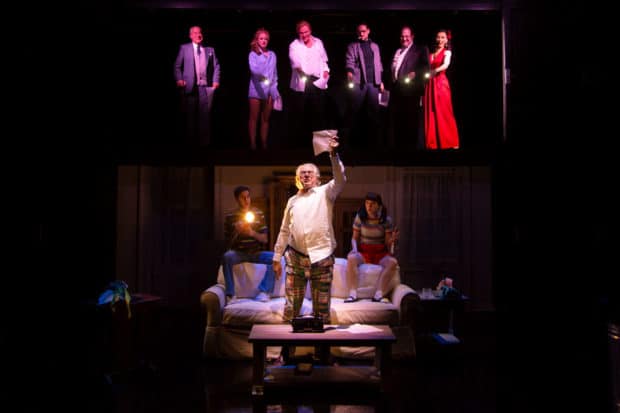 Iolanta and The Nutcracker, Palais Garnier

Tchaikovsky’s last two dramatic works, Iolanta, a one-act opera about a princess blind from birth, transformed by love, and the popular ballet The Nutcracker, were originally produced as a double bill, in 1892 at St. Petersburg’s Mariinsky Theater, the year before the composer’s death. They are rarely performed as a pair (the Nutcracker has become a worldwide holiday staple). The Paris Opera brings them together in this novel staging by Dmitri Tcherniakov. May 9-24; operadeparis.fr.

This year marks the 150th anniversary of the death of French composer Hector Berlioz, and his achievement is being celebrated worldwide, no less in Paris. At the Cité de la Musique complex’s Philharmonie de Paris concert hall, designed by Jean Nouvel, a weekend of programs devoted to the composer features his grandly scaled Te Deum, performed by vocal soloists, choruses and the Orchestra de Paris, led by Kazuki Yamada. May 24-26, 2019; philharmoniedeparis.fr. 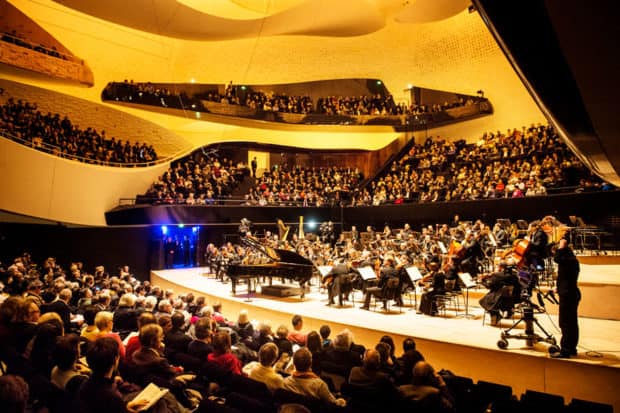 In December, the Royal Opera House inaugurated, as part of a building-wide renovation, the handsome Linbury Theatre, an intimate 406-seat, second stage that had previously been little more than a black box space. Later this month, it is the venue for the Royal Opera production of George Frideric Handel’s Berenice, a tale of romantic intrigue and rivalry, which premiered in 1737 at the Covent Garden Theatre—a forerunner of the Royal Opera House. March 27-April 7, 2019; roh.org.uk. 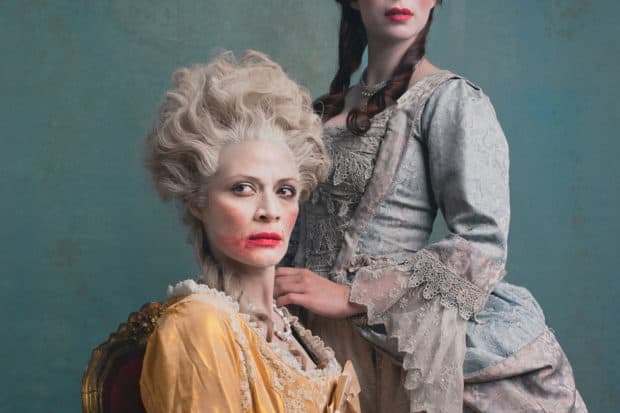 Jack the Ripper: The Women of Whitechapel, The Coliseum

The English National Opera presents the world premiere of this work, with music by British composer Iain Bell and libretto by Emma Jenkins, and a starry cast that includes Josephine Barstow, Susan Bullock, Lesley Garrett, and Janis Kelly. The plot brings focus to a group of impoverished women who band together to survive the terror brought about by London’s most notorious serial killer. March 30-April 12; eno.org.

The topic of immigration has never been as prevalent as it is today. Its transformative cultural effects are at the heart of Carnegie Hall’s latest—and largest—festival: Migrations: The Making of America. Programs examine the musical legacies of the Scottish and Irish; Jews from Russia and Eastern Europe; and the exodus of African Americans from the South to industrialized cities. Performances by leading artists, including Chris Thile, range from bluegrass and folk to klezmer, blues to jazz, and much more. March 9-May 2019; carnegiehall.org. 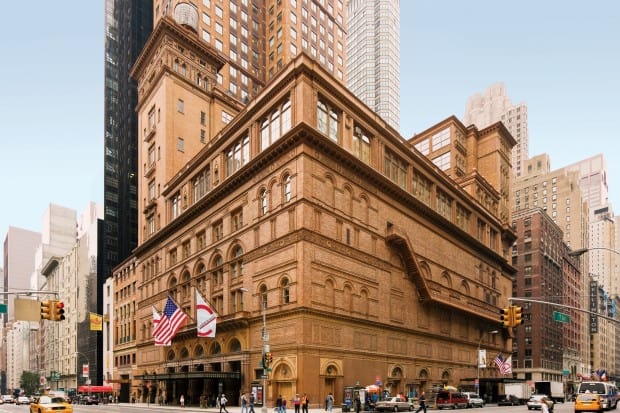 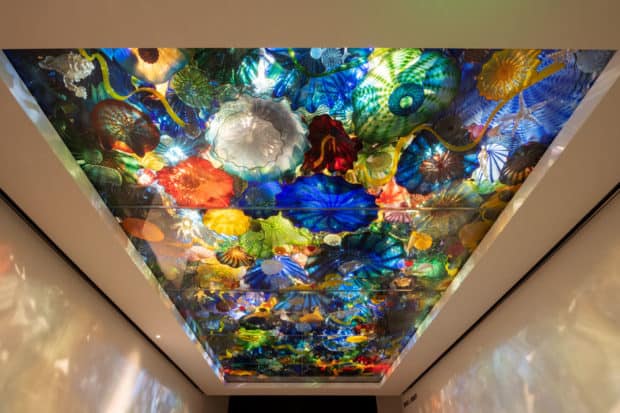 A little more than 10 years ago, the Museum of Islamic Art, designed by I.M. Pei, opened its doors to the public.  Now, the dazzling National Museum of Qatar, also set along the Corniche, and designed by Jean Nouvel, adds to Doha’s luster with a 559,000-square-foot complex, including gardens, that incorporates the restored historic palace of the Royal Family, with permanent exhibitions on cultural, political, and environmental history, as well as art and artifacts. Opens March 29, 2019; qm.org.qa.

Contact Indagare to plan a trip to one of these culturally rich cities. Our trip designers can customize your itinerary, secure hard-to-get tickets and arrange behind-the-scenes tours around your interests and passion points.