Long celebrated for its quintessential Parisian charm and intellectual history, the Rive Gauche also offers some of the top shopping in Paris. Here, Indagare rounds up our favorite shops in two of the Left Bank’s most charming neighborhoods, the 6th and 7th arrondissements, home to the chic literary quartier of Saint-Germain-des-Prés and iconic sites like the Eiffel Tower.

Isabel Marant (1 Rue Jacob; +33 1 4326-0412): Isabel Marant is one of those designers who may have boutiques in Hong Kong, Los Angeles and New York, but making the pilgrimage to one of her Parisian outposts is still a must-do for the fashion-obsessed. Her chic bohemian designs are hipper than Chloe or Prada and cost a fraction of the price. There are four locations in Paris, but it’s worth visiting the one on Rue Jacob, given its proximity to her husband’s cool accessories store, Jerome Dreyfuss, located just next door.

Dries Van Noten (7 Quai Malaquais; +33 1 4427-0040): To showcase his women’s and men’s collections, Belgian designer Dries Van Noten opened a gorgeous gallery in a former bookstore on the Seine, facing the Louvre. It may not be a museum, but browsing through his beautiful clothes feels like a form of art appreciation. The French have loved the designer since he showed his first collection here in the early 1990s, and clearly they still do. 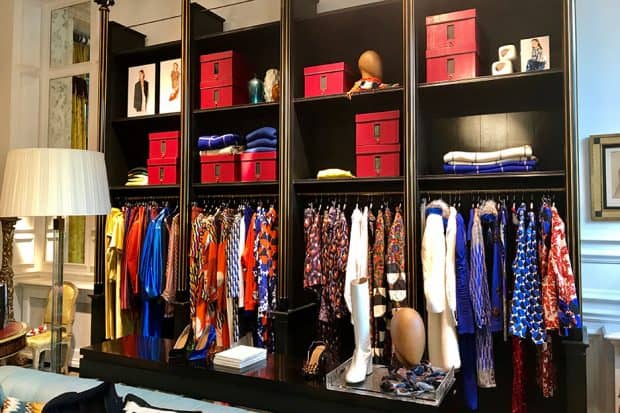 Hermès Rive Gauche (17 Rue de Sèvres; +33 1 4222-8083): After a century nestled on the Rue du Faubourg Saint Honoré, Hermès finally arrived in St.-Germain-des-Près in 2010. The minimalist-chic space feels smaller and more curated than the large (and often overrun) Right Bank branch. It’s a stunning space in the former swimming pool of the Hotel Lutetia built in 1935 and a must for stylish travelers.

Le Bon Marché (24 Rue de Sèvres; +33 1 4439-8000): If you only visit one department store in Paris, make it this grande dame on the Left Bank. It may be the city’s oldest department store—it was founded in 1848—but don’t be fooled by the 19th-century exterior (in the Rue de Babylone entrance, note the mosaics of items once sold here). Following its acquisition by LVMH, the French luxury goods conglomerate, it has evolved into one of the most exclusive stores in Europe. La Grande Épicerie, Le Bon Marché’s sprawling food hall, is just across the street from the main store.

Shopping in Paris used to be a thrill for me because it was truly treasure hunting, and I could find things that were not available anywhere else. Now, you can find the same brands almost everywhere or online. Well, thanks to Salon Septième, a private atelier founded by American fashion executive Nancy Pedot, I—and other fashion lovers—have a reason to go to Paris to shop again. After a career in retail at mega companies like Gymboree and later French labels like Comptoir des Cottoniers, Pedot decided to focus on true French artisanship. She works with the finest mills, the same ones that manufacture for Hermès and Chanel. In her salon in the Seventh Arrondissement, not far from the Champ de Mars, you can peruse the color palettes and classic styles and work with Nancy and her team to create your own look and collection: Double face cashmere wrap coats that can be paired with organza shawls (perfect for travel) for evening. Hammered silk blouses in jewel tones worn with long skirts could be my new office uniform. Each piece I slipped on was luscious and luxurious in terms of its material and its tailoring, like the very best Saint Laurent or Gucci pieces that I have of my mother’s. And I was certain my daughter would want to borrow anything I bought. There is nothing trendy or fast-fashion about these clothes. They are classic, timeless and made to last. Make an appointment on your next trip to Paris. You will thank me, and Nancy! — Melissa Biggs Bradley

Assouline (35 Rue Bonaparte; +33 1 4329-2320): This flagship bookstore of French publishing house Assouline carries all of their titles. Library objects and seductive coffee table books on art, fashion, travel and lifestyle topics line the walls and are stacked on tables. Many of their series come in creative boxed sets, perfect for hostess gifts. 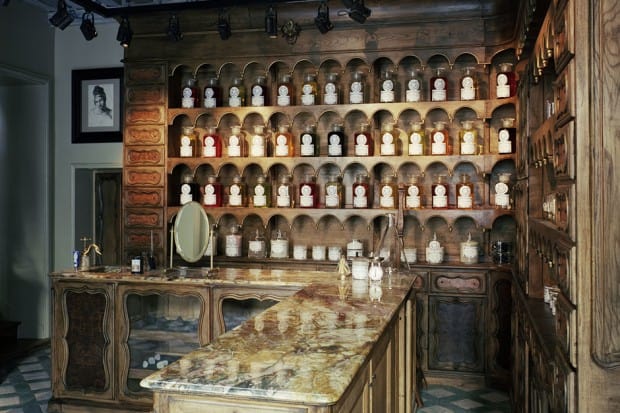 Cire Trudon (78 Rue de Seine; +33 1 4326-4650): Cire Trudon has been making bespoke candles for centuries, and chic Parisian ladies, such as designer Isabel Marant, know there is no better housewarming gift. You can specify the color, shape, size and scent of your custom candle, or pick up one of the wonderful signature examples, some of which are themed or shaped like historic figures. The company was granted the royal warrant in the 17th century and has created candles for such legendary design houses as Guerlain, Hermès and Dior.

Deyrolle (46 Rue du Bac; +33 1 4222-3007): The fantastic, nearly 200-year-old taxidermy shop that Adam Gopnik wrote about so memorably in The New Yorker is worth a visit, especially if you are trying to entertain children who are being dragged along on a shopping spree. On the bottom floor of the 19th-century Beaux Arts building is Le Prince Jardinier. Climb the winding wooden stairs, though, and you will think that you have entered a natural history museum set in a palace. The grand salon rooms have ornate wood paneling and chandeliers fit for diplomatic entertaining, but the creatures that inhabit them are stuffed elephants, polar bears and tigers. Small glass shadow boxes of butterflies and beetles are among the easiest exports, but the store does ship larger specimens around the world. 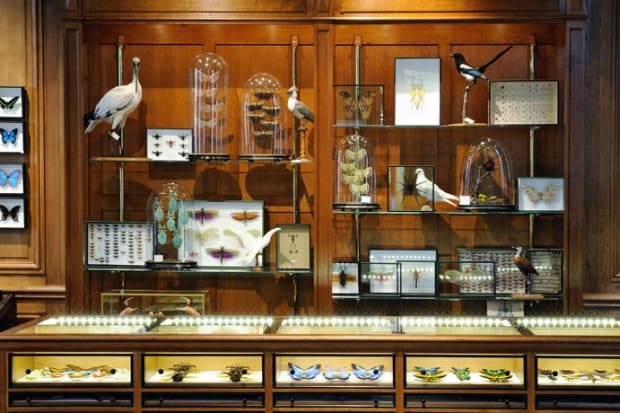 Pierre Hérmé (72 Rue Bonaparte; +33 1 4354-4777): The empire of Pierre Hérmé, perhaps the most famous pastry chef in France, has grown substantially, but for tradition’s sake, it’s worth going through the ritual of standing in line outside this boutique near the Jardin du Luxembourg. Go for the macaroons, which come in incredible flavor combinations like passion fruit-chocolate, and the cakes, especially the Ispahan, a revelatory concoction of rose, raspberry and lychee.

Patisserie des Rêves (93 Rue du Bac; +33 9 7260-9319): Pastry and chocolate whiz Philippe Conticini opened his gallery-cum-patisserie in St. Germain to much acclaim in 2009. Conticini has won awards for his Paris-Brest, a sweet indulgence made with almond-topped puff pastry and fluffy buttercream, but his simple baked goods, especially financiers and madeleines, are just as delectable. If you visit the take-away branch on Rue du Bac, there’s a leafy little park a few steps down from the store where you can savor your treats. 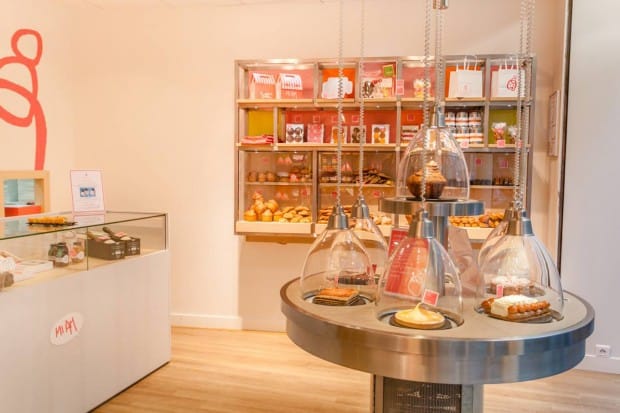 Bonpoint (6 Rue de Tournon; +33 1 4051-9820): Marie-France Cohen, founder of this well-known brand, set the standard for fine French children’s clothes around the world. At the flagship store, you’ll find collections of clothes and shoes for infants to pre-teens, as well as a café on a terrace overlooking a garden.