Where to Travel in Greece?

It has nine distinct geographic regions, including the Peloponnese peninsula and the Aegean and Ionian Islands, and boasts the Mediterranean’s longest stretch of coast line. This makes it a dream to visit, but it can be overwhelming to decide where to travel in Greece. There are spots whose fame precedes them, like Mykonos and Santorini, which conjure images of Jackie Onassis, megayachts and couture bikinis. But there are also lesser-known sites whose names may be dropped at dinner parties by travel editors or low-key celebrities seeking bragging rights to the discovery of an obscure-sounding island—“It’s totally authentic and unspoiled.” And there’s the cultural heritage and ancient history to be explored at a long list of sites—the Parthenon, Delphi, Rhodes, Olympia, to name a few — associated with the origins of Western civilization.

In short, like its gods, Greece is larger than life to the modern-day traveler, and when mapping out a trip, it’s crucial to balance exploration with down time, the mainland with the islands, history with the present day. Here are some of the most common questions members contemplating a trip there ask the Indagare Travel Team. For help with your next Greek journey, contact our Bookings Team. 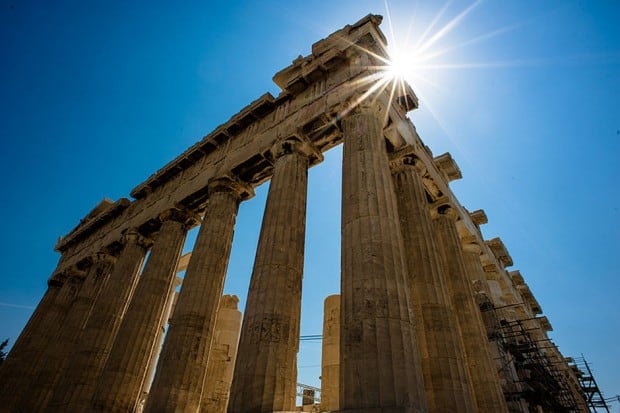 When is the best time to go to Greece?

Many people think of Greece as a summer destination, but unless swimming is a top priority, it’s actually best to visit during the shoulder seasons: in mid to late May, mid to late September or early October. By traveling during these periods, you avoid the huge crowds encountered during the peak season, especially on the more famous islands, like Mykonos and Santorini.

How much time should I spend in Athens?

Two days in Athens, where international flights land, is plenty to see the major sites, have a few great meals and get your bearings. Athens is a contemporary city that combines present and past in a unique way. The major sites in the old city (the Acropolis) include the Parthenon, the Hephaisteion temple, Hadrian’s Library, the Roman Agora and the new Acropolis Museum, which is housed in a state-of-the-art building designed by Swiss-born architect Bernard Tschumi. Indagare can arrange a private guide, the best way to see the Acropolis. One afternoon should be reserved for shopping in such neighborhoods as Kolonaki. There are also a multitude of local markets, or agoras, which present a great local scene.

Are Mykonos and Santorini overrated? 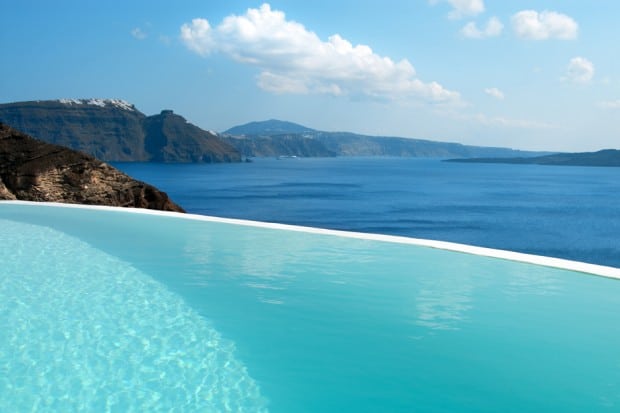 These two are definitely the most touristed Greek islands. It’s not fair, however, to call them overrated, since they are popular for good reason, including their exceptional beauty. Mykonos is famous for its white-sand beaches, Cycladic architecture and the windmills dotting the countryside. From Mykonos, it’s an easy day trip to Delos, one of Greece’s most important mythological and archaeological sites, where legend has it that twin gods Apollo and Artemis were born.

Santorini is also renowned for its striking natural beauty, the product of a volcanic eruption during the 16th century B.C. The island’s dark volcanic beaches, majestic rocks and cliff-side white houses make it ideal for couples. If they’re on your list of where to travel in Greece, consider the off-season when the crowds have died down; avoid the months of June, July and August.

What Greek islands would you suggest for a private cruise?

A private cruise through the Cyclades is an incredible, varied adventure. Following are some of the islands worth visiting.

Paros, the second largest island of the Cyclades complex, reached the apogee of its glory during the Classic period, thanks to its world-famous marble. It has maintained its appeal as a long-time cultural hub and still attracts global artists for contemporary exhibitions and cultural events. Just off the coast of Paros, Antiparos is a tiny island that has largely escaped mass tourism. The green-and-blue water, pristine beaches and stalagmite caves here are exquisite.

Naxos is another little-known island worth visiting. Larger than Antiparos, it boasts an incredibly varied landscape of rocky mountains dotted by whitewashed villages and long beaches. The miniscule Koufonisia islands have plenty to offer in terms of beauty and delicious food. Ios has a reputation as a party island, but attracts families and couples, in addition to revelers, with its gorgeous beaches and traditional Aegean hilltop town.

Is it worth visiting the Peloponnese peninsula, even if it means backtracking through Athens?

In a word, yes, thanks to one spectacular resort and the many lesser-known islands that are easy to explore from there. From Athens, it’s a two-and-a-half-hour drive to the luxurious Aman property Amanzoe, located in the scenic town of Porto Heli, on the east coast of the Peloponnese, across from the idyllic island of Spetses. (Private helicopters or yachts can also be arranged to take guests directly to the property.) The unspoiled bay surrounded by olive groves and lavender bushes is the site of legends and ancient cultures: archeologists have found that it was inhabited as long as 50,000 years ago.

The resort is ideally situated for a variety of day-trips. The island of Spetses was an important shipbuilding and maritime trading center in the 18th century and retains much of the old-world elegance from that period. Cars are banned from the town, and both islanders and visitors navigate in horse-drawn carriages. . In recent years, it has gained a cosmopolitan feel and become a hub for stylish travelers from Greece and all over the world.

Another nearby gem is Nafplio, a seaport town on the peninsula full of spectacular monuments and sights ranging in date from ancient to medieval. Mycenae, often called the “golden city” of ancient Greece, is a UNESCO World Heritage Site that is not to be missed. The city was the epicenter of the Greek Bronze Age civilization to which it gave its name.. The site, covering the area from the port up into the hills, boasts an impressive clock tower and beautiful old mansions. Nemea, an ancient site in the northeastern Peloponnese, is part of a region noted for its wine-making by Homer, who called it Ampeloessa, “full of vines.” Today Nemea is the most important red wine appellation of southern—and arguably all of—Greece.

What is the best island for families?

When it comes to traveling with children, especially young ones, each of the Greek islands has pros and cons, but a good one-stop option is Crete. The largest island in the Aegean (and thus easily reached via Athens), it boasts a range of resorts that offer large grounds and a comprehensive list of amenities. It also has amazing sandy beaches, mountainous terrain and expansive fields of olive trees. While there, you can visit Knossos, the capital of the Minoan civilization and an archaeological site that really appeals to the kids’ imagination, thanks to its association with the Minotaur; Diktaion Andron, the cave in which Zeus was born; and Icarus and Daedalus.

What special access can Indagare can help with in Greece? 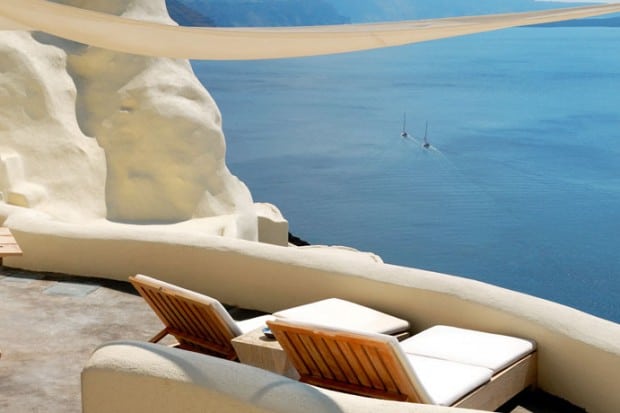 Indagare’s Travel Team can help with the obvious—private yacht charters, expert guides, helicopter transfers—as well as with more off-the-beaten path experiences. In Athens, for example, members can tour the Acropolis and stunning Acropolis Museum with an archeologist who can put the sights into historical and mythological context. Or they can partake in a very special dining experience: the re-creation of an ancient Greek meal served on antique tableware on loan from a local museum.

“In short, like its gods, Greece is larger than life to the modern-day traveler, and when mapping out a trip, it’s crucial to balance exploration with down time, the mainland with the islands, history with the present day.”