Indagare is thrilled to partner with the editor of Cabana magazine, Martina Mondadori Sartogo, on a bespoke trip to Milan in April 2018 to celebrate the legendary interior designer Renzo Mongiardino and the best of Milan design.

One of the 20th century’s most revered designers, Renzo Mongiardino was the favorite decorator to such arbiters of taste as Lee Radziwill, Guy de Rothschild and Marella Agnelli. On this special trip, we will go behind closed doors to tour some of the best remaining examples of Mongiardino’s deeply romantic interiors in private houses in Italy. Our guide will be Martina Mondadori Sartogo, Milanese native and the celebrated editor of Cabana magazine. She is also the author of The Interiors and Architecture of Renzo Mongiardino: A Painterly Vision, which has just been released by Rizzoli.

Sartogo will share her research and stories of the iconic designer, and she will open doors to private houses that feature some of the last remaining examples of his work, including her family’s home in Milan and a villa on Lake Como. The trips will be offered before and after the opening of Salone dei Mobile and will include tours of da Vinci’s The Last Supper with designer Ashley Hicks and of Villa Necchi Campiglio with director Luca Guadagnino (I Am Love and Call Me By Your Name). 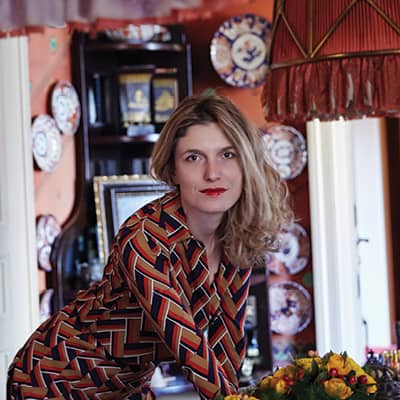 Martina Mondadori Sartogo was born in Milan, and she represents the fourth generation of the Mondadori family’s publishing group. She has worked on the creative and editorial direction of projects related to art, design, and book and magazine publishing her whole life. In 2014, she founded Cabana, a magazine focused on timeless interiors and decorative arts, of which she is the Editor-in-Chief and the curator for its pop-up shops. Martina is also the European Editor-at-Large for Town & Country U.S., and she often curates for such events as the Design Miami/ Fair. In no small part due to growing up in the Fashion Capital, she has a great passion for the visual and decorative arts, and for Italian and central European craftsmanship.

Indagare has selected the articles from our website and magazine to prepare you for your journey. Peruse inspiring slideshows, insider tips, reading lists and more.