Where To Stay in Sicily

In Sicily, the sun shines brighter, the flavors are more robust, the traffic more chaotic and the people infinitely more inviting.  This is a place that has been conquered by virtually everyone—Phoenicians, Normans, Vikings, Arabs, Moors, Persians, Greeks, Romans—and the result is a country within a country, its centuries of external influences having been distilled into a distinctive culture driven by the seasons and defined by the food. Here is Indagare’s short list of places to stay on the island. 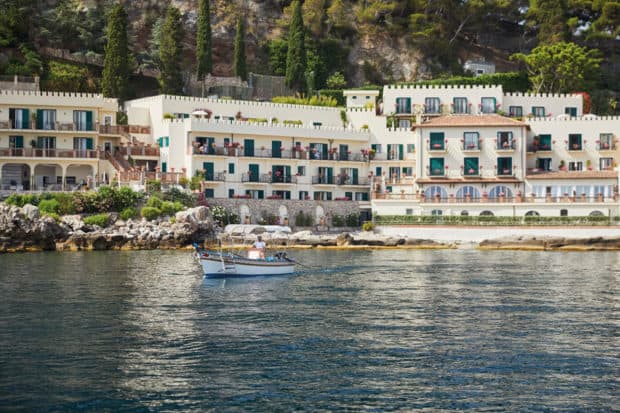 Contact Indagare for assistance planning a customized trip to Sicily.

For a modern taste of the town’s luxurious past, step inside the Belmond Grand Hotel Timeo, an ideal home base set in an 1873 mansion surrounded by six acres of subtropical gardens. The property has 71 massive guest rooms and suites—many with private sun terraces. Embrace your inner Sophia Loren amidst the luxe marble baths, period furnishings and VIP hospitality. There is no better place in town than the hotel’s sprawling terrace to indulge the Italian aperitivo ritual. Have your morning cappuccino and cornetto at Timeo’s sister property, Belmond Sant’Andrea, on the water’s edge. 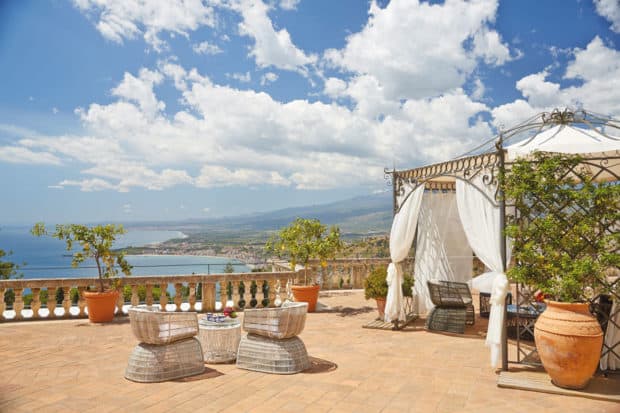 Nothing dominates the Sicilian landscape like Mount Etna. The 10,912-foot-high volcano towers over the eastern coast and occupies more than 400 square miles. Its mineral-rich soil produces some of the best wines in the world. After a day of wine tasting, check into Monaci delle Terre Nere, a luxurious country hotel rich with vineyards and gardens along Etna’s southeastern slope. It is such a welcoming place, you’ll feel like you are summering at your wealthy Italian uncle’s villa. 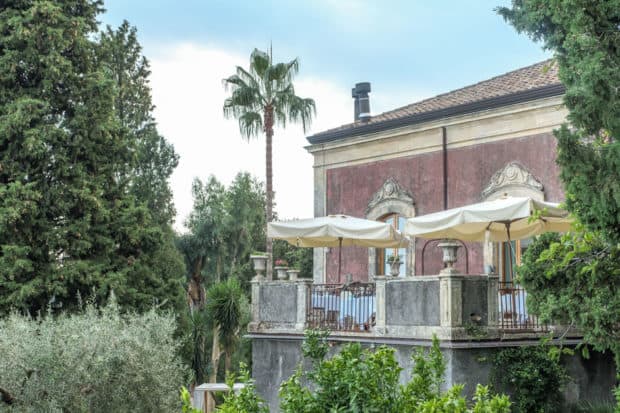 The Baroque city of Ragusa has two distinct areas, the lower and older town of Ragusa Ibla, and the upper town of Ragusa Superiore. The two halves are separated by the Valle dei Ponti, a deep ravine crossed by four bridges. In 1693, it was devastated by an earthquake and later rebuilt in the Baroque style. Ragusa Ibla features a wide array of Baroque architecture, including several stunning palaces and churches, such as the Cathedral of San Giorgio, the Hyblean Gardens, the Church of San Giuseppe and La Rocca Palace, and this older section of town is now home to a new boutique property, a.d. 1768. Overlooking the Piazza Duomo, a.d. 1768 is an intimate property with only seven rooms and three suites, in addition to stylish common spaces with vaulted stone ceilings.

The towns of Noto and Modica are two of the best examples of Sicilian Baroque urban planning and architecture. In Modica, admire the picturesque lanes, old workshops and St. George’s Church before indulging in a chocolate treat at Antica Dolceria Bonajuto, the oldest pastry shop in Sicily. The hotel Casa Talía, perched on a hill above Modica, has picture-perfect views that get better with every shift of the light.

A UNESCO World Heritage Site, Noto was destroyed by an earthquake in 1693, but the town was rebuilt in a sumptuous Baroque style with ornate churches, sweeping piazzas and pastel-colored palaces. Noto is home to the small hotel 7 rooms, hidden at the end of a gorgeous courtyard. The stylish boutique property is comprised of ultra-spacious suites with high ceilings and city views. Some also come with a small balcony for enjoying your morning coffee or an afternoon glass of wine.

Related: Six to Know: Key Tips for Travel in Sicily

Contact Indagare for assistance planning a customized trip to Sicily.