The Inside Buzz: Lisbon

“Arriving in Lisbon, one is greeted by a breath of Atlantic air, a myriad of colorful houses interspersed with jacaranda blossoms,” says the Marquise de Ravenel, one of the city’s insiders who will open her beautiful home to travelers on Indagare’s Lisbon Unlocked: An Insider Journey with Architectural Digest this September.

Hosted by Indagare founder Melissa Biggs Bradley and Gay Gassmann, Architectural Digest’s Contributing Editor based in Europe, the special architecture- and design-focused trip will reveal what makes this city so stylish yet authentic, as top curators, artists and foodies lead the group through hidden doors to explore world-class cuisine, UNESCO World Heritage sites, treasures of artisanal craftsmanship and palatial houses that once belonged to Portuguese royalty.

Here, some of these insiders share what makes Lisbon so special—and why you should go now.

Learn More and Book Now: Go behind the scenes with these amazing local insiders during our Insider Journey to Lisbon (September 9-14, 2019). 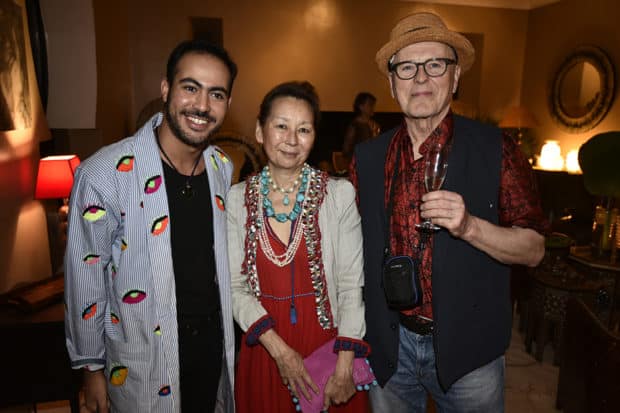 Why Lisbon Now: “There are so many reasons to go to Lisbon right now! There are the obvious ones: the city is older than Rome, founded circa 1200 BC, and is steeped in history, thanks to its position as a thriving port, from Antiquity through the Renaissance to today. You should also go for the charming cobblestoned streets and tiled walls—but you will want to stay to discover why this place is being called the new ‘cool’ capital of Europe, as well as the ‘new Berlin,’ thanks to its creative, emerging design and art scene.”

Looking Forward To: “Our group will stay at the Bairro Alto, the property that kicked off Lisbon’s boutique hotel scene. Here, 18th-century tradition meets cool luxury (and it was fully refurbished this year). We will also go behind the scenes for after-hour visits and private access to palaces and gardens belonging to aristocrats and the style mavens of Portugal. A highlight I am particularly excited for will be enjoying the legendary hospitality of the Duchess de Cadaval in one of her family homes.” 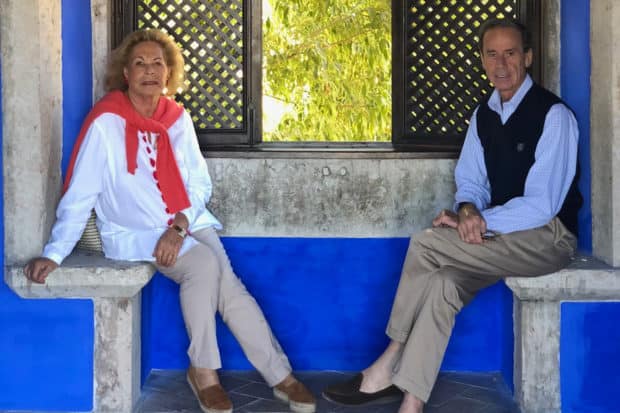 Jackie de Ravenel, left, and her husband, Jean-Charles de Ravenel, at the Palacio da Fronteira, one of Lisbon’s best-kept secrets. Travelers on the September AD x Indagare Insider Journey will enjoy an exclusive tour of the property and its gorgeous Italian-style gardens, followed by a luncheon.

Where You’ll Meet: A private reception at her home in Estoril, one of Lisbon’s top summer escapes that is known for its incredible palaces and mansions, which are often used as movie sets.

In Her Words: “Some of my Lisbon favorites are the amazing Palacio de la Fronteira; the English Cemetery (especially when it is covered with purple prunus flowers); the National Tile Museum; and the Rua San Bento, an antiques street full of amazing finds. There is also some fun shopping in the Principe Real and a fabulous linen shop, Principe Real Enxovais, which is a must.”

“The food in Lisbon is delicious, and one of my favorite seafood restaurants is Aqui Ha Pesce, as well as the trendy JNcQUOI.”

“Nearby Sintra is the most romantic of towns and should not be missed. The Monserrate Palace there has one of the best gardens in Europe and so much to see. Driving back from Sintra, you can stop at a fabulous restaurant called the Azenhas do Mar, in a village of the same name that is all painted white.”

Where You’ll Meet: A private tour and traditional lunch at the Cadaval family home, Casa Cadaval, located in Estoril and designed by Peter Harden and Jacques Grange. You will also be welcomed by Diana in Évora—a UNESCO World Heritage Site known as the “museum city”—for an invitation-only luncheon at the magnificent, centuries-old Palace of the Dukes of Cadaval, which served as a royal residence and today houses manuscripts, family portraits and religious art from the 16th century.

Did You Know? Diana de Cadaval is the author of five books focused on the lives, loves and palaces of royal Portuguese women and other European queens.

In Her Words: “In the past few years, Portugal has become a trendy country, and so we have friends that have invested in real estate and have been doing a great job in bringing these places back to their original, glamorous state—palaces and convents that had been abandoned for years and were almost in ruins. To see that palaces that were at risk of disappearing forever have been saved is a miracle for our history and fills my heart with joy. The city is transforming itself and the young generation is dynamic and creative.” 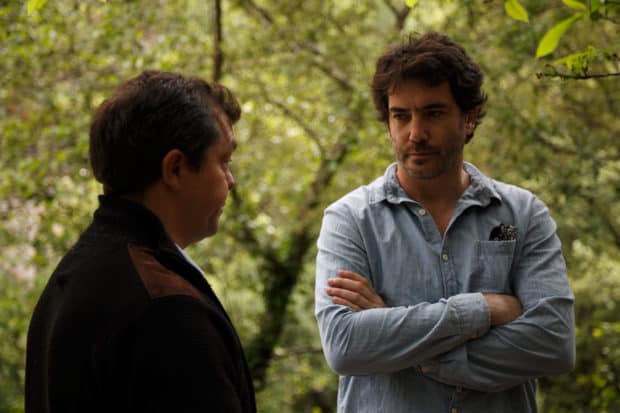 Enrique Pinto-Coelho on assignment at the Estufa Fria park in Lisbon. Photo by Meeri Oliveira.

Where You’ll Meet: A walking tour in the stylish Chiado and Alfama neighborhoods, followed by a sunset cruise along the Bosphorus, that will introduce travelers to the city, with a focus on local architecture, art, design and culture.

Did You Know?: Born to a Portuguese mother and a Spanish father and raised in Madrid, Enrique Pinto-Coelho has built a decades-long career working internationally with such media groups as HBO, Channel 4, El País, The Guardian and Telecinco. Most recently, he published Portugal das Maravilhas (2016), a book which explores the rising foreign fascination with the country.

In His Words: “Most Portuguese love foreigners and are particularly kind to them. They are excellent hosts, always willing to show and share the many wonders that visitors can find here. I marvel at the number of layers of civilization that are still visible in Lisbon. There are traces of the Romans, the Arabs, the Crusaders, and the multiple trips around the globe its explorers made. In most European capitals, the past has been wiped out by industrialization and urbanization. In Lisbon, I keep finding hidden gardens, forgotten chapels with astonishing tiles and doors and derelict buildings with richly decorated stucco ceilings.” 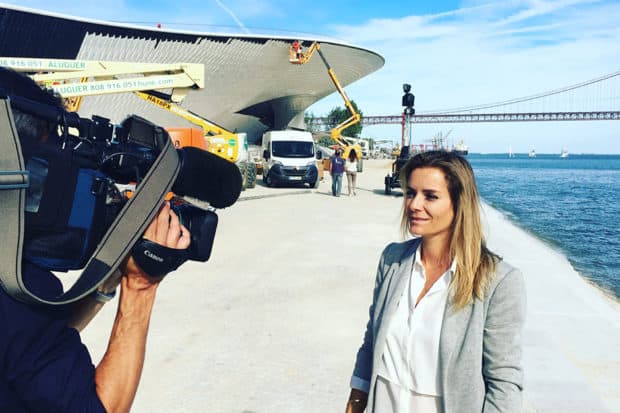 Where You’ll Meet: Tours of the Gulbenkian Museum (containing masterpieces by Monet, Renoir and Rousseau), the MAAT architecture museum and the Museum of Portuguese Decorative Arts, which Veronica will lead, along with other art experts.

Did You Know?: Veronica studied architecture in Lisbon, Milan and Barcelona. In addition to developing several curatorial and cultural projects and writing for art magazines, she has participated on such panels as “The Portuguese Artistic Scene: Artists for Now,” which was hosted at the 55th Venice Biennale.

In Her Words: “Lisbon, like Rome, has seven hills, and this voluptuous geography has resulted in a city that has many faces. The food is extraordinary; the grilled fresh fish and the marvelous wines are to die for. Lisbon is full of unexpected places—the decadent palace with a superb view, the small museum with breathtaking collection, the elegant contemporary architecture, and the gracious lady singing fado while you enter into an artist’s studio. Less than 30 minutes from Lisbon, you can be on the tip of the European continent, visiting houses on the edge of the beach or a palace designed with masonic symbols. You can hike through nature reserves or visit iconic hotels that have inspired writers and created legends.”

Learn More and Book Now: Go behind the scenes with these amazing local insiders during our Insider Journey to Lisbon (September 9-14, 2019).

“Right now, the city is transforming itself and the young generation is dynamic and creative.”

~ Diana de Cadaval, the Duchess of Cadaval and insider host on the September AD x Indagare Journey to Lisbon