There’s no question that Spain’s perennially popular coastal city is currently buzzing, but some of Barcelona’s top highlights are actually a bit off the radar, away from the tourist fray. Though a trip to the Catalan capital wouldn’t be complete without seeing such classics as Gaudí’s whimsical masterpieces, strolling the beach and sampling the world-class cuisine, we’ve rounded up 11 new and unexpected spots to savor in this cultural and culinary metropolis.

Contact Indagare for assistance planning a trip to Barcelona.

What to See and Do in Barcelona

Under the helm of its new director Marko Daniel, who came by way of the Tate Modern and Tate Britain, the Fundació Joan Miró, located on the outskirts of the city, has cemented its status as a temple to the Barcelona-born artist. The collection—which features one of the world’s only two Miró tapestries—rotates frequently while pieces are on loan to fellow institutions, so each visit reveals new treasures. The stunning vistas of Barcelona that can be enjoyed from the foundation’s hilltop perch are an added treat. 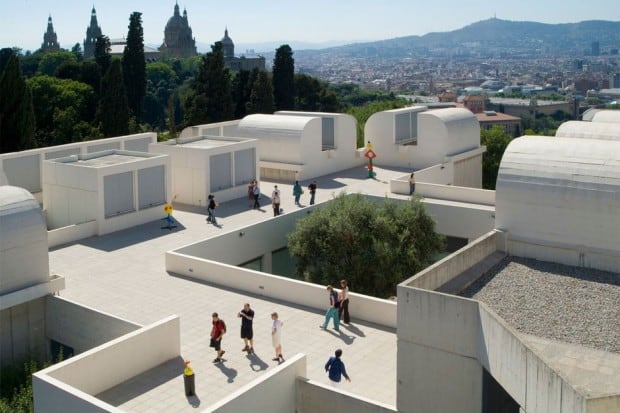 The Majestic Hotel & Spa, which has maintained a longstanding connection to the art industry, recently unveiled a new partnership with the Miró Foundation. Before achieving worldwide fame, Barcelona native Joan Miró was a regular guest at the Majestic, where he spent hours studying the piece by his mentor Modest Urgell that hung in the hotel lobby. As part of the new partnership (which also coincides with the 100th anniversary of Miró’s first solo art show), Majestic guests will enjoy exclusive access to the archives in the museum. For an ever deeper look at Miró, the hotel will also offer a guided day-trip to the artist’s childhood home in Mont-roig del Camp, located about two-and-a-half hours from the city. Once in Mont-roig del Camp, visitors will be able to tour Miró’s home and explore some of the town’s most beloved shops and restaurants.

As of November 23rd, the Museu Picasso, another of the must-visits landmarks in Barcelona, began hosting the exhibit Pablo Picasso and the publishers Gustavo Gili. Several never-before-seen works are on view, detailing the relationship between Picasso and two generations of publishers at Gustavo Gili.

Music lovers shouldn’t miss a concert at the Palau de la Música Catalana, the only music venue in the Art Nouveau style to be deemed a UNESCO World Heritage Site. The venue features a series of concerts and performances nearly every night. The Palau has an impressive program for guest composers and artists that includes Philip Glass and Suzanne Vega, who will both perform in 2019. There are also several family concerts held each month, including those for children less than one year old.

For a pampering break from touring, Barcelona native Miriam Quevedo—a skincare guru known for her natural, anti-aging products—recently developed an exclusive treatment on offer at the Mandarin Oriental Spa, one of the best in the city. “The Mediterranean Breeze,” performed by a trained Quevedo technician, lasts nearly two-and-a-half hours and focuses on firming and sculpting the skin through rhythmic motions and pressure (think: a manual face-lift) that are meant to detoxify and tone the body. This only-in-Barcelona treatment uses the crown jewel of Quevedo’s anti-aging arsenal, the glacial white caviar cream.

Where to Eat and Drink in Barcelona

For some of the best views in the city, head to the recently opened Blue Spot (Passeig Joan de Borbó, 101 Edifici Ocean), located on a high floor of a rather nondescript office building. The restaurant’s pièce de résistance is its 360-degree view of the coastline, and eating here feels akin to sailing on a ship. Guests can either sit in the more formal dining room or opt for the tapas-style small plates served at the bar.

At the end of October, Carme Ruscalleda, the first woman in the world to earn seven Michelin stars, will close her famed three-star restaurant Sant Pau in order to focus on other endeavors. But fans of the Catalan chef need not fear; last year, Ruscalleda was named the gastronomic advisor to the Mandarin Oriental, Barcelona, and her culinary influence can be felt across all of the hotel’s restaurants, including Blanc and the two-Michelin-starred Moments, where Ruscalleda is actively involved (some menu elements will be familiar to fans of Sant Pau). Ruscalleda’s son Raoul is even the head chef at Moments. Check the calendar for special events held here, such as a “four-hands dinner,” where mothers and sons cook together.

The Rooftop at the Barcelona Edition, Courtesy The Edition

The Barcelona Edition (Av. de Francesc Cambó, 14), one of the city’s newest hotels and the brand’s first property in Spain, opened in late July as a swanky lifestyle property in the hip El Born neighborhood. Its central location, modern décor and buzzy atmosphere draws a young, artsy crowd. Go for drinks at Punch Room, which serves a variety of punches in an intimate setting that feels like a private club. The London outpost of Punch Room regularly tops lists of the world’s best bars, so this is a particularly exciting addition to Barcelona’s already vibrant bar scene.

Where to Shop in Barcelona

Earlier this year, The Outpost (Rosselló 281 bis), a menswear store with a wide selection of fashion-forward shoes, bags and belts, opened a sister store for women across the street from the original. The pop-up shop has cutting-edge sneakers and bags and carries avant-garde brands such as Church’s, Issey Miyake and Marsell.

The international children’s clothing brand Búho—which stands for “Boho Chic”—only operates one standalone store, which is located in Barcelona (Consell de Cent 302) and sells Spanish-designed wares that are so soft, simple and beautiful that you’ll wish they came in adult sizes (and, thankfully, some of them do).

For one-stop shopping, the Barcelona-based lifestyle and design icon Jaime Beriestain has opened an eponymous complex (Pau Claris, 167) devoted to his creative endeavors right in the center of the city. There’s a stunning café, Beriestain’s design studio and a concept store that sells his products, from lamps and rugs to candles and sunglasses. Everything is curated perfectly, and each item, down to the dishtowels, is beautiful.

Contact Indagare for assistance planning a trip to Barcelona.