The Enduring Appeal of Swedish Style (and Where to Find It)

Contact Indagare to help you plan a future trip to Sweden, including the best design destinations.

For its Spring/Summer 2020 collection, Stockholm-based fashion house Acne Studios turned to the past—and to nature—for inspiration. Oversized linen blazers, boxy short-sleeved shirts and ankle-length skirts became the canvas for landscape paintings from August Strindberg, one of Sweden’s most renowned playwrights from the 19th and early 20th century. “He would paint…when he had writer’s block,” explains Acne’s founder and creative director Jonny Johansson. “It’s like nature was the answer for him.”

To Acne, as well as to many other leading brands in Sweden, nature and the country’s heritage have long been sources for continued creativity. At once a bastion of centuries-old traditions and a global hub for innovation, the Scandinavian country has, for decades, helped set the trend with its creativity.

Fashion is far from the only field where the phrase “Made in Sweden” is synonymous with elegant simplicity. Architecture firm Tham & Videgård made waves with the Mirrorcube, its sleek contribution to Treehotel, a collection of seven treehouse rooms in the forests of Swedish Lapland. The cube room’s glass walls reflect its surroundings, alluding to “how man relates to nature, [and] how we use high-tech materials and products when exploring remote places in harsh climates,” the firm explained when the hotel opened in 2011. Its developers just opened another groundbreaking example of naturalistic minimalism: Arctic Bath, a new hotel floating on the Lule River in Lapland. Its main building, a circular ring lined with timber and housing the spa, pays homage to the region’s long standing timber industry, and the logjams the trunks would create in the river’s rapids. 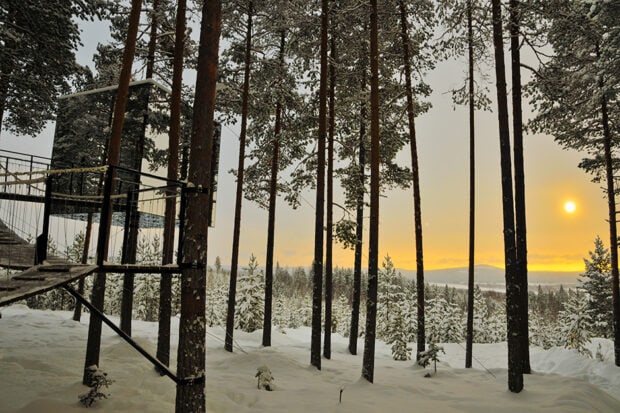 And while IKEA has brought mass-market Scandinavian household design to the world, walking around the historic centers of Stockholm, Gothenburg and Malmö makes clear that the local scene is focused on small-scale, unique offerings. In the capital, neighborhoods like SoFo and Ostermalm are a shopper’s mecca. The former is a bohemian enclave, with quirky boutiques. The latter skews more posh, and is home to outposts of the country’s most chic designers, including Asplund, Garbo Interiors and Filippa K.

Ostermalm is also where textile and object designer Pia Wallén—known for her blankets and slippers—keeps her studio. To her, Swedish design implies the use of “high quality material and long-lasting forms” that, when combined, make for “classics” that are durable over time. Wallén, who studied Scandinavian tradition and folklore as part of her degree in fashion, makes objects and accessories “inspired from our climate, tradition and resources, modified for a new era.” This mindset is echoed by Stutterheim, founded in 2010 by Alexander Stutterheim. The inspiration? He found his grandfather’s decades-old, utilitarian, still-functioning rain gear in a barn, and began designing modern, stylish versions of the classic fisherman’s coat, now sold in over 1,000 stores worldwide.

Ceramicist Birgitta Watz shares Wallén’s devotion to tradition. After falling in love with the pieces in her grandmother’s porcelain cupboard—and the stories attached to them—she embarked on a lifelong mission to understand ceramic crafts. Eventually, she worked in the prestigious Rörstrand factory, which supplied dinnerware for the Louvre. “After this I thought, ‘I know what it is like to make it perfect, so now I want to return to another type of complexity; to the completely handmade in a natural stoneware clay from Sweden,” Watz explains. “Peace, stillness, nuance, poetry and complexity are the properties I want my objects to radiate.”

Visitors to Sweden can experience her organically shaped ceramics, made with Swedish clay, firsthand at Ett Hem, one of our favorite boutique hotels in Europe. On a residential street in Stockholm’s embassy district, the 12-room property—whose name translates to “a home”—is emblematic of Sweden’s understated, boho-meets-modern style, pairing one-of-a-kind antiques with contemporary pieces from local craftsmen. 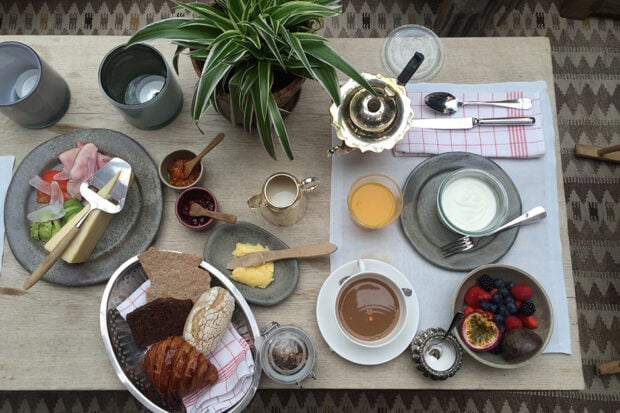 What’s next for Swedish design? Pia Wallén sees demand for increasing transparency from creators regarding production and materials being used. “The designer’s role becomes more important in being involved in sustainable collections from the earth’s resources,” she explains. “You already see the interest of recycled material,” she notes, nodding to the plethora of vintage clothing stores that have popped up around trendy neighborhoods like SoFo. (The country made headlines in 2015 with the opening of ReTuna, a zero-waste shopping center an hour west of Stockholm devoted entirely to second-hand, upcycled products.)

Totême CEO Johanna Andersson hopes that leaders in the fashion industry, in Sweden and beyond, “slow down and challenge the traditional fashion model,” continuing to emphasize the Scandinavian pillars for functionality and longevity. The clothing brand, founded in 2014, has developed an international following for its decidedly Scandinavian looks. “We take the idea of simplicity and translate it into the wardrobe, to narrow down the offering and simplify options.”

For her part, Birgitta Watz wants Sweden to continue to embrace “the good complexity between Chaos and Cosmos,” and to “never forget that we are human beings who have hands to be used for more than pressing keys on our phones. Hand and mind, you know!”

Contact Indagare to help you plan a future trip to Sweden, including the best design destinations.

This content was created in collaboration with VisitSweden and published by Indagare Travel.