It’s no secret. We love Sweden. In any season, it promises a tantalizing mix of adventure, culture, cuisine and sheer physical beauty. Most itineraries to the country feature time in Stockholm, potentially adding a stop in the nearby archipelago. Some, especially in the winter, also include a visit to the icy paradise that is Lapland. Yet there’s another rising destination on Indagare’s radar: Gothenburg, Sweden’s second-largest city. Whether you’re hoping to visit in 2022 or planning a dream trip later when the time is right for you, here’s why we love it.

Contact Indagare or your Trip Designer to help you plan a future trip to Gothenburg and other destinations in Sweden.

Related: Where to Go in Sweden Beyond Stockholm

A Mercantile History On View 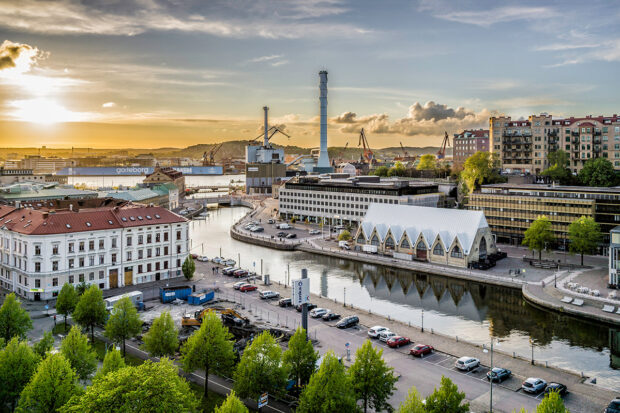 Gothenburg (“Göteborg,” in Swedish) is on Sweden’s southwestern coast, directly across the northern tip of Denmark. It was built in the early 1600s as a strategic port for the country, one of few cities along the only route connecting the North Sea to the Baltic Sea. Due to its marshy setting, Dutch engineers were brought in to construct canals. (Fun fact: they used the same plans as for Jakarta, Indonesia). Over the years, it developed into a prosperous port, home to the Swedish East India Company and other international merchants. By the early 1800s, the population—comprising Swedes, yes, but also sizable numbers of Dutch, Germans and Scottish residents as well—had outgrown the city walls, and Gothenburg tore them down. Unconstrained by the walls, it further expanded as Sweden’s most cosmopolitan and entrepreneurial city, with several universities, major shipbuilding companies and industrial giants (including Volvo, established here in 1927).

Today, visitors can trace the city’s history by foot, from its early days as a fortified port to its later eras as a commercial hub. Don’t miss Kungsportsavenyn, known simply as “Avenyn,” or “the Avenue”). Built in the 1860s and ’70s, this wide, tree-lined boulevard stretches half a mile east from the site of the old walls, crossing a canal and culminating in a grand plaza. Architecture styles vary from imposing stone structures to ornate 19th-century apartment buildings. Be on the lookout for landshövdingehusen, a local type of housing with two wooden stories built atop a stone first floor, most dating to the 1870s. And while the Haga neighborhood was a working class suburb dating to the 1800s, today its wooden homes and cobblestoned streets are some of the city’s best preserved, making it a popular spot for locals and visitors alike.

Gothenburg has a vibrant restaurant scene that is finally getting the attention it deserves. The reason? A new generation of sustainability-focused chefs innovating centuries’ old local traditions into the 21st century. Take Sophia Olsson at Swedish-Japanese fusion hotspot Vrå, for example. When she learned that the French oysters she’d been importing could also be raised locally, she spent a year and a half working with Swedish suppliers to harvest them. (One unexpected side effect: Swedish oysters can now be found at restaurants across Gothenburg.) Olsson and her nearly all-female team also use Swedish seaweed for their Nordic takes on sushi, along with local fish and shellfish and produce from surrounding farms and the restaurant’s own rooftop garden. “I like to solve things,” she says, when asked about her drive to source responsibly.

Other chefs and restaurateurs in Gothenburg do too, it seems. Most of the city’s best restaurants—from Michelin-starred fine dining to neighborhood bistros—turn to the area’s sustainably harvested seafood, meats and vegetables. Highlights include the wood-paneled dining room at Koka, with chef Björn Persson’s ode to contemporary Scandinavian cuisine; and Norda, from Chef Marcus Samuelsson. The Gothenburg-born chef returns to his roots with hyper-local ingredients, but a bit of Manhattan flair. We also love Project, which received its first Michelin star this year for its seasonal menus (which feature interesting combinations like langoustine, bergamot and smoked pork or brill with galangal root).

The city’s history as a major trading and manufacturing center with highly regarded universities has helped foster a uniquely entrepreneurial spirit and an appreciation for arts and culture. Must-see institutions include the Röhsska Museum (with an impressive collection of haute-couture fashion from around the world), Gothenburg Museum of Art (devoted to contemporary artists), and the adjacent Museum of World Culture and Universeum centers. The former hosts fascinating rotating exhibitions on global societal subjects (on view now: a retrospective look at the kimono’s place in fashion), while the latter is a world class science museum. Gothenburg has a strong film and music scene as well, home to the largest film festival in Scandinavia and one of Europe’s leading symphony orchestras.

Fittingly, this cultural and entrepreneurial city is home to hip boutique hotels which aren’t shy about making a bold design statement. Several of them juxtapose their settings inside historic buildings with lively, contemporary interiors, while others fully embrace the whimsy of Belle Epoque maximalism, filling their decadent rooms with tufted antique furniture. (And for those seeking a more minimalist escape, there are a few top properties that fit the sleek-and-subdued bill as well.) Thankfully, due to Gothenburg’s compact size, each of our favorite hotels are conveniently close to great shopping and dining. Contact Indagare for more information on the best hotels in Gothenburg.

Beyond Gothenburg: The Kattegattleden Trail & The Archipelago

An island in the Gothenburg Archipelago. Photo by Eva Lehman, courtesy Göteborg & Co.

Visits to Gothenburg should include at least a day to explore outside the city. Bikers will love the Kattegattleden, the country’s first national bike route. It opened in 2018, and spans nearly 250 miles from Gothenburg south along the coast. The mostly paved route passes from one historic fishing village to another, with scenic water views in between. And like Stockholm, Gothenburg has its own archipelago, with dozens of rugged, tree-topped islands reachable by ferry or chartered sailboats.

When to Visit Gothenburg 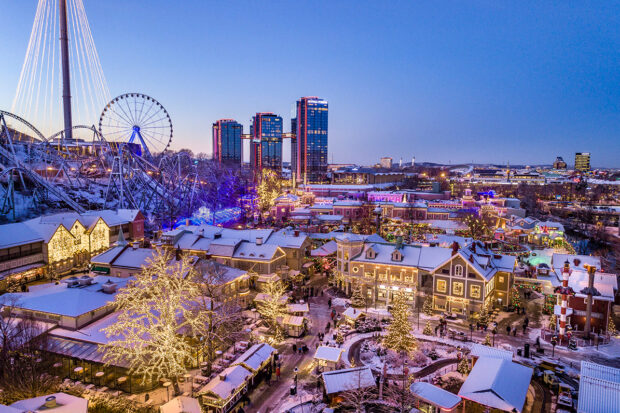 Weather is ideal in the summertime, when the days are longest and warmer temperatures make for ideal strolls, bike rides and sailing excursions. But the city is a destination year-round, in part because the seaside location has a tempering effect on the local climate. It’s especially lively in December, when Gothenburg hosts Sweden’s largest holiday market.

Contact Indagare or your Trip Designer to help you plan a future trip to Gothenburg and other destinations in Sweden.