How to See the Stockholm Archipelago

Stockholm is one of Europe’s great capitals. The city is a neatly packaged, photogenic (and frequently-photographed) mecca for design lovers, foodies and culture-seekers. But we love exploring beyond the historic downtown and surrounding neighborhoods, too. One favorite getaway for locals is the Stockholm Archipelago, and it’s becoming a destination for in-the-know visitors as well. Here we break down everything you need to know about this coastal escape.

Contact Indagare to help you plan a trip to Sweden to see the Stockholm Archipelago and beyond.

What Is the Stockholm Archipelago 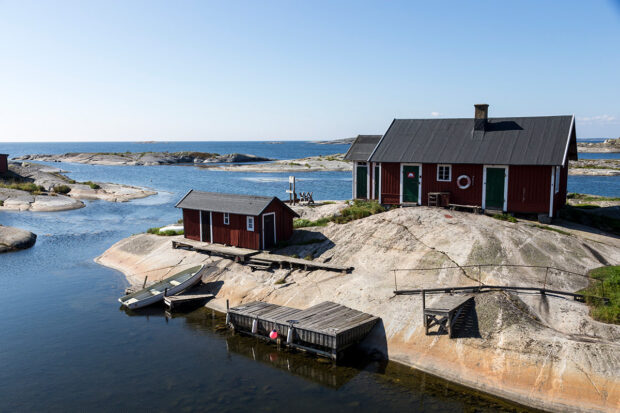 The Archipelago is a vast collection of nearly 30 thousand islands and islets, many within the city limits. Some are uninhabited—entirely covered in forests or wetlands—while others are home to historic fishing villages. Today, these villages are enjoying a renaissance of sorts as vacation communities for Stockholm’s urbanites seeking easy access to the archipelago’s sandy beaches, rocky inlets and general sense of serenity.

How to Get There 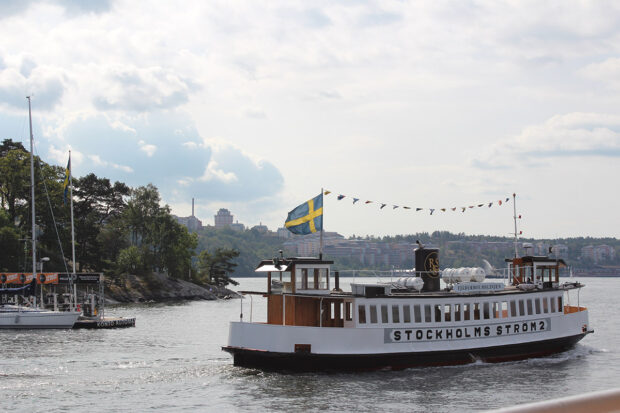 Public ferry service, called Waxholmsbolaget, connects Stockholm to hundreds of destinations across the larger islands. Boats depart from the terminal at Strömkajen, opposite the Royal Palace and next to the Grand Hotel. There are dozens of ferry routes, with rides lasting from a few minutes to multiple hours for the outer islands, and can cost from $5 to $18 per person each way. Private water taxis and boat charters make it easy to reach the smaller and more remote islands. Note that in winter months, icy conditions mean that ferry service is reduced and boat charters become near impossible.

Related: Where to Go in Sweden Beyond Stockholm 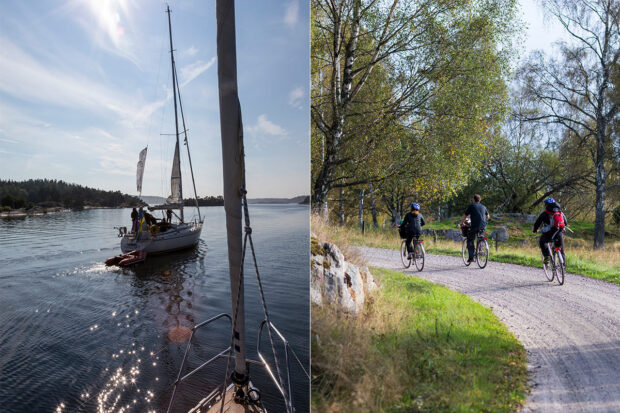 About 90 minutes by boat (or an easy 20-minute car ride) from central Stockholm, Artipelag is a sprawling contemporary cultural center set within a coastal pine forest on Värmdö island. Along with its rotating exhibitions, there is a chic design shop, an excellent restaurant and patisserie, plus hiking trails and a boardwalk along the water’s edge. This summer, the Artipelag is celebrating its 10th anniversary, with “Essence-Eksistence,” an exhibition of some 50 works by German artist Anselm Kiefer. And just a 15-minute ferry from Strömkajen terminal is Fjäderholm, a small island set entirely within Stockholm’s Royal National City Park. Here, visitors will find several waterfront restaurants along with a host of crafts studios showcasing (and selling) traditional Scandinavian goods, from textiles to candies.

But the real magic of exploring the Stockholm Archipelago is to simply do that: explore, ideally by boat rental. Swedish law recognizes “Allemansrätt,” or “everyone’s right” to roam freely in nature. That means you can anchor your boat and go ashore anywhere that’s not directly by buildings—which is nearly everywhere in the archipelago. So if you’re sailing or motoring around a particularly scenic cove, yes, you are more than welcome to stop for a swim or beach walk. Many islands also have hiking trails, and there is ample opportunity for fishing, kayaking and even horseback riding. 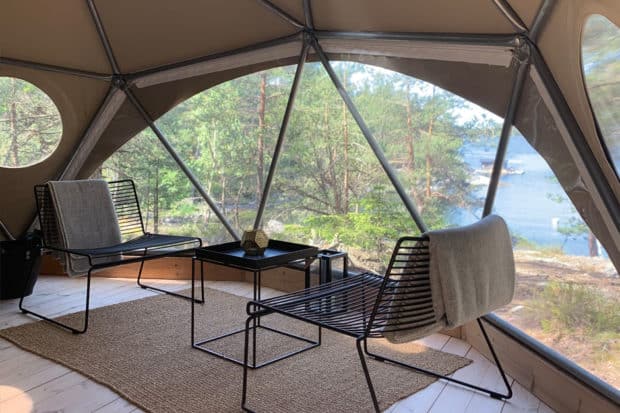 Indagare loves Island Lodge, a luxury tented camp on its own island that’s under an hour from Stockholm. The lodge’s seven tents are set within a pine forest, and feature quintessentially minimalist-chic Scandinavian design, containing only a wood-burning stove and beds (topped with Swedish linens, of course).

Another option is to rent a house for yourself. Indagare can help choose from our preferred homes on the island that are right for you. 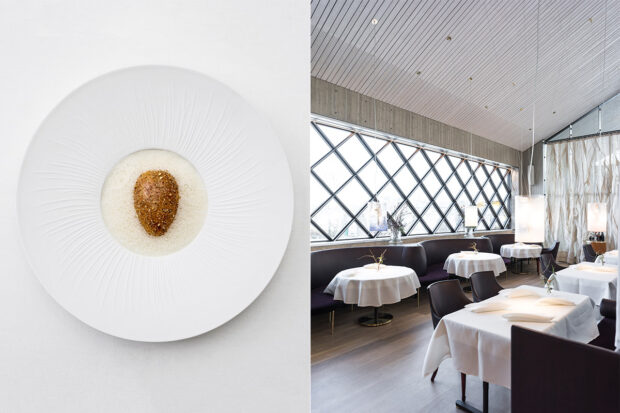 One of Stockholm’s most celebrated restaurateurs owns Fejan, a restaurant and inn on a remote archipelago island of the same name. It makes for a perfect destination for boating day trips, and serves local Scandinavian cuisine (with an emphasis on seafood) and excellent cocktails with a fabulous waterfront view.

And for sweets, take a steamboat from the Grand Hotel to Vaxholm Island for a cinnamon bun class at Vaxholms Bed & Breakfast. The owner (and teacher) is a Swedish national champion in cinnamon bun-making, and passes on her award-winning secret recipes in laid-back, delicious workshops.

Related: Sweden for Food Lovers: Why This Nordic Nation is a Midsummer Must 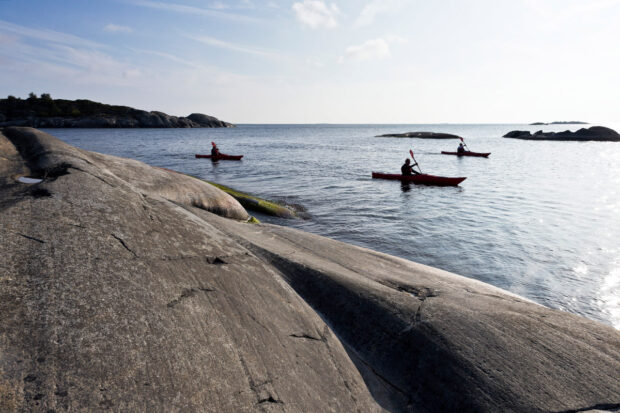 The Stockholm Archipelago makes for a dreamy summer add-on to any Scandinavia itinerary. Daytime temperatures in June, July and August hover in the 70s. The water is warmest in August, too, making for pleasant—though still brisk—dips. Another summer perk: White Nights, when the sun sets at around 10:00 p.m. but still casts a twilight glow through the night.

And though ferry routes are diminished, spring and fall are beautiful on the islands (even brooding winter has its charms out here). Fewer crowds means an even greater sense of peace, out in the natural beauty of these rugged islands.

Contact Indagare to help you plan a trip to Sweden to see the Stockholm Archipelago and beyond.

“Swedish law recognizes 'Allemansrätt,' or 'everyone’s right' to roam freely in nature. That means you can anchor your boat and go ashore anywhere that’s not directly by buildings—which is nearly everywhere in the archipelago. So if you’re sailing or motoring around a particularly scenic cove, yes, you are more than welcome to stop for a swim or beach walk.”