7 Reasons to Travel to Lebanon Now

Lebanon conjures a maelstrom of images. Bombs, beaches, chaos, casinos, sophistication, barbarity, decadence, disaster and fortitude. This tiny nation has been known as the Switzerland of the Arab World, the Paris of the Middle East and as the site of the deadliest attack on U.S. Marines since World War II. But after years of war and instability, Beirut is experiencing a new era of optimism. Today, its skyline blends buildings still riddled with bullet holes from the Civil War (which lasted from 1975 to 1990) alongside gleaming towers by star-architects like Jean Nouvel, Zaha Hadid and Herzog and de Meuron. A new government has formed, bringing hopes of foreign investment; Beirut’s nightclubs and rooftop bars are ranked among the top in the world; and the Lebanese people, who have long been renowned for their hospitality, are ready to welcome back foreigners. Here’s why you should be among the first to travel to Lebanon, as it rises again. 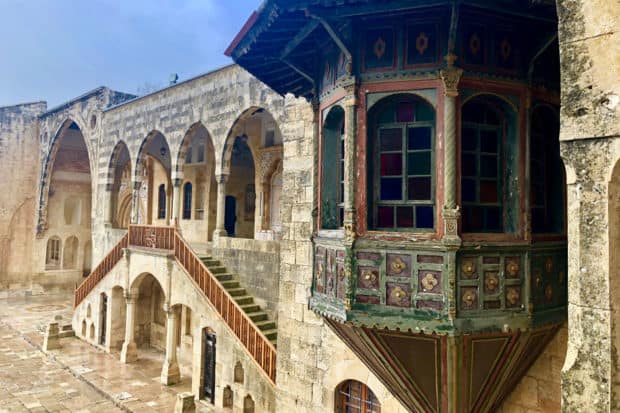 Beiteddine Palace, which is located one hour by car from Beirut.

The country is more stable and peaceful than it has been in years.
While the U.S. State Department still rates Lebanon as a Reconsider Travel destination, the nation is more stable than it has been in years. The number of tourists traveling to Lebanon, particularly from Europe, has been increasing steadily. In fact, the British Foreign Office only advises against traveling to particular small swaths in the north, south and east of the country. Beirut draws DJs and partiers from around the world, and Lebanese architect Bernard Khoury has just refreshed legendary nightclub B018, still housed in a bunker with a retractable metal ceiling to view the stars and the sunrise. Last month, National Geographic listed Beirut among the top 10 New Year’s Eve Celebrations around the world. Prime Minister Saad Hariri responded to the news by saying, “The Nijmeh Square celebration reflected how Lebanon is to the world, and this is what we want.” 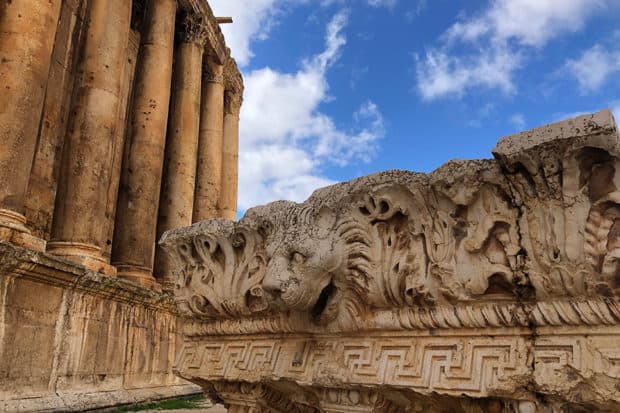 For history lovers, this is where it all began.
Byblos, which lies 30 kilometers north of Beirut, is arguably the oldest continuously occupied city on earth, with inhabitants dating back to 7700 to 8000 BC. In fact, the word Bible comes from byblos. Over the centuries, Lebanon was ruled by, among others, the Egyptians, Assyrians, Persians, Romans, Arabs, Umayyads, Mamluks, Ottomans and French, and it remains at the center of a power struggle for dominance in the Middle East.

Lebanese people are justly famous for their love of life, resilient spirit and hospitality.
There are many traits attributed to Lebanese but, perhaps, the most universally acknowledged are a zest for enjoying life, a dogged drive to survive and a warm, welcoming attitude toward guests. In a recent project that profiled personalities by country, Lebanon was ranked the second most extroverted country in the world. When you visit, you will frequently hear the Arabic greeting “ahlan wasahlan,ˆwhich means Welcome, but is literally translated, “You’ve come to stay with family.” 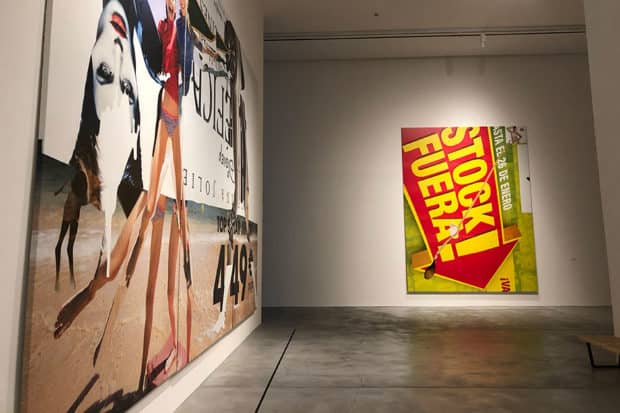 Art on view at the cutting-edge Aïshti Foundation in Beirut

Witness the Phoenix phenomenon in action.
Beirut is a city that feels like the Phoenix for which its earliest inhabitants, the Phoenicians, were named, because they seemed to always rise up from defeat. “This city is one of those that must live and relive,” wrote French geographer Elisée Reclus in the 1800s, “Come what may: the conquerors pass on and the city is reborn behind them.” Today, Beirut is again in the midst of rebirth, and so visiting now is like getting to see a destination during dress rehearsal for its return to the world stage. The kinks are not all worked out, so you get to witness the creative process, the mistakes and the recoveries, the blunders and the brainstorms. Get there much later and it will be fully staged, well-oiled and, perhaps, less interesting. 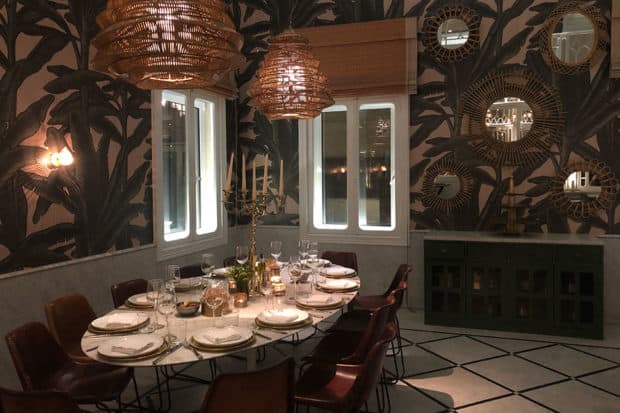 There may be no better destination for food lovers.
At the crossroads of East and West and blessed with the bounty of the Mediterranean and the fertile crescent, Lebanon’s cuisine blends European techniques with spices and influences from all over the region. You’ll taste spectacular falafels, hummus, tabbouleh and shwarma, but also myriad new treats like man’oushe, a thin kind of breakfast pizza, and knafeh, a cheese-filled semolina dough soaked in sweet syrup. From simple food stalls in the souks to extravagant spreads in glamorous restaurants, there is a huge range of meal styles; everything will be delicious.

Related: The Best Restaurants in Beirut 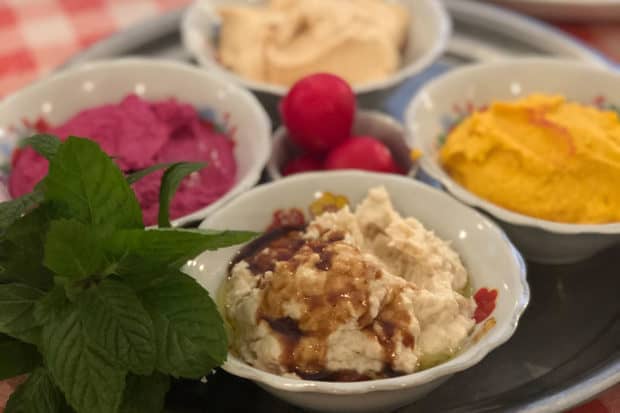 Understanding Lebanon is essential to understanding the Middle East.
There is a saying in Lebanon that if you think you understand the country, then you have been fooled. The assassinated historian Samir Kassir called Beirut “one of the laboratories of modernity,” which is why it is so important to try to understand it, even though you’ll fail. As Thomas Friedman wrote in his award-winning book, From Beirut to Jerusalem, “Beirut was never just a city. It was an idea—an idea that meant something not only to the Lebanese but to the entire Arab world…for years Beirut represented… the idea of coexistence and the spirit of tolerance, the idea that diverse religious communities—Shiites, Sunnis, Christians, and Druse—could live together, and even thrive, in one city and one country without having to abandon altogether their individual identities.” This idea—and the city—remain in a tug of war between the world’s super powers. 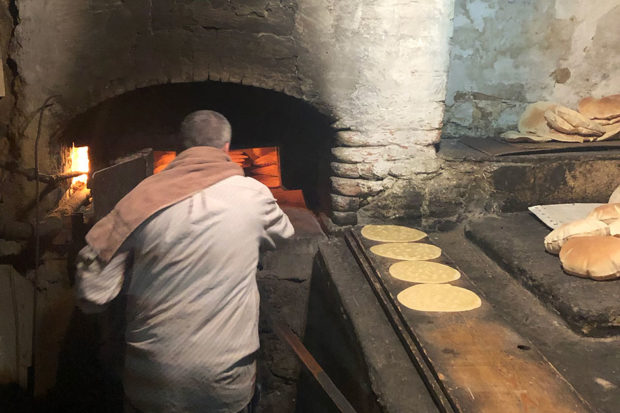 It will broaden your understanding of the world.
Anthony Bourdain visited Lebanon a number of times and in 2006 had to be evacuated from Beirut while filming No Reservations. He loved the people and the place and said years later, “The food’s delicious, the people are awesome. It’s a party town. And everything wrong with the world is there. Hopefully, you will come back smarter about the world. You’ll understand a little more about how uninformed people are when they talk about that part of the world. You’ll come back as I did: changed and cautiously hopeful and confused in the best possible way.”