In Capernaum, her latest film, Nadine Labaki, the Lebanese actor and director tells the story of the Syrian refugee crisis in Lebanon through the eyes of a young Syrian boy living in a Beirut slum. The film (whose title is also synonymous with chaos or confusion in Arabic), has been nominated for an Academy Award for Best Foreign Language Film, a Golden Globe for Best Picture, Foreign Language, and won the Jury Prize at the Cannes Film Festival last year. Reminiscent of Salaam Bombay, Mira Nair’s 1988 film about street children in India or Walter Salles’ lost boy journey, Central Station, it is a powerful (if wrenching) vision of the devastating impact of the refugee crisis and children living in poverty. The grim reality: the World Bank now puts the number of children living in poverty at 385 million. Here, Labaki talks with Indagare about the real-life stories that inspired the movie, the realities of children living on the streets, and the foundation she has started to combat the issue. 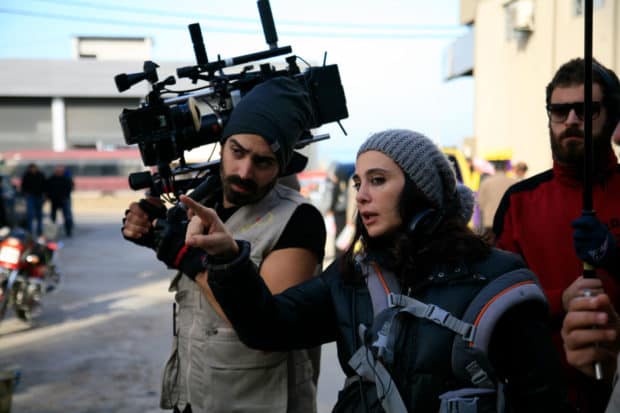 You have called Capernaum “cinematic activism,” can you explain that?

Capernaum is not just a film. It is a different kind of activism, through cinema, because it is bringing attention to children’s rights. The film is about a child who sues his parents for bringing him into the world. And he is saying ‘Stop, you can’t do this anymore.’ It is very much inspired by the kids you see on the streets in Lebanon right now. This is becoming part of our daily life. In Lebanon, it is very obvious, because it is such a small country and there is so much contradiction. But every country in the world is facing this problem.

Where did the story come from?

I spent four years doing research—wanting to know who these children that I saw on the street really are: Where do they go when they disappear and I don’t see them anymore? Who are their families? What is their daily struggle? What is their point of view? I started meeting lots of children, going to very deprived neighborhoods. I went to prisons, talking to juvenile delinquents. I would go with the social workers as an assistant. And if anyone recognized me, I would tell them, I want to tell your stories, and they would start talking. I used to spend hours in court to see how the system works, how the judges treat people. It was about building a network. The film is about a child the world doesn’t deserve, because there is too much neglect. Thousands of children are in this situation. Most of them don’t even have papers, so they are born and die without anyone even knowing they existed. Sometimes it’s very simple for the parents or the community to accept this, because the sacred nature of a child (of a human being) is not there anymore. It’s as if they believe this is what God wants. I have been talking to so many parents and that is their reaction. When you ask them, ‘Don’t you see that your child might be taken away or abused?’ And a mother replies, ‘It’s okay. I had another one who was kidnapped. I had another one who was abused and died. I lost six children like this.’ It’s unbelievable. They are victims of a society, a community, a culture and a system that is completely ignoring their existence.

Was the idea of the boy suing his parents your idea?

Yes, it was my idea because it is symbolic, and it was inspired by what the kids used to tell me. I used to always ask them one question. ‘Are you happy to be alive?’ And most of them would say, `No, I wish that I was dead.’ Some kids even committed suicide or tried to commit suicide. And they told me, ‘I don’t know why nobody loves me. I am beaten up every day. Why do people treat me this way?’ And if you ask most of the kids on the street, ‘How old are you?’ They would say, ‘I am maybe 11 or 12.’ They don’t know their date of birth. I met one boy—he was called Ramadan, because he was born during Ramadan, but that is all he knows. No one has ever told them ‘Happy Birthday.’ Or said, ‘You are important to me.’ They don’t have a sense of how important they are. And we are not talking about ten kids. We are talking about millions of kids across the world who are going through this. This is going to explode in our faces.

You have been nominated for an Oscar and received the longest standing ovation ever at Cannes, when you won the Jury Prize. Were you surprised by the reaction that you received?

No, because when we were shooting the film, I was moved all the time. It’s impossible that people don’t react to this. I felt it when I was shooting it. None of the actors were actors. I have worked with non-actors before, but in a more structured way. This was much freer. We produced it ourselves. It was a homemade film. There was no pressure from any producer. Of course, we struggled with the money, but I had this freedom. We shot for six months. We shot with the idea that if it doesn’t work now, it will work tomorrow or in two weeks, but you have to give the children time to be themselves. Even though it was very risky, we decided that we had to do it this way. And it worked. The performances are just magic. If you see the kids, you won’t believe what you see.

And once the children became actors through the film, what has happened to them now that the film is done?

One of the kids, Zain, the main hero, is now in Norway. He is a Syrian refugee and during the film he was living in very difficult circumstances. Each of the children had a different, complicated story, so we had to involve UNICEF and UNHCR. As soon as we finished the film and went to Cannes, we got a letter from the UNHCR saying that Zain was going to be resettled in Norway with all of his family, so they are now there and they have a beautiful house. And everybody in the family is going to school, including the parents, and Zain has a Norwegian passport. It is a shift of destiny. Zain’s parents were better than the rest. They didn’t send him to beg on the streets. That is why they were accepted to be resettled, because they have a sort of will to get out of their situation. Yesterday, I went to the school to film the girls in the film who were beggars on the street; they are in school now. They are learning.

How did that happen?

We created a foundation for the children in the film, but it is not easy. It is hard to keep the kids off the streets, because as soon as they have a little less money, their parents send them back. Zain is in Norway and his family is getting some help from the government and the two girls are with their families. Kenya, the baby that you see in the film, is back in Kenya and we are helping them monthly. My intention is to try to work on the laws to at least get the kids off the street with the help of the government and the NGOs. Now, for these families, we feel responsible. Often, the problem is that the parents don’t want to work. When you think about a father who is able to sleep all day, knowing that his child is standing in the rain, in the sun, in the cold, it tells you a lot about how difficult it is going to be to change him. And I am telling you 80 percent of the families are in this situation in Lebanon. It is in the culture now. In the balance, the right of the child is more important than anything else. For me, as a mother, the right thing to do is to send that child back home as early as possible, so he can sleep and eat and not be in the cold or the sun. But whatever you do, it is a vicious circle and something needs to be done on the level of the law. We always think about the adult’s rights to conceive, but you never think about the child’s right to have a decent life. 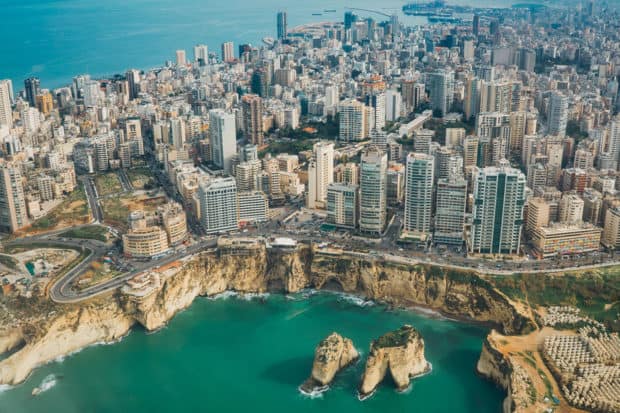 And these are Lebanese or Syrian refugees?

They are Syrian refugees, but also Lebanese. My inspiration for the film was a Lebanese Christian family living in Nabaa. The mother has 16 children and seven of them died from neglect. You go into their house and you are surrounded by garbage. So I asked the mother, ‘Joselyne, why do you keep having children when you can’t sustain them?’ And she said, ‘My doctor says that it is good for my health, because it will clean my blood.’ This woman, her eldest daughters are prostitutes. People think this is only Syrian refugees, but it is not.

After the Oscars, what are the milestones?

The film will have its own life and Sony Pictures Classics is very excited about promoting the film, but for me I should be organizing screenings for the government, for judges and lawyers, so they understand the situation better and organize round tables to promote discussion. We need to start talking. Some people in the government have the good will to do something, but they don’t know where to start, what to do. I have been researching for such a long time that I know the failures. We need to brainstorm. We have to start with the system. Now I need to find people who can help with the foundation who have done this before. In a few months when all of the traveling is done, we will start there.