Contact Indagare for assistance planning a trip to Alaska. Our specialists can book you at the property that is right for you, plan great meals and activities and arrange unique excursions.

While travelers to Alaska typically explore the state aboard a cruise ship, those who are lucky enough to discover the United States’ last frontier on land at the Tordrillo Mountain Lodge are in for an immense treat.

The lodge is perched by Judd Lake in the foothills of the Tordrillo mountain range, and while it is only an hour by float plane or helicopter from Anchorage, it feels truly secluded. The property consists of a newly renovated, rustic-chic main lodge that houses nine rooms and two detached private cabins. 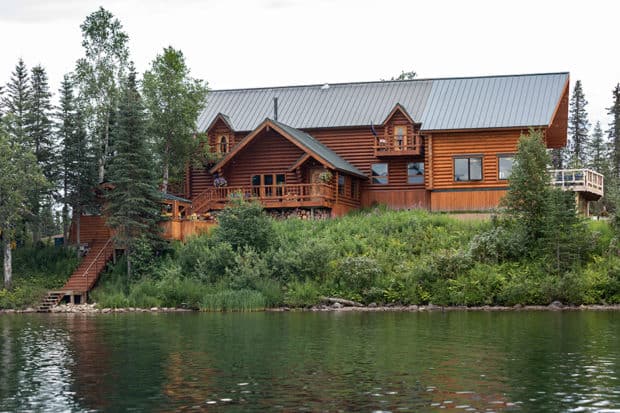 When we traveled to Alaska in August with a pair of 14-year old boys, the focus was on fly-fishing for silver salmon. I had gone fly-fishing once before in my life, but whether you are a complete novice or a seasoned angler you will definitely catch fish here. You go out by helicopter and the incredible guides spot the salmon from the air before they drop you on the riverbank right next to them, and the pilot stays nearby to shuttle you to the next river locale. We spent two days fishing with one of the lodge’s owners, Mike Overcast, a talented angler and professional raconteur, who ensures that his guests are seeing the very best of the Alaskan wilderness.

We spent another delightful day touring glaciers by helicopter and touched down on a desolate ice field, which felt like landing on the moon. Later, we picnicked in a lush tundra speckled with blueberries, which we collected and brought back for the chef to sprinkle in our pancakes the following morning. We whiled away our afternoons on the lake by paddle-boarding, wake-surfing and, most entertaining for the boys, using the fleet of jet skis and jet surfers. The lodge even has a new Mastercraft ski boat that they brought in by helicopter. 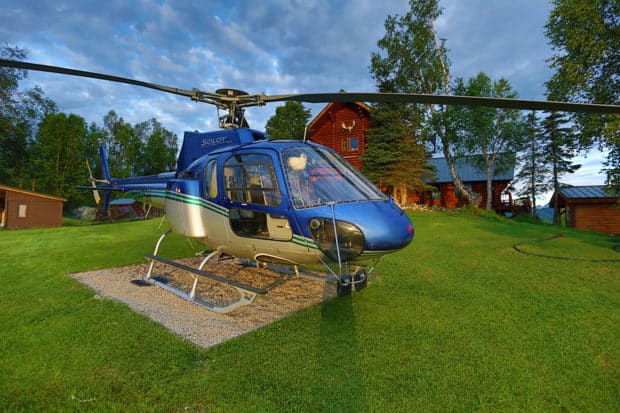 At the end of each day’s adventures, we were treated to exceptional cuisine prepared by the very personable chef, Josh. The menu included delectable dishes of king crab legs and Kobe beef as well as an abundance of fresh fruit and vegetables. The lodge’s staff can even smoke and pack your fishing catch and send it home to you later.

During Alaskan ski season, which runs from April through June, Tordrillo offers some of the finest heli-skiing in the Northern Hemisphere, which is led by Overcast and former Olympian Tommy Moe, who both know the terrain extremely well. And for a couple of very special weeks in June, when the sun doesn’t set, you can ski in the morning and fish late into the evening—a sportsman’s paradise indeed.