West Coast, Best Coast: Why to Travel to L.A. This Summer

Los Angeles is, unabashedly, the place to be these days.

Los Angeles is in super bloom and getting some much overdue credit. L.A.’s seaside and desert backdrops, giving the sprawling 500-square-mile metropolis its unique light, have long attracted artists. Legendary chefs draw from the city’s many cultures and the region’s farms to create flavors that both honor the various heritages and challenge the palate. And midcentury modern architecture comingles happily with a new wave of design.

Long derelict, L.A.’s downtown is turning around, thanks in part to the recent arrival of such cultural heavyweights as the Broad museum and an outpost of the Hauser & Wirth gallery, which are helping to solidify the city’s status as a contemporary art capital. On the Westside, beachy Venice and its Abbot Kinney Boulevard remain an epicenter of cool. And Silver Lake, if you’re willing to drive there, might even be cooler. 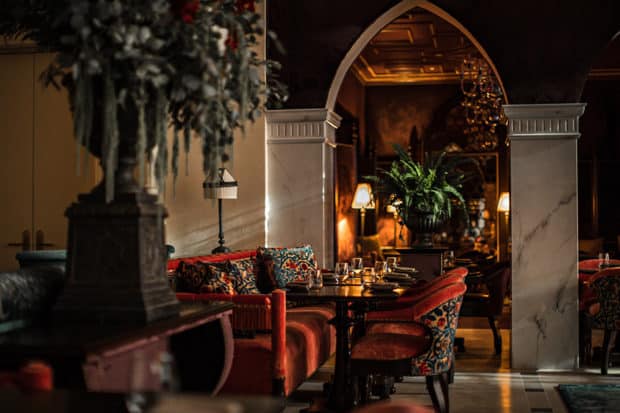 Marrying California coastal style with a minimalist Japanese aesthetic, the year-old Nobu Ryokan, located on Malibu’s Carbon Beach, is a serene escape. Formerly the Casa Malibu motel, the 16-room ocean-front property was fully renovated and redesigned with natural materials. Such Japanese touches as tatami mats, shoji screens, limestone walls and teak soaking tubs enhance the Zen vibe. At the inn’s core is omotenashi, the Japanese art of hospitality, which might translate as anticipating and serving a guest’s needs through quiet observation and heartfelt personal service.

In posh Beverly Hills, the 150-room Waldorf Astoria Beverly Hills is the new kid on the block, taking design cues from Hollywood glam and Streamline Moderne architecture. Swathed in golds and creams, rooms are elegant and bright, with floor-to-ceiling windows and marble baths. Each also features a balcony of its own. The on-site La Prairie Spa offers the brand’s signature caviar treatments. But the pièce de résistance is a rooftop pool and Jean-Georges Vongerichten restaurant and bar with views of the Hollywood Hills (and Hollywood Sign), Beverly Hills and Century City.

A New York City transplant, the second location of the NoMad Hotel opened with 241 cozy rooms and suites in Downtown L.A. in January. Located in the original Bank of Italy, the building has been fully restored and now features a rooftop pool and myriad dining venues, including another outpost of chef Daniel Humm’s NoMad restaurant—famous for its truffle chicken—a trendy rooftop bar with glorious city views and an outdoor café and cocktail bar.

Also downtown is the Hotel Figueroa, a 1926 fixture that in previous incarnations was a women’s hostelry and Moroccan-themed oasis. It has just emerged from a two-year renovation that imbued its 268 rooms and suites with a contemporary, artistic feel, with hand-painted floor tiles, custom fig-motif wallpaper and loads of drawings, paintings and photographs by Southern California–based artists. On the food and cocktail front, big names Casey Lane, of Tasting Kitchen, and Dushan Zaric, of New York’s Employees Only, helm the various drink and dining options.

Since opening in December 2015, the Broad museum, located downtown on Grand Avenue, has been a game changer for both L.A. and the contemporary art world. Designed by Diller Scofidio + Renfro, the building, with its striking honeycomb-like concrete exterior, provides a stunning backdrop for the 2,000-work collection of philanthropists Eli and Edythe Broad. Among the artists represented are Jean-Michel Basquiat, Ed Ruscha, Jeff Koons (whose blue Balloon Dog is on display), Jasper Johns, Cindy Sherman, Robert Rauschenberg and many more. The museum also boasts a permanent mirrored Infinity Room by Yayoi Kusama. Just a mile east, in L.A.’s gentrifying Arts District, is the L.A. outpost of Zurich-based gallery Hauser & Wirth, which showcases such artists as Louise Bourgeois, Dieter Roth and Mark Bradford. This is part of a larger arts complex, housed in a former flour mill, that also includes a bookstore, a gift shop, a restaurant and a courtyard ideal for activities and events. L.A.’s Hancock Park neighborhood is home to brothers Maurice and Paul Marciano’s Marciano Art Foundation, accommodated in an abandoned Scottish Rite Masonic temple. The structure itself is as worth a look as the 1,500 installations, sculptures, paintings and videos inside. 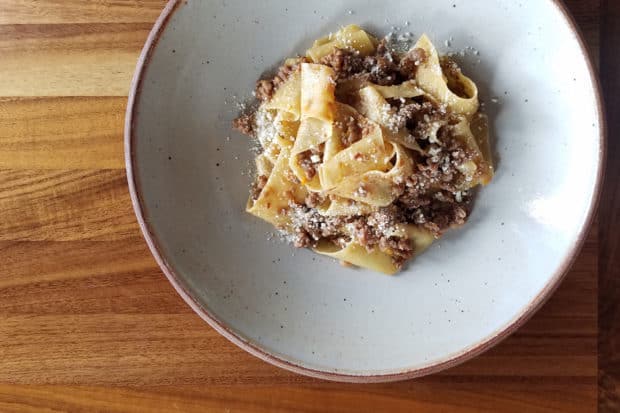 A restaurant, bakery and artisanal market all rolled into one, Jeff Cerciello’s Farmshop, in the Brentwood Country Mart, offers such flavorful, seasonally driven dishes as chickpea fritters with beet hummus and broccoli. After a scrumptious lunch, grab some edible souvenirs in the market, such as dried fruit and nuts from Peacock Family Farms and chocolates by Compartes. For a casual Mexican meal, try chef Ray Garcia’s downtown B.S. Taqueria, starting with the Oaxacan Bramble (a drink combining mezcal, seasonal fruit, lemon and habanero peppers) followed by cauliflower al pastor tacos, tostadas or churros, accompanied by más bebidas. For a more formal, modern experience, Garcia’s dinner-only Broken Spanish takes the tres leches cake. North of downtown, near Dodgers Stadium, the hipster community of Silver Lake boasts some of the city’s best eats for those willing to make the trek. At family-run Taiwanese eatery Pine & Crane, crowds line up just before noon to dig into sesame- and cucumber-laden dan dan noodles and mapo tofu speckled with Sichuan peppercorns and pea shoots from the owners’ farm. New to the scene is Botanica, a pint-sized vegetable-centric restaurant on Silver Lake Boulevard started by two food writer-editor friends. The sunlit, airy space is matched with bright and healthful plates like a rice noodle salad with mint, honey-roasted beets and fried shallots. Leave room for Magpie’s Soft Serve, a Silver Lake scoop shop that will take you back to your childhood with its refreshing blood orange Creamsicle. 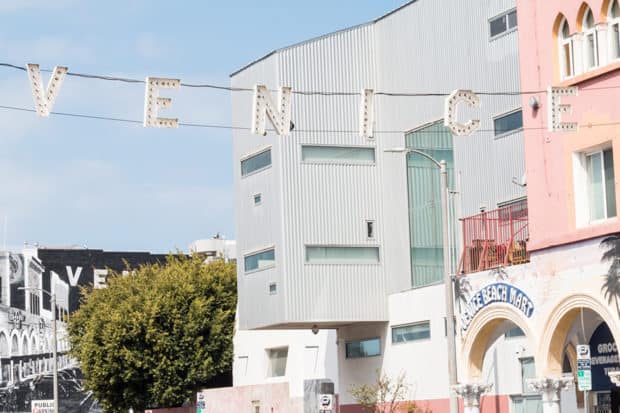 Anchored by such boutiques as Heist, Huset and Burro, Abbot Kinney is still fabulous for strolling and shopping. In recent years, nearby Rose Avenue has been on the rise, with shops like Lily Ashwell and Parachute Home, known for its dreamy linens. Australia’s Bassike now has a store on Lincoln Boulevard a few doors down from Merchant Modern, with its collection of design objects, furniture and rugs. The Platform, a six-building complex in Culver City with a central courtyard, houses outposts of Blue Bottle and Aesop, the curated menswear boutique Magasin, design emporium Poketo and Monrow, home to super-soft Ts, in addition to several eateries. A similar colossal downtown complex, the Row, recently debuted as the home of design brand A+R’s flagship store, along with other boutiques, like footwear purveyor Bodega, and such eateries as San Francisco’s Tartine, coming soon.

Contact Indagare for assistance planning a trip to Los Angeles. Our specialists can book you at the hotel that is right for you and plan great meals and activities.

“Downtown L.A. is exploding; it's gone from almost a forgotten landscape to this uber-hip place to be. ”