From Miami to Mexico and Savannah to Sonoma, we’ve scoped out five perfect places for weekend getaways, all with new hotels and restaurants and activities galore. These dynamic destinations guarantee something for all types of travelers—whether you’re looking for a retreat in the sun or the next foodie hot spot in which to wine and dine—all within a short flight or drive from either U.S. coast.

Contact Indagare to book easy weekend getaways to Savannah, Sonoma, Mexico, Miami or Aspen. Our team of expert trip designers can recommend the best hotels, restaurants, activities and more just for you. 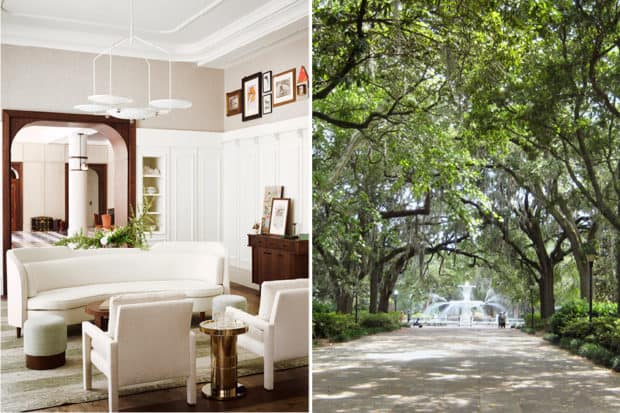 Epicureans and art lovers now have plenty of reasons to visit this coastal Georgian city, where traditional historic antebellum architecture and warm Southern charm are complemented by renowned galleries and trendy restaurants offering innovative, farm-to-fork Southern cuisine. Husk, led by James Beard Award–winning chef Sean Brock, opened to much fanfare earlier this year in an elegantly restored home in the Historic District and, like its sister restaurant in Charleston, sources all its ingredients from the South. The American Prohibition Museum—the country’s first dedicated to the Prohibition era—debuted late last year, and its full-service speakeasy has been earning praise for the Jazz Age cocktails it serves to museum-goers and evening revelers. Yet another reason to visit is chic new boutique property Perry Lane Hotel, which celebrates the city’s roots and culture in its eclectic décor, including works by local artists, while bolstering Savannah’s culinary renaissance with its foodie focus: in addition to a restaurant and wine market offering locally sourced fare, it has two cocktail bars, one inside and one on the spacious roof—the prime location for relaxing during weekend getaways. 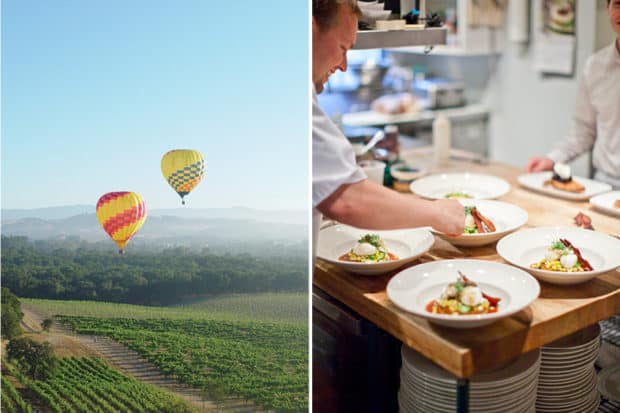 In addition to classic properties like Meadowood, Auberge du Soleil and Farmhouse Inn, visitors to Napa and Sonoma will find new gems, such as Luxury Collection hotel Las Alcobas, overlooking the Beringer Estate vineyards, and Francis House, an old-world bed-and-breakfast in a refurbished 19th-century mansion. Slated to open in Napa this year is Four Seasons Calistoga Resort, with a winery led by acclaimed winemaker Thomas Rivers Brown on the property. On the dining front, Charlie Palmer, the celebrity chef behind New York’s popular Aureole, unveiled a new steakhouse in downtown Napa’s Archer Hotel. And making headlines in the valleys are two San Francisco transplants: Ristorante Umbria, which closed after two decades in the city, has brought its beloved Italian cuisine to Sonoma County, while the owner of San Francisco’s brunchtime favorite Zazie launched Lovina in the space formerly occupied by Calistoga Kitchen. And for activities, oenophiles will want to spend their days roaming the vineyards and tasting the local reds and whites, but there are plenty of other options for gourmets, shoppers and families, including restaurants, artisanal boutiques, fun cooking classes, lush bike trails and watersports on the Russian River. 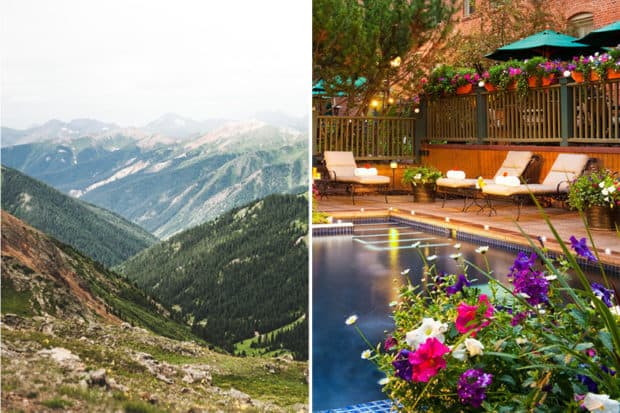 Verdant Aspen in the fall season; the pool at Hotel Jerome

Aspen is heaven for outdoor enthusiasts, even when its slopes aren’t covered in snow. Seemingly infinite miles of wilderness, 14,000-foot-high mountains and roaring rivers, not to mention resorts, provide ample opportunities for hiking, biking, golf, paragliding, white-water rafting, horseback riding, rock climbing and, of course, top-notch skiing. For those looking to indulge in après-ski (or après-hike) dinner and drinks, Aspen has always offered a surprising number of top restaurants, and a new one is joining the fold this year. The acclaimed Manhattan restaurant Eleven Madison Park is launching a cold-weather counterpart to its popular summer pop-up in the Hamptons that will be named EMP Winter House; it will be overseen by much-lauded chef Daniel Humm, who is expected to mine his Swiss heritage for culinary inspiration. Last summer, the stylish and historic Hotel Jerome unveiled a series of expansions, including two 2,000-square-foot, three-bedroom residence-style suites, each on its own private floor, and a 60-person event space in the converted 140-year-old Aspen Times printing house, complete with a cool basement bar, Bad Harriet. 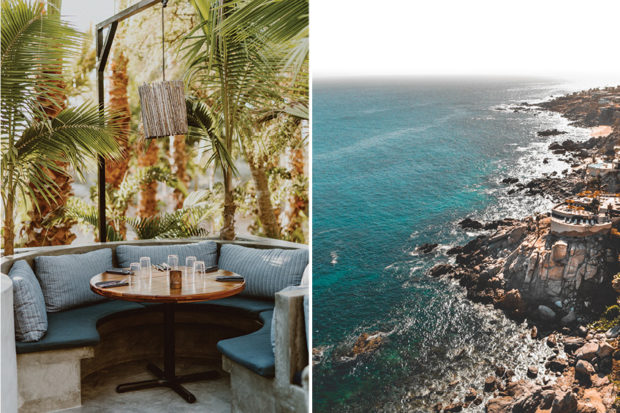 This longtime retreat for jet-setters and celebrities is ushering in a new era of luxury with a development currently underway at Costa Palmas. This includes a members-only yacht club, a Robert Trent Jones II golf course, private villas and residences, a full-service marina and two much-anticipated resorts from the Four Seasons (opening early 2019) and Aman (opening 2020). Meanwhile, Ritz-Carlton Reserve is adding the oceanfront Zadún, which emphasizes tranquility with private villas featuring plunge pools. Nobu’s first Mexican hotel is also slated to open on Cabo’s beachfront this year, and a new Montage resort just debuted at Santa Maria Bay with one of the area’s only swimmable beaches. Cabo’s current lineup of pampering resorts, meanwhile, continues to improve. Las Ventanas al Paraíso recently introduced Arbol, where the chefs use woks imported from Hong Kong and tandoor ovens from India to craft Asian fare. Plus, longtime favorite Flora Farms recently opened a second restaurant, Acre, a beautiful spot for alfresco dining during weekend getaways. 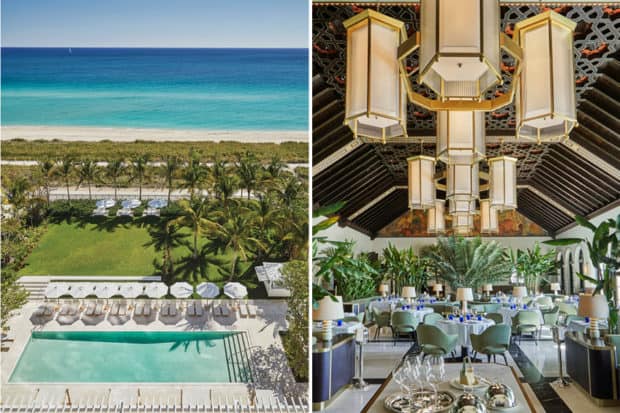 With its avant-garde art and design districts, fusion culinary scene and seven-square-mile stretch of white-sand beach, Miami lures sun worshippers and culture hounds. And thanks to last year’s opening of the Four Seasons Hotel at the Surf Club, the property is on everyone’s must list, because of its elegant yet family-friendly atmosphere, luxe rooms and high-touch service, not to mention the first-ever offshoot of the Amalfi Coast’s Le Sirenuse restaurant, complete with a Champagne bar.

Related: Where To Go This Fall

Contact Indagare to book easy weekend getaways to Savannah, Sonoma, Mexico, Miami or Aspen. Our team of expert trip designers can recommend the best hotels, restaurants, activities and more just for you.

“The restaurant at the Four Seasons at the Surf Club is excellent, and the hotel draws a sophisticated crowd for cocktails in the evening. We would absolutely come back here!”