The Best New Hotels and Restaurants in Los Cabos

For years now, Los Cabos has been a magnet destination for luxury travelers, who venture to the southwestern tip of Baja California Peninsula’s alluring combination of sea and sand flanked by a mountainous desert. It’s already home to some of our favorite properties, but a slew of openings in 2019 mean that there is much to see that’s new, and even more on the horizon. Here’s what not to miss on your 2020 Cabo vacation.

Contact Indagare for assistance planning an escape to Cabo. 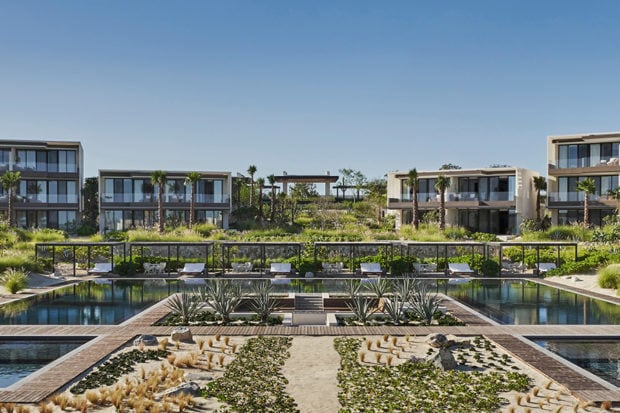 In October, Four Seasons Resort Los Cabos opened at Costa Palmas, a new development on the eastern side of the Baja California peninsula, more than an hour away from the hotel zone. Located on a remote stretch of private coastline, the resort features a two-mile, swimmable beach, a game-changer for Los Cabos, where most of the beaches are too wavy to swim. The 141 guest rooms and suites showcase quintessential Four Seasons elegance, while resort amenities include four pools, a massive spa and wellness center, five restaurants, an 18-hole golf course and a marina. (Next year, Aman will also open at Costa Palmas, followed by a Soho House.)

And November 2019 saw the debut of Zadún, a Ritz-Carlton Reserve (in line with the brand’s other reserve resorts Mandapa and Dorado Beach) has a dramatic oceanfront location and elegantly appointed rooms. Tucked in between the dunes of Puerto Los Cabos, Zadún’s 115 guest rooms, suites and villas—set in 42 two-story casitas—all offer sea views and a personal butler, and most come with a private plunge pool and terrace. Golf lovers can play the new Greg Norman and Jack Nicklaus-designed 27-hole course, as well.

Also of note: Resort at Pedregal changed hands and became Waldorf Astoria Los Cabos Pedregal in September 2019. For now, only the name has changed at the decade-old ultra-luxe property, although expect more changes as 2020 continues. 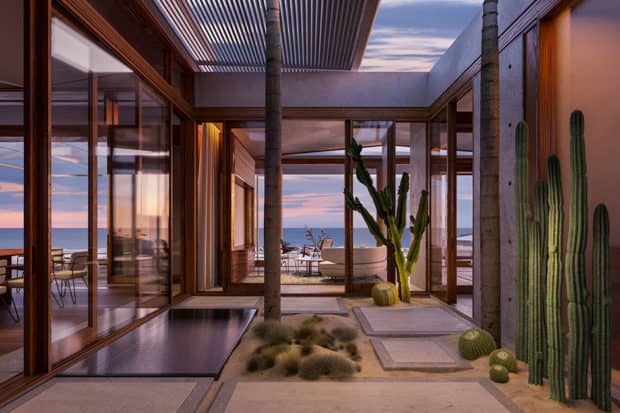 Luxury brands continue to set their eyes on Cabo. Park Hyatt and St. Regis are opening along the hotel corridor, while Aman and Soho House are joining the Four Seasons at Costa Palmas.

New hotels mean new restaurants to check out as well. Sushi lovers will want to make beeline to Nobu Los Cabos, the resort’s outpost of chef Nobu Matsuhisa Michelin-lauded (and celeb-approved) seafood chain. At the Ritz, Humo is the showstopper. Its name, meaning “smoke,” refers to the fire and firewood involved in nearly every dish at this Latin grill, which overlooks the Sea of Cortez. And if you’re staying along the hotel corridor, it’s worth it to venture to the new Four Seasons across the peninsula for its Limón, a farm-to-table hangout in a citrus grove overlooking the beach. Also check out the resort’s outpost of Estiatorio Milos, the Mediterranean seafood hotspot from chef Costas Spiliadis.

Unaffiliated with a resort, Puerto Raiz is a 13-acre farm-to-table estate in San Jose del Cabo, opening in February 2020. Chef Javier Plascencia—a James Beard Award-winner with six other restaurants across the Baja peninsula, plus Pez in Miami—will operate two open-air restaurants on the site. Semillon will be an all-day casual spot for tacos and the like, while Animalone will be a fine dining option.

On Thursday evenings, through June, downtown San José del Cabo offers a weekly Art Walk through the Gallery District. The neighborhood is closed off to cars from 5 P.M. to 9 P.M., and pedestrians can enjoy complimentary gallery visits and talks with local artists. It’s a creative, fun way to engage with life outside the resorts, particularly for those with a penchant for colonial architecture and contemporary art. Interested buyers may even find a few souvenirs to bring home.

The annual Black & Blue Marlin Tournament is returning from October 20-24, attracting an eclectic range of die-hard fishermen and keen spectators.

Contact Indagare for assistance planning an escape to Cabo.