The Best Things to Do in NYC: Spring and Summer 2019

The start of spring in New York City brings with it a flourish of exciting new restaurants and must-see shows and exhibits. Here are the latest and greatest things to do in NYC for spring and summer 2019, including our guide to Hudson Yards, a new restaurant from an Israeli celebri-chef, the just-opened and critically acclaimed musical Hadestown and the summer Broadway arrival of Moulin Rouge. 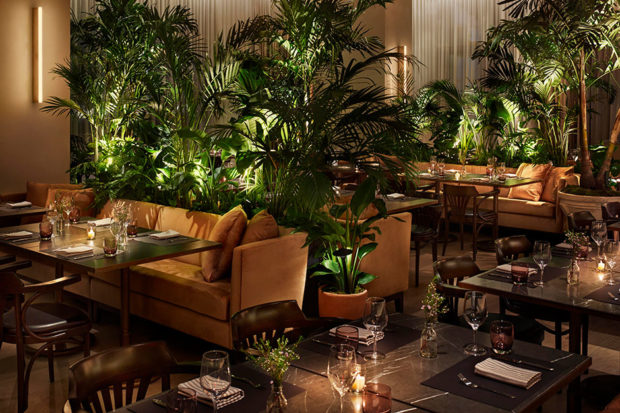 The Terrace restaurant at the EDITION Times Square, photo by Nikolas Koenig

While many native New Yorkers steer as far clear of Times Square as possible, the always-crowded NYC intersection has a bona fide attraction in the new Times Square EDITION hotel, which opened in February. The Ian Schrager–backed hotel has a restaurant run by a Michelin-starred chef, Jeff Koons-inspired artwork and a tricked-out entertainment space with Cabaret performances. At the very least, it’s a stylish spot to grab a bite pre- or post-theater. This summer, Equinox will debut its first hotel ever at Hudson Yards. The wellness-driven property, the first of several planned hotels from Equinox, will have a 60,000-square-foot fitness center, a health food–focused restaurant and bar and striking views of Hudson Yards’s already-iconic Vessel. For travelers just flying through NYC, the TWA Hotel, located in the Eero Saarinen–designed TWA Flight Center at JFK International Airport, provides a very sleek place to rest and refresh before another flight. Opening mid-May, it will have a Jean-Georges Vongerichten restaurant, rooftop pool, Shinola boutique and more.

Related: Where to Go This Spring

The Best New Restaurants in NYC 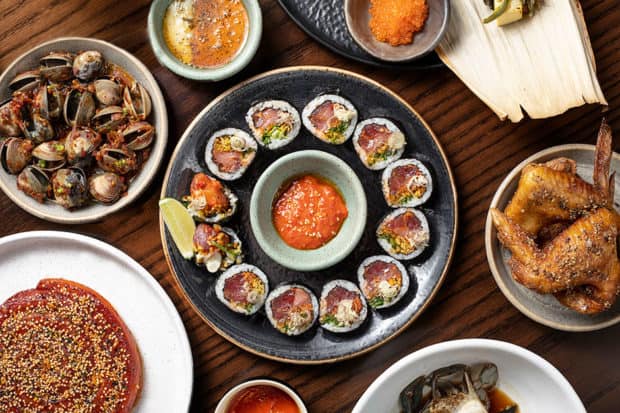 As we await the return of an NYC classic, Pastis, which will reopen in the Meatpacking District in early May, we’re frequenting two famous restaurants that have put down roots in the city. Au Cheval, the Chicago restaurant that many claim has the best burger in the U.S., is serving indulgent fare (think honey-fried chicken and a bologna sandwich) from a warehouse-style space in TriBeCa. Hell’s Kitchen has welcomed HaSalon, the second location of chef Eyal Shani’s Tel Aviv restaurant of the same name. The Israeli restaurant has two seatings, the latter of which turns into a bit of a party, with music and a theatrical atmosphere.

Related: The Perfect Weekend in Chicago

The Best Broadway Shows for 2019 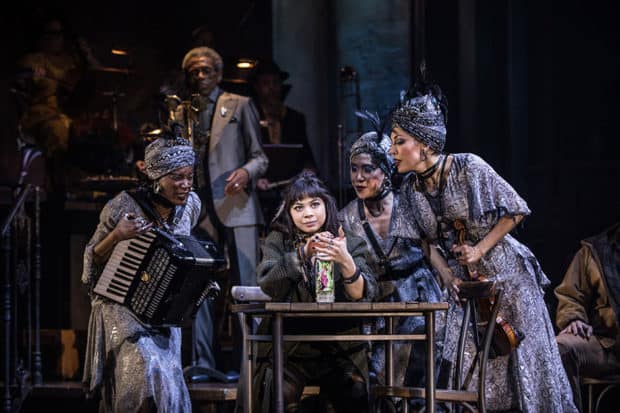 Opened on April 17, Hadestown is winning rave reviews for its musical retelling of the Greek myth of Orpheus and Eurydice, with music by Anaïs Mitchell. Showing at the Hayes Theater until July 21, What the Constitution Means to Me was written by and stars Heidi Schreck. The play, inspired by Schreck’s life and teen years spent giving speeches about the U.S. Constitution, highlights how the document impacted several generations of women in her family. Starring John Lithgow and Laurie Metcalf, Hillary and Clinton takes place in 2008 and follows the former First Lady as she tries to salvage her failing Presidential campaign. Catch it before it closes on July 21. Back on Broadway and starring Annette Bening, Arthur Miller’s All My Sons tells the story of a family with a secret in the years following World War II, and is playing through June 23. Opened on April 23, Tootsie delivers a musical adaptation of the beloved movie with music from David Yazbek, who won the Tony for Best Original Score for The Band’s Visit. Later this summer, the Broadway adaptation of Baz Luhrmann’s blockbuster film Moulin Rouge hits the stage at the Al Hirschfeld Theatre (previews begin June 28). The Paris-set musical will star Karen Olivo and Aaron Tveit as ill-fated lovers Satine and Christian and includes a mix of songs from the original film as well as top hits released in the years since the movie’s 2001 release.

Related: Arts & Culture Preview 2019: What To See This Season

The Best Exhibits in NYC

Running from May 3-August 18, Garry Winogrand: Color, displays the artist’s photographs of life in mid-century New York at the Brooklyn Museum. Over at the MoMA are more than 200 pieces from collector and New York City Ballet co-founder Lincoln Kirstein, including photographs by Walker Evans, paintings by Honoré Sharrer and sculptures by Gaston Lachaise, as well as a Joan Miró exhibit centered around his painting The Birth of the World (both are open until June 15). Photography lovers can’t-miss Implicit Tensions: Mapplethorpe Now, the exhibit at the Solomon R. Guggenheim Museum dedicated to the prolific Robert Mapplethorpe, who is known for his controversial large black-and-white photos (open until July 10). The Museum of Jewish Heritage is showing Auschwitz. Not long ago, Not far away., the most comprehensive exhibit about the concentration camp and its history to run in America, which showcases more than 700 original objects and 400 photographs (May 8-January 3, 2020).

Where to Shop in NYC

The Shops at Hudson Yards include a Neiman Marcus, Sephora and Zara, but the most notable newcomer is Forty Five Ten. The Dallas-based company has a handful of stores throughout the U.S., where it sells a seriously well-edited mix of high fashion, vintage, menswear and accessories. An added plus for aesthetes: the striking contemporary art at the NYC boutique. In the Meatpacking District, Hermès has opened a shiny new boutique that has a pointedly more youthful vibe than its other stores. The industrial-chic shop spans two floors and offers a café for mid-shopping coffee and snacks.