Winter lovers, take note: ice hotels are, literally, the coolest thing. Each year, in a handful of locations around the world, artists and craftspeople band together for several weeks to build an entire compound of ice and snow, only to see it melt away a few months later. But for the brief season, these clusters of glacial rooms and suites are a surprisingly cozy refuge from the frigid weather outside (fun fact: while Arctic temperatures can dip into the -40s, igloos, by design, maintain a temperature of 19 to 60 degrees). Read on for Indagare’s picks for the world’s best ice hotels. 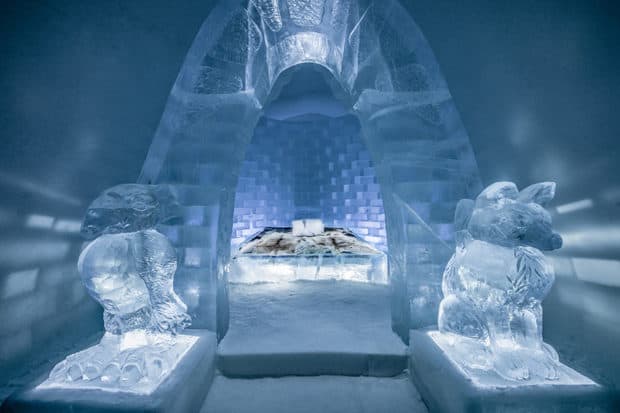 Sweden’s Icehotel opened first as an art gallery inside an igloo in 1989. One day visitors asked if they could stay the night, and the hotel was born. Each year since, around 40 artists from around the world converge in the Swedish portion of Sápmi to sculpt a new incarnation, using more than a million cubic feet of snow and ice to build one-of-a-kind, themed suites. Past examples include rooms with icy houses of cards, polar bears and sharks. 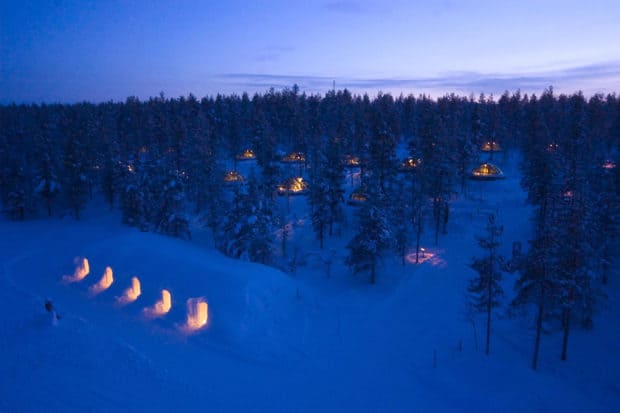 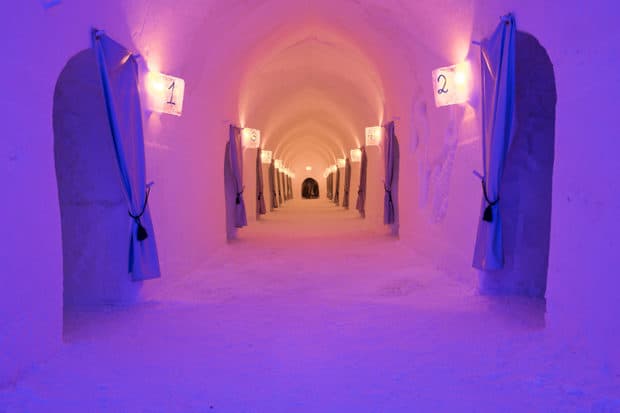 For two decades, Sorrisniva Igloo Hotel has welcomed cool-seekers to Norway’s remote Finnmark region. More than 200 miles above the Arctic Circle, the property is the northernmost ice hotel in the world, which increases the odds of seeing Aurora Borealis during your stay. The 30 bedrooms and suites, built entirely of ice and snow, always showcase a local theme, such as Nordic myths, Vikings and Arctic wildlife. During the day, guests can enjoy reindeer- and dog-sled rides, ice-fishing, and educational encounters with the region’s native Sami people. 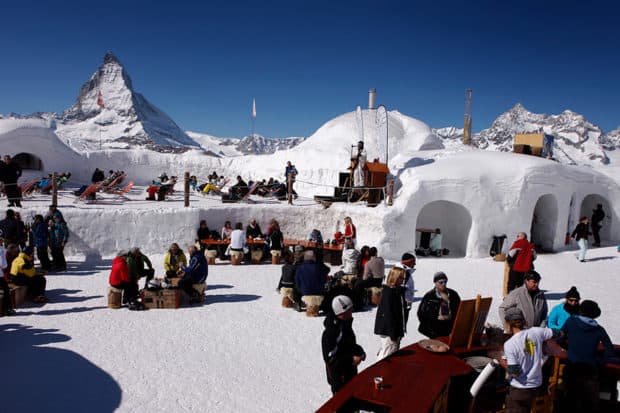 Open to the ski crowd in the day, Iglu Dorf Zermatt is a private enclave with the best view of the Matterhorn come nightfall. Courtesy iglu-dorf.com

Iglu Dorf is a small collection of frosty Alpine resorts around Switzerland, Germany and Austria. Book the Zermatt location for postcard-perfect views of the Matterhorn. Up to 32 guests can sleep in 10 igloos, carved into the snow-covered slopes at an altitude of nearly 9,000 feet. Daily fondue is on the menu at this ski-in, ski-out ice hotel, which features two charming Swiss restaurants and two hot tubs (one for all guests, and another for the expansive igloo suite). 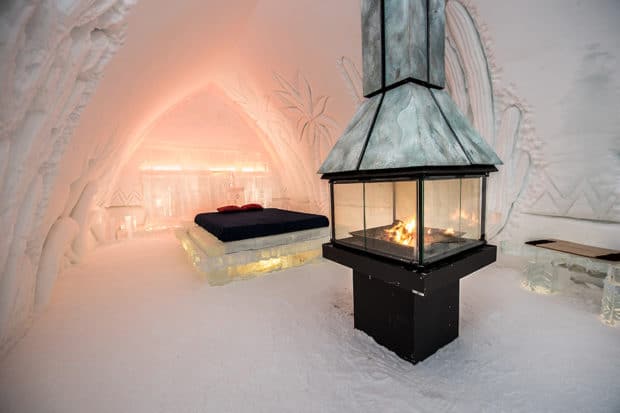 Barely a half hour outside of Quebec City, Hotel de Glace is the only ice hotel in North America. Its 42 rooms and themed suites are on the grounds of a family-focused “vacation village,” with a campground, indoor waterpark and—come wintertime—an outdoor Nordic spa area. Select suites have hot tubs and, a rarity for ice hotels, working fireplaces. Travelers with kids can reserve a room with three beds, as well.