Best New Hotels of 2020: Our Top Picks from Around the World

To help you craft your hotel hit list for 2020, we’ve found 20 of the most exciting hotels slated to open throughout the year. From two luxe arrivals in New York City and the first hotel on the grounds of Versailles to a sustainable escape on Benguerra Island and a new venture from South Africa‘s leading hotelier Liz Biden, here are Indagare’s picks for the year’s most anticipated newcomers.

Contact Indagare for assistance planning a customized trip to one of these new properties.

Travelers looking for the most exclusive way to experience the Château de Versailles—and spend the night sleeping like French royalty—will want to reserve at this hôtel particulier set on grounds of the world-famous palace and overlooking the parterre of the Orangerie and the Pièce d’Eau des Suisses. The hotel is housed partially in Le Grand Contrôle, built in 1681 by Jules Hardouin-Mansart, the architect of King Louis XIV, and after a four-year restoration, the intimate new address features just 14 rooms and apartments, an Alain Ducasse restaurant, a Valmont spa, an indoor swimming pool and 18th-century-style interiors fit for Marie Antoinette herself. Plus, guests can enjoy behind-the-scenes access to the palace and grounds. 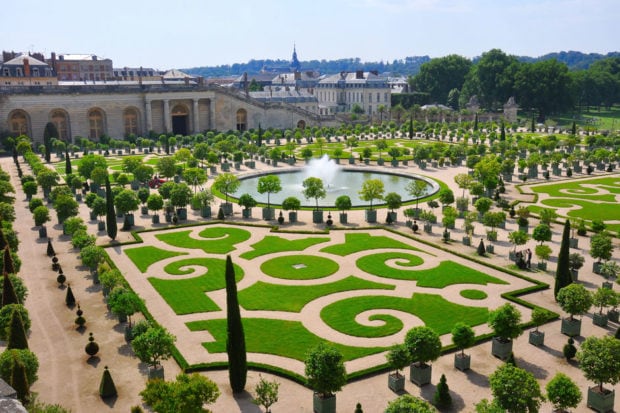 The gardens at Versailles. Courtesy Fotolia.

Adventure travelers drawn to Iceland’s otherwordly natural wonders have long lamented the lack of five-star hotels in Reykjavik, so when the new property from Ian Schrager’s EDITION portfolio broke ground in a city-center location near the Harpa Concert Hall, it signaled the welcome arrival of an international luxury property in the up-and-coming capital. The EDITION will offer 250 rooms, as well as a restaurant and spa. 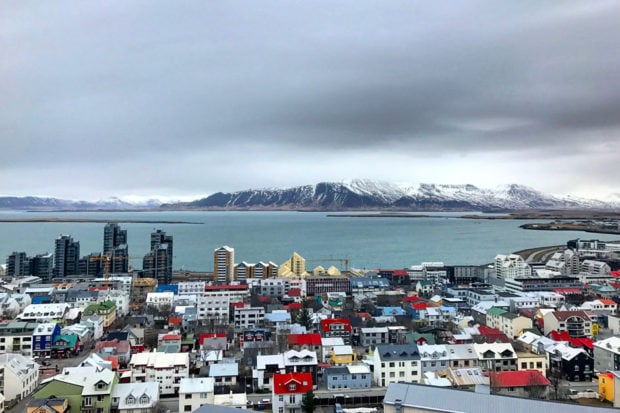 The fifth property from the team behind chic properties like Cheval Blanc St-Barth Isle de France and Cheval Blanc St.-Tropez, the Cheval Blanc Paris is perched at the edge of the Seine, just a few minutes from the Louvre and the Pont Neuf bridge, connecting both banks to the Île de la Cité. With a residential-style atmosphere, the hotel has only 72 rooms, 46 of which are suites. Additional amenities include a Dior Spa, 30-meter swimming pool and multiple restaurants. 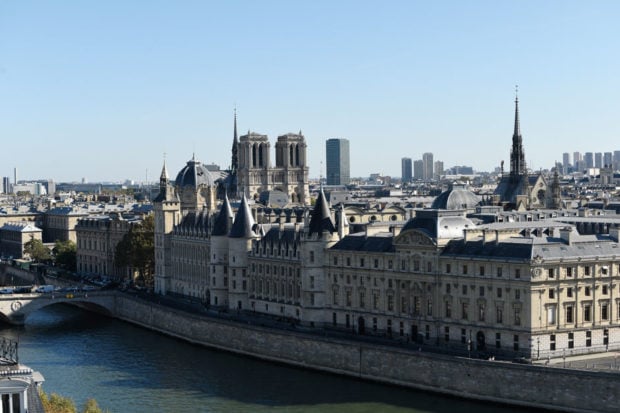 Rocco Forte expands its Italian portfolio (which already includes Rome’s Hotel de Russie and Puglia’s Masseria Torre Maizza) with this beautiful turn-of-the-century palazzo in Palermo, the capital of Sicily. Located a 10-minute drive from the city center, the property, which was originally built as a private seaside villa, features 68 rooms and suites, a restaurant and interiors designed by Olga Polizzi and Paolo Moschino. 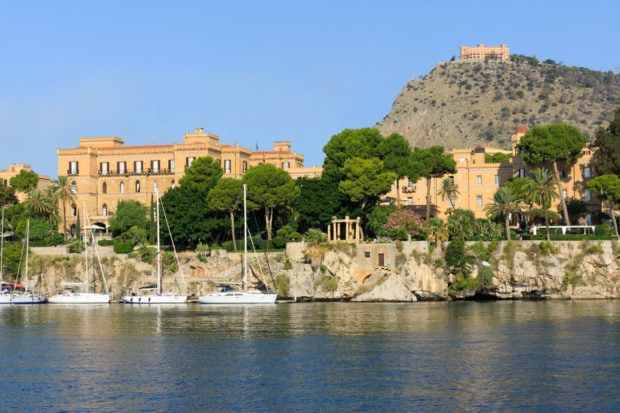 Despite its rich cultural heritage and powerful sites preserving the history of World War II, Poland has never drawn the same crowds as its European neighbors, but this may not be the case for long. Warsaw, the capital and business center, is a rapidly developing metropolis with a young population of creatives, and the country is currently emerging as a travel destination thanks to several new hotels: Warsaw’s grande dame Europejski Hotel reopened as a renovated Raffles in 2018, and now, the luxury Nobu brand is opening its own property in the city center, with 117 rooms, a contemporary aesthetic and a signature Nobu restaurant.

Philippe Starck spearheaded the reimagining of Zurich’s historic Eden au Lac hotel into the new La Réserve, from the hotel group behind the beloved La Réserve Paris and La Réserve Ramatuelle. The intimate hotel has just 40 rooms and suites, most with views of the sparkling Lake Zurich.

The latest hotel from Italian luxury brand Bulgari is set on the prestigious Avenue George V, in one corner of Paris’ famed “Triangle d’Or,” or Golden Triangle, a shopper’s paradise in the eighth arrondissement that also encompasses the Champs-Élysées and Avenue Montaigne. The Bulgari will offer 76 rooms, many of which are suites, as well as a spa, 25-meter pool, Bulgari restaurant and courtyard garden. 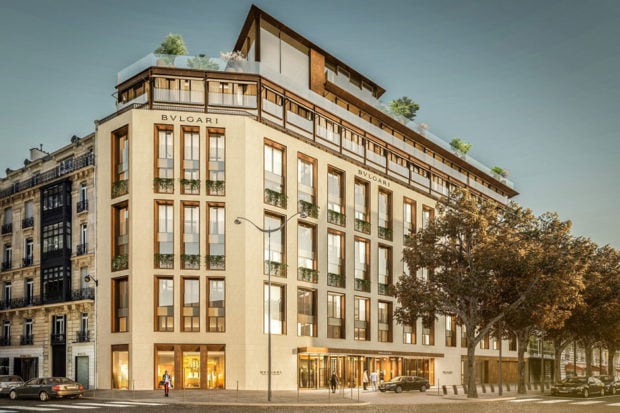 The Aman brand, known for its ultra-luxurious properties with a sleek, minimalist style and Zen ambience, has found its New York home in the city’s iconic Crown Building, opened in 1921 at the corner of Fifth Avenue and 57th Street, with views of Central Park. The hotel will feature 83 rooms and suites, a three-story Aman Spa with a 20-meter indoor pool, Italian and Japanese restaurants and an underground jazz club.

The spa pool at the Aman New York. Courtesy Aman.

Miraval, founded in 1995 with the mission of bringing mindfulness and “life in balance” to its guests, opens its third destination spa this year in rural Massachusetts. Sister property to the flagship Miraval Arizona and Miraval Austin, the Berkshires location, nestled among 380 acres of spectacular New England scenery, promises an array of wellness offerings, including spa services, meditation, yoga, outdoor activities, nutrition counseling and more. 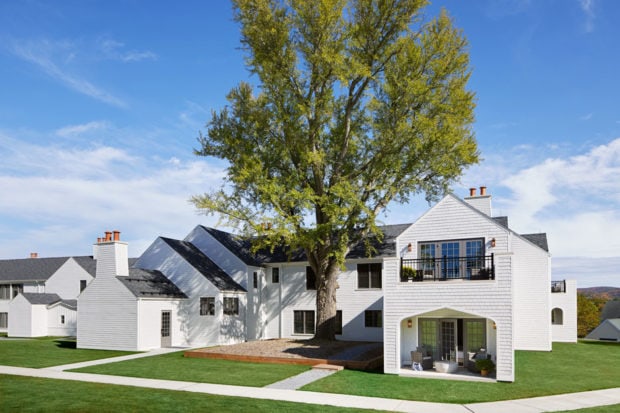 Oenophiles and foodies are eagerly awaiting this resort in California’s scenic wine country. Set on a working Cabernet Sauvignon vineyard in the town of Calistoga and featuring an on-site winery led by acclaimed vintner Thomas Rivers Brown, the Four Seasons will offer guests a full immersion in the “grape-to-glass” experience, with hands-on winemaking workshops, tasting sessions and more. 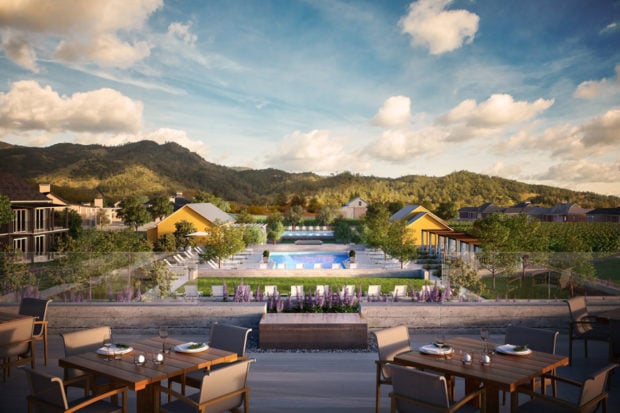 The latest Explora property brings the adventure brand to Argentine Patagonia, joining its sister property on the Chilean side, Explora Patagonia (Patagonia’s original luxury lodge, set within Torres del Paine National Park), as well as Explora Atacama in the northern Atacama Desert. Located about 10 miles from the village of El Chaltén, Explora offers 17 rooms and suites inspired by the design of Argentine estancias, and outdoorsy guests have access to half- and full-day excursions in the UNESCO-protected Los Glaciares National Park and the surrounding region, such as land hikes, ice hikes, rock climbing and more. 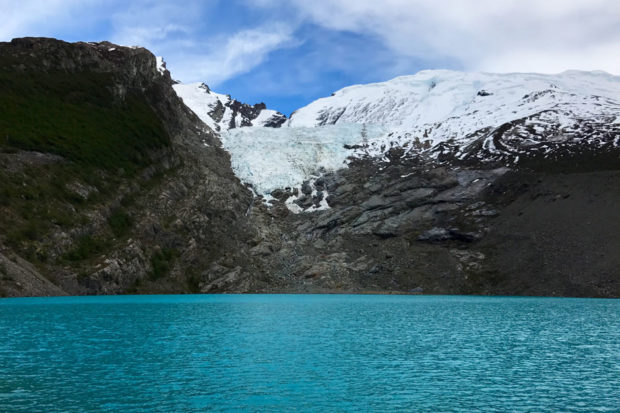 The view from the Glacier Huemul in El Chaltén, Argentine Patagonia. Courtesy Indagare.

This One&Only resort commands a unique cliffside perch overlooking the Pacific Ocean, nestled among the lush beachfront jungle of Mexico’s Riviera Nayarit coastline and surrounded by the Sierra del Vallejo Mountains. The resort is comprised of 104 treehouse and cliff-top villas (each with a private plunge pool), a beach club, multiple restaurants and an 85,000-square-foot kids’ club, and activities include sailing, fishing, whale-watching, hiking and horseback riding at the nearby Mandarina Polo & Equestrian Club. 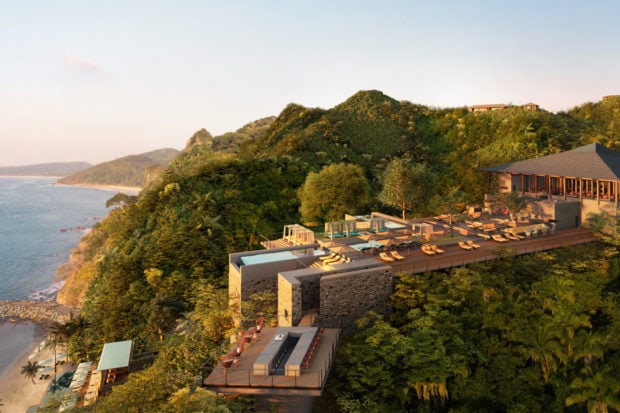 Pioneering wellness resort brand Six Senses is staking a claim in the Big Apple with Six Senses New York, the group’s first North American property, located in The XI, two striking towers designed by architect Bjarke Ingels in West Chelsea, overlooking the Hudson River and the High Line. The hotel’s 136 rooms will occupy 10 floors of No. X, and the 45,000-square-foot wellness space will encompass a vibroacoustic meditation dome, a magnesium pool, a Holistic Anti-Aging Center, a yoga studio and more. 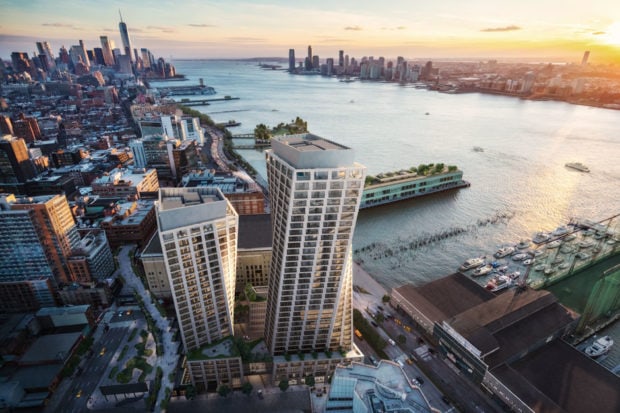 The Exterior of The XI on the High Line in West Chelsea where Six Senses New York will be located. Courtesy Six Senses.

The Royal Portfolio is one of Africa’s leading hospitality firms, founded by design maven Liz Biden and including such show-stopping (and beloved) properties as Royal Malewane, La Residence and The Silo Hotel. Royal Gorongosa makes a splash as the portfolio’s first property outside of South Africa. The lodge’s setting in Gorongosa National Park, in Mozambique, is particularly noteworthy: Once known as “the Eden of Africa,” the park is considered one of the continent’s top restoration and conservation projects. Devastated during the civil war in the 1980s, the park lost 95 percent of its wildlife by 1994. In the early 2000s, the Mozambican government partnered with the U.S.-based Carr Foundation, investing more than $40 million in the park’s restoration and a future of eco-tourism. Royal Gorongosa will feature eight luxury tents decorated by Liz Biden, each with a plunge pool and gazebo, and activities include game drives, walking safaris, canoeing on the Pungwe River, visiting coffee plantations on the slopes of Mount Gorongosa and more.

Xigera (pronounced kee-jera) is set in a remote section of the Moremi Game Reserve, at the heart of the Okavango Delta in Botswana. The eco-friendly tented camp from pioneering brand Wilderness Safaris is completely solar-powered, with 12 spacious, air-conditioned suites, a pool and a gym. Activities include daytime game drives, seasonal boating and mekoro rides, catch-and-release fishing, helicopter tours, guided walks and more. Guests should keep their eyes peeled for sitatunga antelopes, hippos, elephants, Pel’s fishing-owls and a variety of waterbirds. 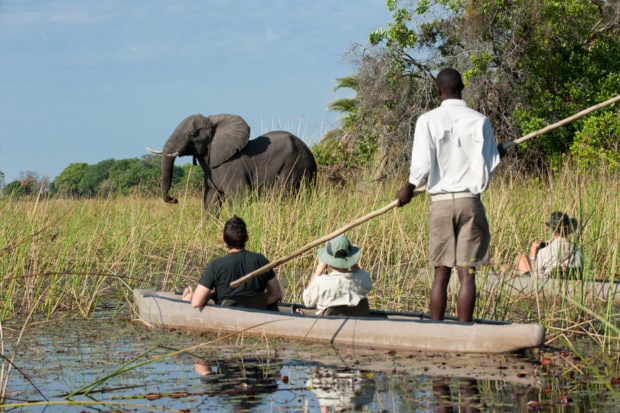 Set on Benguerra Island, an isle off the coast of Mozambique known for its white-sand beaches and snorkeling and diving sites, the 750-acre Kisawa Sanctuary offers a unique take on sustainable luxury: The resort, which partners with its non-profit sister project the Bazaruto Center for Scientific Studies, incorporated customized 3D printing technology into its construction process, using a mortar of local sand and seawater to minimize the building’s environmental impact. The retreat comprises 12 one-, two- and three-bedroom bungalows (each with a swimming pool, private beachfront and outdoor kitchen), the “Kisawa Residence,” four dining outlets, two bars and a wellness center specializing in traditional Chinese medicine and Ayurvedic offerings. 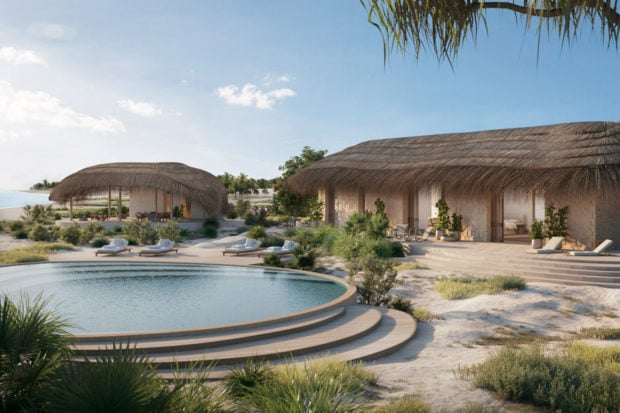 The spa at Kisawa Sanctuary. Courtesy The Boundary.

Asia and the Pacific

Mandarin Oriental’s first hotel in Vietnam will be located on the upper floors of Union Square Saigon, a building in central Ho Chi Minh City, adjacent to the Saigon Opera House, that will also house a variety of luxury retail outlets. The Mandarin features 227 guest rooms and suites, six restaurants and bars, a fitness center, spa and outdoor swimming pool.

The luxury wellness brand expands into Israel with the Six Senses Shaharut, a 58-room property overlooking the Negev Desert’s Arava Valley. A great destination for relaxation and exploration, the hotel will have a tranquil atmosphere and offer yoga, spa treatments and nutritional consultations, as well as such activities as dining in a Bedouin tent, sunset camel rides and outdoor movie nights. 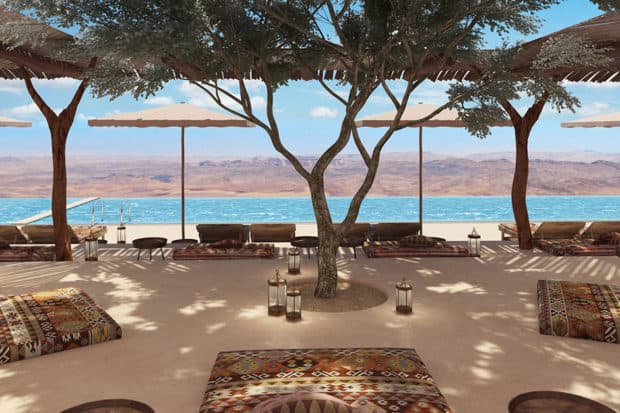 The Four Seasons will be a gamechanger for Bangkok, bringing 700 jobs to the city and a new luxury option for travelers looking to explore Southeast Asia. Set on the banks of the Chao Phraya River, the 299-room property includes a riverfront infinity pool, Cantonese restaurant and Thai spa. 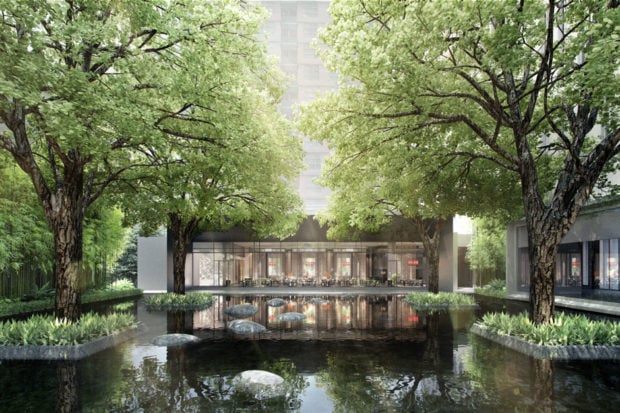 andBeyond’s first property in Asia—the brand’s African lodges include andBeyond Benguerra Island and Lake Manyara Tree Lodge—this new lodge is set in the small village of Punakha, Bhutan, home to the 300-year-old Punakha Dzong, a 17th-century fortress that once housed the country’s government and is now the winter home of Bhutan’s senior abbot. Punakha River Lodge offers views of the Mo Chhu river and the Himalayas, and activities will likely include kayaking, hiking and other outdoor ventures. 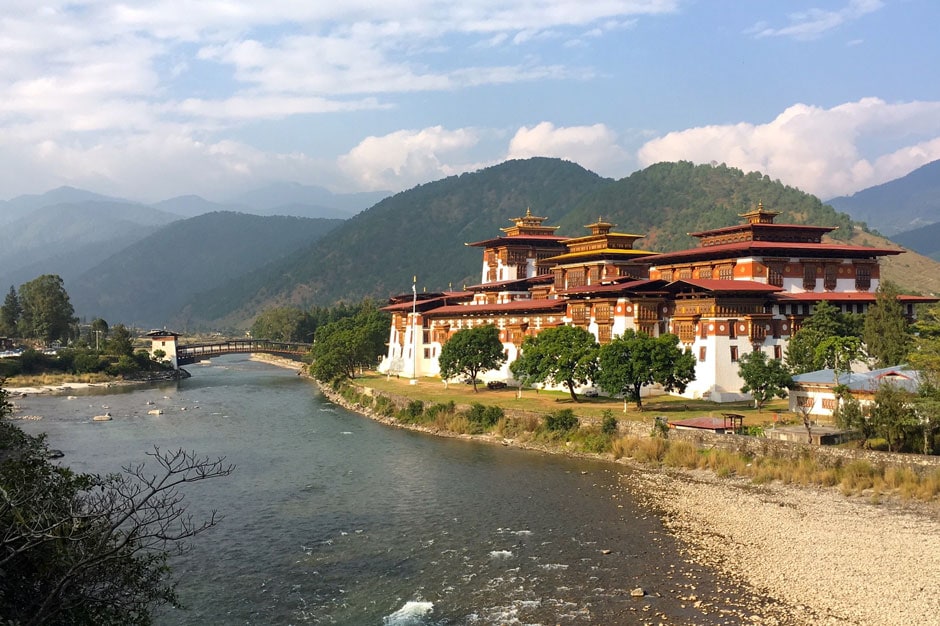 Contact Indagare for assistance planning a customized trip to one of these new properties.