They say you should start a new year in the manner in which you’d like it to continue, so (no pressure) making great New Year’s Eve plans should be high on your priority list, alongside those resolutions. Luckily this year the holiday falls mid-week, which means many businesses will cut their losses and close for the entire week, allowing for extra travel time—and make it worth your while to go somewhere fabulous. Here are eight cities around the world that ring in New Year’s with style, and the special access that Indagare can arrange for you while there.

Contact Indagare to book a trip for New Year’s, including your hotel, meals, activities and special, behind-the-scenes access arranged by our expert team. 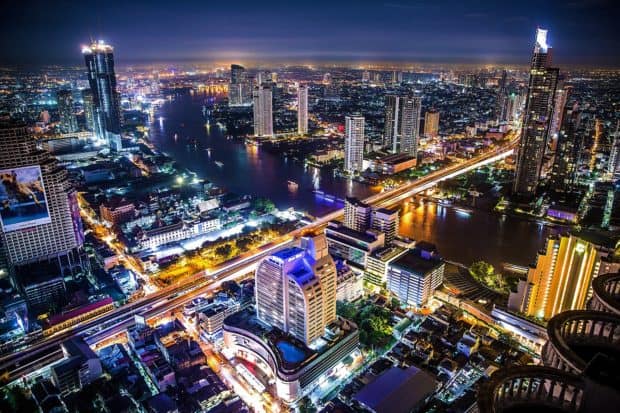 Renowned as a wild nightlife city year-round, Bangkok knows how to throw a party. The night market Asiatique is a popular convening spot, starting from around 5 p.m. and hosts live music, fireworks and a giant countdown at midnight.

“Bangkok is the most vibrant city and the food, sights, energy, and hospitality to be found there are unparalleled… especially on New Year’s Eve.” -Indagare’s Sarah Levine 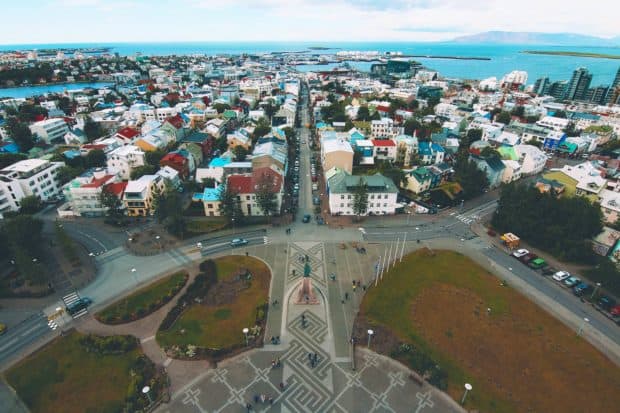 Two thirds of Iceland’s population lives in Reykjavik, and on New Year’s Eve it seems that every man, woman and child sets off their own fireworks. In fact, residents buy fireworks from the country’s search and rescue service as part of a major fundraising campaign, ensuring a breathtaking spectacle.

“As beautiful as I was told Iceland would be and as much as I thought could imagine it, the real place was spectacular in a way I could not have prepared for.” –Jack Freedman, Indagare member since 2016 (read his member postcard) 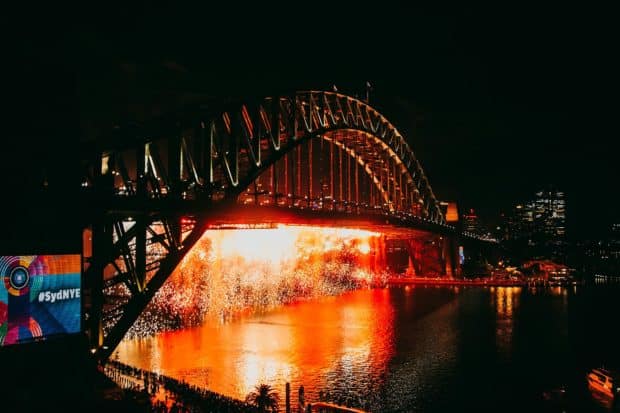 Spend New Year’s Eve in Sydney and you’ll be among the first people on earth to see the new year. For this reason and the warm weather (New Year’s is during summer in Oz), Sydney draws more celebrators than Times Square at midnight on December 31. Plus, the fireworks are spectacular. At 12 minutes’ long, the show honors each month of the year and includes a “waterfall” from Harbour Bridge down into the water. 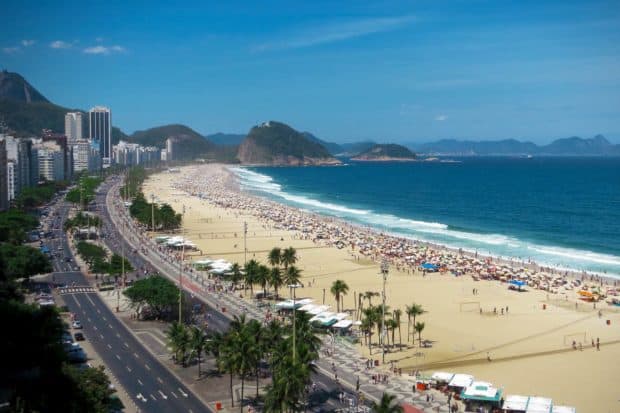 Wear all white in Rio on New Year’s Eve and you’re guaranteed luck and prosperity in the new year, or so the tradition goes. Warm weather (December and January are the height of summer in Brazil) mean that most New Year’s celebrations happen outside, specifically on the Copacabana Beach and around the Belmond Copacabana Palace. Get swept up in the revelry and you might find yourself dancing to samba music in the sand and watching fireworks at midnight from the Vista Chinese pagoda.

Indagare access: For those who’d like to explore the nightlife options of Rio, Indagare can arrange for a private guide to take you around the city after hours. 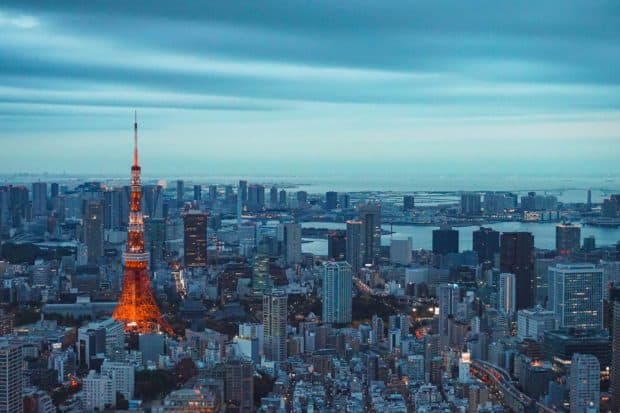 A four-day party marks the new year in Tokyo, starting on December 29 and including plenty of karaoke. The neon-lit city, unsurprisingly, beautifully melds together the modern with traditional, and some of the most beautiful holiday experiences can be found in local temples.

“Japan is an ideal home for me because I’ll never get to the bottom of it, and I can’t begin to bring my linear ideas and preconceptions to its merry, promiscuous sprawl.” -Indagare Insider, Pico Iyer 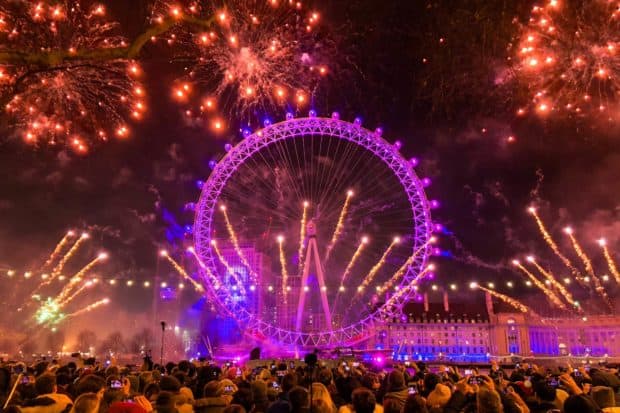 The London Eye acts as the centerpiece of the city’s New Year’s Eve fireworks show, making spots along—or on—the Thames prime viewing venues. And while official tickets for the fireworks show sell out well in advance, visitors can still get glimpses of the show from a number of restaurants and bars.

“Restaurant-wise, London is intoxicatingly varied. There is so much going on: the passion behind the pop-ups, the artisan producers, the restaurants, bakeries and market stalls is incredible–urban beekeepers, the perfectionism and dedication of baristas and bakers, seaweed foragers. I love it!” -Indagare Insider Yotam Ottolenghi 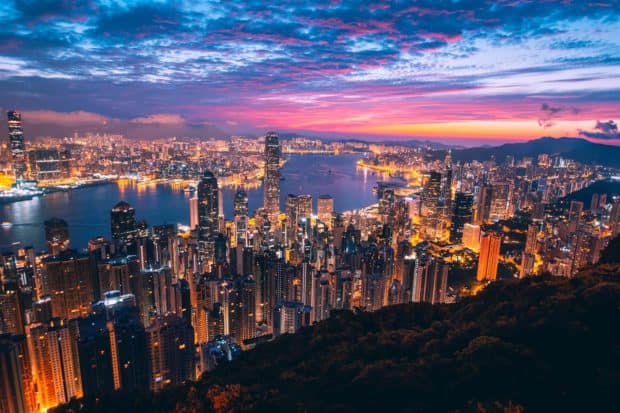 The fact that Hong Kong celebrates Western New Year’s with equal gusto as it does Chinese New Year is a metaphor for how the city’s population beautifully balances east and west. On December 31, fireworks start at 11pm with “shooting stars” going off every 15 minutes, culminating in the big show set to music at midnight. And in a metropolis with such vertigo-inducing towers, there is no shortage of vantage points for prime viewing.

“At first glance, Hong Kong is a Western territory, all shiny skyscrapers and multilingual business people. But scratch the surface, and it reveals deep Chinese roots, where superstitions and traditions are solidly embedded, but a distinctive, freewheeling spirit remains.” -Indagare’s Simone Girner 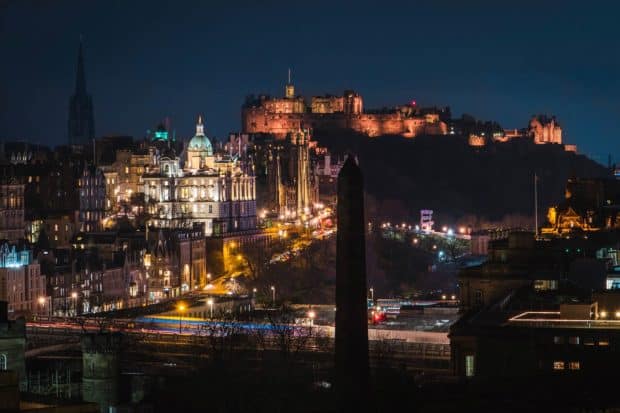 Hogmanay, or the Scottish version of New Year’s Eve and Day, is believed to have origins in Norse and Gaelic traditions, and includes fun customs like “first-footing,” a celebration of being the first visitor (or “foot”) to cross friends’ thresholds. Unsurprisingly for such a vibrant city, Edinburgh celebrates in style, with a Viking parade, fireworks over the castle, bonfires, concerts and riotous rounds of Auld Lang Syne (written by Scottish poet, Robert Burns).

“Unlike bigger cities like London and Glasgow, Edinburgh has maintained a classic aesthetic that makes wandering its tree-lined, cobblestone streets feel like stepping back in time.” -Indagare’s Ried Stelly

Contact Indagare to book a trip for New Year’s, including your hotel, meals, activities and special, behind-the-scenes access arranged by our expert team.