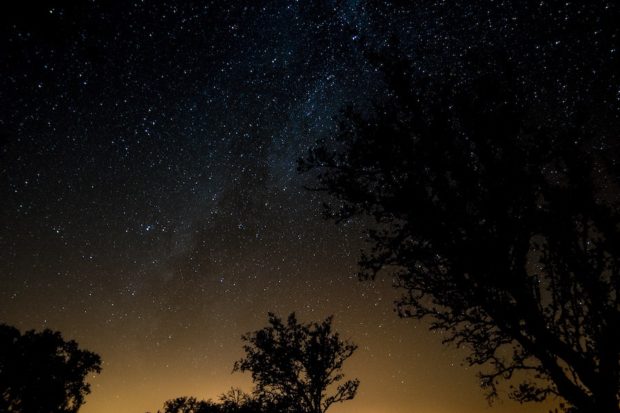 “Keep your eyes on the stars, and your feet on the ground,” — Theodore Roosevelt

This year, one of the biggest trends in travel has been to get as far away from crowds as possible.  An added benefit to some of these remote destinations: many of them happen to be some of the best places to see stars in the United States and beyond. Clear skies, low light pollution, dry, crisp air and a little bit of magic are requirements for excellent stargazing, and some destinations on the planet offer those in spades.

The Northern Lights, however, are very much location- (and seasonally) specific. The elusive Aurora Borealis, which is the colorful result of gas particles in the atmosphere interacting with one another, is the name of the lights visible above the earth’s north pole (the lights in the south pole are called Aurora Australis). And while you’re never guaranteed to see the Lights, going to certain destinations at particular times of year increases your chances. We’ve rounded up a list of some of the best places to see the stars, including the Northern Lights, around the world, from the Atacama Desert to Alaska, plus where to stay.

Contact Indagare for assistance in booking trips to the best places to see stars and the Northern Lights. 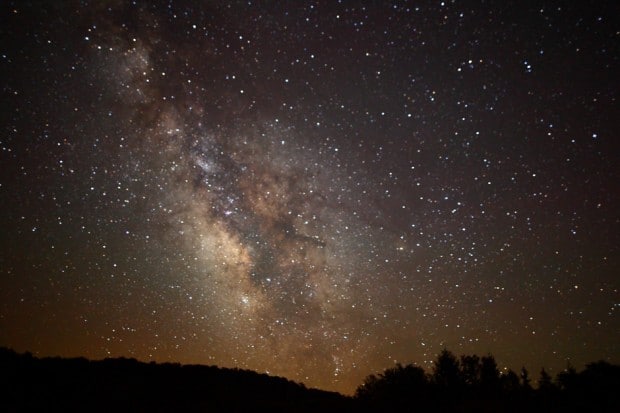 Best Places to See Stars in the United States

The summit of Mauna Kea volcano, nearly 14,000 feet above sea level, affords breathtaking views of the clouds below and clear skies above. A sacred landmark according to Hawaiian mythology, Mauna Kea is home to 13 observatories, including Onizuka Center for International Astronomy Station.
Stay: Four Seasons Resort Hualalai.

Visitors to the 35,000-acre national park in southern Utah can see as many as 7,500 stars on a good night, especially when led by one of the park’s Astronomy Rangers. The well-organized Astronomy Night programs are open to all ages, but the hottest ticket is a Full Moon Hike. The annual four-day Astronomy Festival takes place each June.

Stay: The Lodge at Bryce Canyon

With Mount Denali as its centerpiece, this national park is larger than the state of New Hampshire, protecting nearly 10,000 square miles from development—and light pollution. And thanks to its northern latitudes, Alaska has long hours of darkness for much of the year in late fall, winter and early spring. (Note: during summer months, the midnight sun makes for a surprising lack of stars, so if seeing the night sky is the goal, avoid May through September)

Part of Superior National Forest in northern Minnesota, and straddling the Canadian border, the Boundary Waters is a massive expanse (totaling more than a million acres) of lakes, streams and bogs and boreal forests, hundreds of miles from the nearest major town. A canoe-lover’s fantasy, it’s home to more than a thousand designated canoeing routes.

Stay: Within the park, you’ll likely be camping. Contact Indagare for our favorite Minneapolis hotels to bookend your trip.

The eastern seaboard’s population density makes finding top stargazing spots something of a challenge, but Susquehannock State Forest, in the Pennsylvania Wilds region, is an exception. It encompasses 265,000 protected acres, and gives travelers a chance to see the planets, tens of thousands of stars and the Milky Way, just over a four-hour drive from New York City and Philadelphia.

This desert resort town east of Los Angeles is better known for its mid-century modernist architecture than its stargazing, but it places visitors within an hour to two registered dark sky reserves, Joshua Tree National Park and Anza-Borrego State Park. Both are some of the best places to see stars in Southern California.

Best Places to See the Stars Outside of the U.S.

Considered one of the top three Gold-tier reserves for stargazing, this region of southwestern Ireland offers views of star clusters and the Andromeda Galaxy without even the use of a telescope. Prehistoric relics here prove locals have been looking to the heavens for millennia.

In 2012 the NamibRand Nature Reserve was declared a Gold-tier International Dark-Sky Reserve, taking its place among the stars of astronomy destinations. The region offers the full array of visible astronomical phenomena, including auroras, airglows, the Milky Way, zodiacal light and faint meteors.

And for future planning, these destinations are currently closed to U.S. visitors but have some of the world’s must incredible night skies:

People come to the proclaimed “driest place on earth,” 5,000 feet above sea level, to take in the striking topography and biological rarities. This unique ecosystem is home to several astrological observatories and ALMA, the groundbreaking radio telescope.

From this dark-sky reserve—the largest in the world—the satellite galaxies known as Magellanic Clouds, the Southern Cross and even the Aurora Australis (the Northern Lights of the Southern Hemisphere) are all visible. The location, between Queenstown and Christchurch, makes this a great stop for those venturing around New Zealand’s South Island.

This UNESCO World Heritage national park, which is home to Mount Everest, has extremely low light pollution and (obviously) high altitudes, making it ideal for stargazing. The Everest Base Camp trek, which takes up to two weeks, winds through the Himalayas, mountainside villages and Buddhist monasteries. 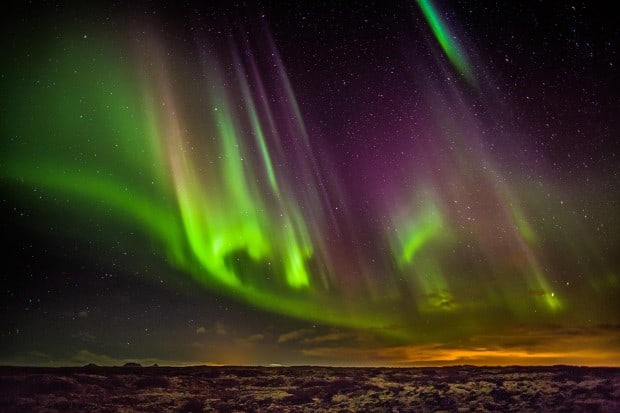 The Northern Lights are never a guarantee, and your best shot in the United States is Alaska. Besides that, these other destinations are are currently closed to U.S. visitors but are perfect for future planning.

The 49th state wows with spectacularly wild landscapes that make it one of the world’s great adventure destinations. A luxurious haven for adventurers, the five-bedroom Sheldon Chalet sits on the only privately owned land in the mountains of Denali National Park, offering unmatched views of Mount Denali’s summit—and the Northern Lights—from the comfort of your bed.

When to Go: September to late-April

When to Go: November to February

The northernmost portion of Finland sees Northern Lights on more than half the nights of the year. Visitors can go on nighttime expeditions via cross-country skis, snowmobiles, dog sleds and snowshoes, and sleep in funky hotels that feature glass igloos.

When to Go: Late August to late April

The extraordinary island nation offers an otherworldly terrain that is ripe for expeditions and exploration and is a prime destination for viewing the Northern Lights. Favorite regions for seeing the phenomenon include the black-sand beach of Vík and Ásbyrgi Canyon in northern Iceland.

When to Go: October to March, when days are shorter and there’s less sunlight.

Due to airflow coming in from the Gulf, temperatures in Northern Norway are slightly warmer than regions in Sweden and Finland that sit inland. Coupled with the existence of the charming Lyngen Lodge, this region draws visitors who want to see the Northern Lights as part of a larger Scandinavian trip.

When to Go: Mid-November to early-March

Related: Our in-depth guide to seeing the Northern Lights

“Keep your eyes on the stars, and your feet on the ground.”