The Aman Founder’s Next Act: An Exclusive Profile

Indagare contributor Allison DiLiegro speaks to Aman founder, Adrian Zecha, on his new hotel brand, Azerai, the inspiration behind the project and what we can expect from him next.

Contact Indagare to book a trip to an Azerai property. Our travel specialists can match you with the right hotel, plan great meals and activities and organize behind-the-scenes access.

It was in the early 1990s that the concept of Azerai was born. Founder Adrian Zecha tells us, “Back in 1992 when I had Aman Resorts, I had the opportunity to create a hotel that had the sensibility of luxury but was a scaled down, simplified version that would cater to a more affordable market.” That resort, called Serai and located in Bali, garnered a cult following. “However, I was busy with so many other projects in Aman’s expansion, I did not have the time to pursue the concept.”

With the sale of Aman in 2007, Zecha finally had time to pursue the vision that was born at the Serai with the Azerai brand. The name “Azerai” comes from the Persian word caravanserai, which means a resting place for travelers with a central courtyard. So far, Adrian Zecha’s resorts in Luang Prabang and Can Tho are exactly that: traveler havens in far-flung locales with enticing poolside courtyards.

According to Zecha, Aman guests staying at an Azerai for the first time should expect “aesthetically pleasing architecture, destinations that are culturally interesting and, of course, good service.” However, “there is a sense of simplicity and elegance. Our hotels offer affordable luxury.”

Related: First Look: Azerai Can Tho 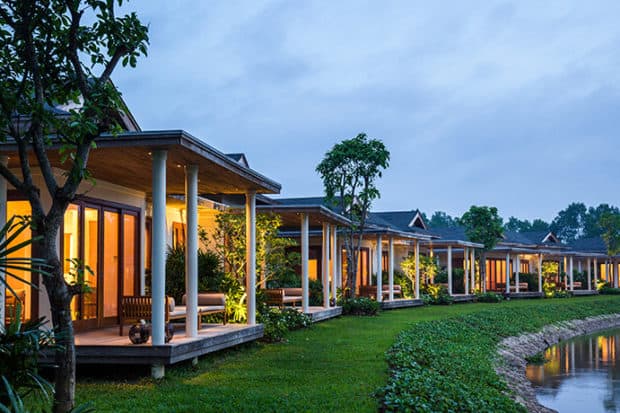 Lake rooms at Azerai Can Tho

When Adrian Zecha unveiled Aman Resorts in 1988 with Amanpuri in Phuket, his ethos rejected much of the established luxury hotel doctrine. In a landscape of grand, stately hotels, he offered minimalist interiors, a strong sense of place and discreet service. Aman guests are made to feel like they’re staying in a friend’s home. The legends of extraordinary feats by Aman staff are passed around like folklore among “Aman junkies.” This passionate tribe of regulars travels the world to stay in as many Amans as they can. According to them, there’s no experience like it.

Of course, Aman’s level of luxury comes at a price. The hotels are often the most expensive in their destination. For that reason, 84-year-old Mr. Zecha’s new hotel brand is particularly intriguing. Azerai promises refined design, simple elegance and discreet, attentive service that you would expect from an Aman eperience at an affordable rate—often a third of the price of an Aman. Zecha calls the concept “affordable luxury,” and with it, he may be transforming the hotel industry all over again. 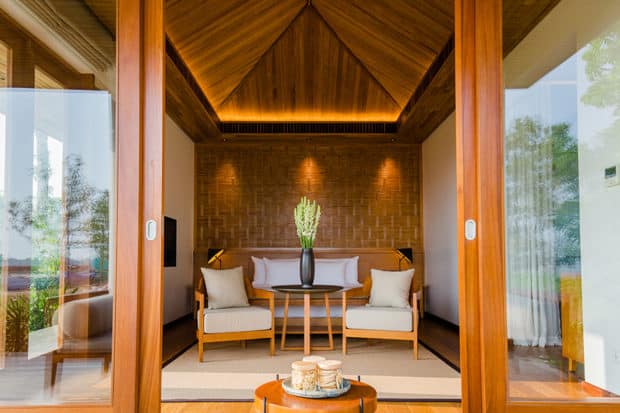 A room at Azerai Can Tho

Walking through the grounds of an Azerai, it’s not easy to see where the cost savings come from. The first hotel opened in Luang Prabang, Laos, in 2017, and the second in Can Tho, Vietnam in February 2018. The locations are unique, the architecture is sleek and the pools are expansive. Inside, bedrooms are contemporary and elegant with high ceilings, rich woods and clean lines. While the room size is reduced and the bathrooms lack bathtubs and elaborate amenities, the level of sophistication Azerai achieves at this price point is astounding.

Related: A Passage Through Vietnam 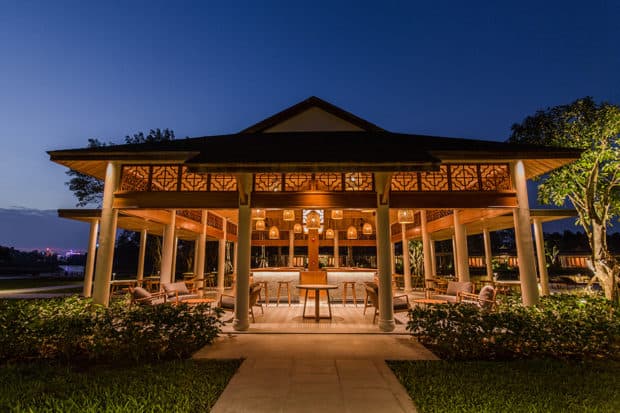 The bar at Azerai Can Tho

Zecha tells us that more culturally-driven locations are to come, including more properties in Vietnam. However, he adds, “We are not limited to Southeast Asia and are in fact working on developments in many parts of the world.”

While the next destinations are still undisclosed, he has his eye on South America. Zecha told us that he’s most inspired by Brazil and Mexico, “because the two are the largest countries in Latin America, and needless to say each have a multitude of incredible destinations.”

In the meantime, we’ll watch as Azerai sweeps the hotel industry: quietly and discreetly as only Adrian Zecha can.

“I had the opportunity to create a hotel that had the sensibility of luxury but was a scaled down, simplified version that would cater to a more affordable market.”