During a trip to Venice in September, our wooden Riva boat turned a corner and suddenly found itself in front of one of the massive cruise ships that ply the lagoon by the hundreds this time of year. Like a skyscraper floating on its side, the ship dwarfed the city, darkening the canals. There was the mint-tipped Campanile of St. Mark’s on one side, the spire of 16th-century San Giorgio Maggiore church on the other—symbols of power, artistic innovation and global trade during the height of the Venetian Empire. In the shadow of the colossal craft, with thousands of tourists lining the decks, they appeared delicate and fragile, like dollhouses. 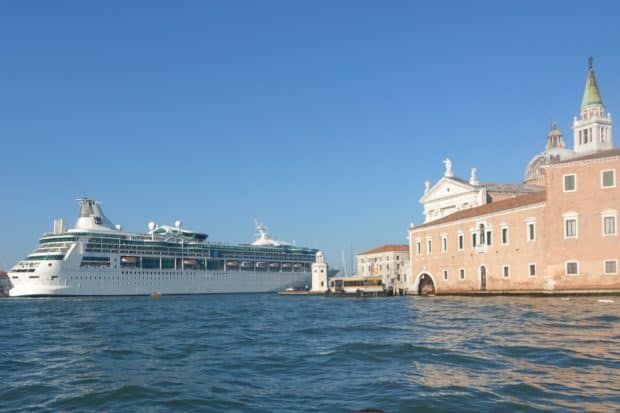 Some 22 million visitors pour into Venice each year, and as their numbers have grown, those of year-round residents have steadily declined: from 150,000 in the 1970s to fewer than 55,000 today. On a daily basis there are 73.8 tourists for each Venetian. The city has been loved to death, some say—her beautiful façades left empty of local lives.

Having joined the board of the Center for Responsible Travel (CREST) just prior to my Venice trip, I viewed the crowds with a new perspective. My experience powerfully reminded me of the association’s importance—especially now. This year, CREST devoted its annual forum to “Overtourism: Seeking Solutions,” reporting that in 2017 international tourist arrivals grew 7 percent to reach 1.326 billion, which far exceeds projections of 3.8 percent growth per year.

The term “overtourism” entered the lexicon as a Twitter hashtag in 2012, as cities like Venice, Barcelona and Amsterdam became so jammed with tourists that their residents began lobbying their local governments for change. (Today, the issue is one of such growing international concern that The Telegraph has advocated for its adoption in dictionaries as “the word of 2018.”) CREST defines it as “tourism that has increased beyond the limits of acceptable change in a destination, due to quantity of visitors, resulting in degradation of the environment and infrastructure, diminished travel experience, wear and tear on built heritage, and/or negative impacts on residents.”

While overtourism is most often associated with cities like Venice and Barcelona, where anti-tourism protests have occurred, cultural heritage sites and natural wonders are also at risk. Angkor Wat has roped off parts of the main complex to protect it from the thousands of daily visitors, and Machu Picchu now limits visitor numbers and is considering a new cable car system. 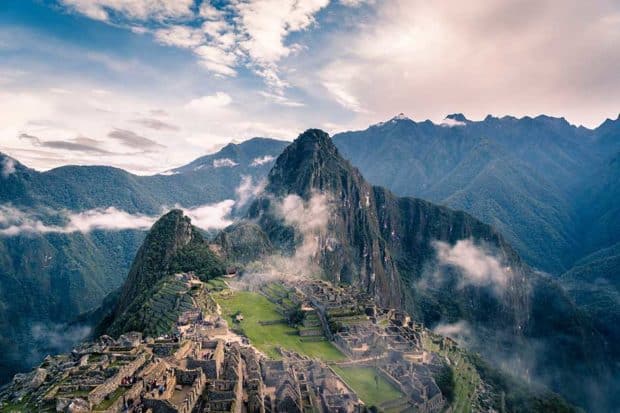 At this year’s CREST forum, which I attended in Washington, D.C., representatives from national parks in Canada and Maine, and from areas as diverse as the city of Charleston and the island of Bali, discussed the explosion of visitors in their regions and protection options—ranging from central parking areas to advanced reservations. As far back as the 1970s, a lottery system was instituted for visitors to select parts of the Grand Canyon to visit the system that has preserved not only the environment but the travel experience. After all, as one speaker said, “authenticity is about wildlife living on its own terms, landscapes free of development and exploring remoteness alone and being small in the world.”

According to the World Travel & Tourism Council in 2017, the travel and tourism sector accounted for 10.4 percent of global GDP and 9.9 percent of total employment, so it is a critical economic driver. At Indagare, we believe that at its best, travel broadens our perspectives, allows us to appreciate the diversity and beauty of the world and reminds us that we are part of a global community. The reasons for tourism growth—“a growing middle class, emerging new travel markets, improved connectivity and travel options to fit a wider budget”—will not decline, which is why it is imperative to embrace a more responsible and sustainable approach to tourism.

CREST defines responsible tourism as tourism that “maximizes the benefits to local communities, minimizes negative social or environmental impacts, and helps local people conserve fragile cultures and habitats.” I founded Indagare because I believe in the power of travel to enrich our lives and our understanding of the world but also that we should be stewards, not merely consumers, of the world’s wonders, making efforts to protect authentic travel experiences and preserving historic and natural environments.

Last week, one of our members told me that, although she loved Venice, she had decided not to return. She had heard about the crowds and wanted to remember the city as she had experienced it 20 years ago. At first, I thought, There’s an idea! Maybe once or twice in a lifetime is enough will be one aspect of a solution. But the more I thought about it, the more it saddened me.

Related: Where To Go Next: 5 Emerging Travel Destinations 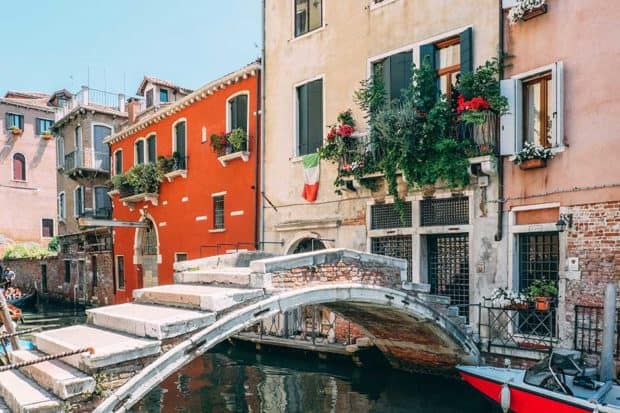 A quiet canal in Venice

I remember on my first visit to Venice at 16, I was so entranced by the beauty of the city that I threatened my mother that rather than apply to college I would enter one of the many lace-making schools that we passed. Those schools have long disappeared, but even on my trip last month, probably my seventh visit, I found that by venturing just a few blocks off of the beaten path, I could discover Venetians who depend on those who appreciate the city as they do. On Salizada San Samuele, a tiny square in San Marco, I was drawn by dramatic crystal candelabras into the gallery/atelier of Luigi Benzoni, an artist and glassblower, who was at work on a painting in the back. Across the way, at Palwer, jeweler Alessandro de Angelis, whose creations exhibit cosmopolitan style, told me about his local workshop. And a few doors down, I met Chiarastella Cattana in the chic atelier that she created after moving here from Milan. Surrounded by artisanal crafts sourced from the region, she raved about the creative energy that still exists in the city. She had spent years working as a textile designer and could live and work anywhere, but Venice had won her heart. In that quiet, picturesque square I could see why.

I had glimpsed it in my lace-making fantasy years before, too. Maybe that is part of the solution, repopulating places or taking sabbaticals. To me, like so much in our world today, it has to start small. Safe-guarding the spaces, places and people who are audacious enough to envision a new life for their destinations. I trust that they are the ones who will inspire the travelers discovering and interacting with them to become consummate stewards—not just consumers—of the world. The threat that overtourism poses is real and we, as passionate travelers, seekers and explorers, have a great responsibility, especially now. The answer is not to stop traveling, but we have to be conscious about where, why and how we travel—and to believe that every one of us can make an enormous difference.

And as for Venice: the city is finally going to amend its policy on cruise ships, relegating the largest ones to dock on the mainland. Small steps.

Related: Overtourism Isn’t a Problem (Yet) for These Alternative Destinations

“The threat that overtourism poses is real and we, as passionate travelers, seekers and explorers, have a great responsibility, especially now. The answer is not to stop traveling, but we have to be conscious about where, why and how we travel—and to believe that every one of us can make an enormous difference.”