Travel to Panama: 10 Key Tips to Know When Planning Your Trip

Thanks to its strategic position between two continents and two oceans, Panama has long been a crossroads. It was for migrating tribes, Spanish occupiers and pirates of the past, while modern history brought the French followed by the Americans who cut the famous canal, which opened in 1914. These days more than 100 international companies hang flags here as a Latin American headquarters, making it a multi-cultural melting pot. Filled with natural wonders, gorgeous beaches, a dash of hipness and outdoor adventure galore, travel to Panama will take to you a small nation that packs a punch when it comes to memorable vacations.

The country is a little smaller than South Carolina and its capital, Panama City (population 880,000), is located roughly in the middle of the country at the Pacific Ocean entrance to the Panama Canal. The city is the perfect springboard for exploring this diverse paradise. Good roads and flights connect to the mountainous Province of Chiriquí and the islands of Bocas del Toros, both about 300 miles west near the Costa Rican border, while a short 15-minute flight or two-hour ferry gets travelers at the Pearl Islands. Several flights a day land in the San Blas Islands, or you can take a six-hour trek to the coast side port of Carti.

Whatever your itinerary, Panama won’t disappoint. Here are ten things to know when planning your Panama trip. 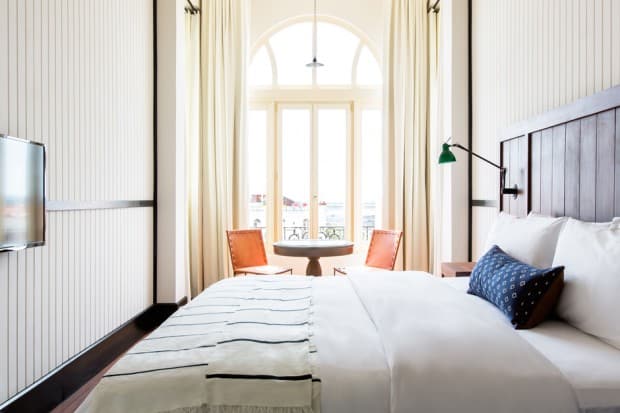 Recalibrate your definition of luxury.

While Panama City has its share of luxurious hotels tucked amidst gleaming downtown skyscrapers, such as the Bristol Panama (Aquilino de la Guardia Ave.; 507-264-0000) and the Waldorf Astoria (Uruguay St.; 507-294-8000), the rest of the city and country is not uber luxurious. Urgent requests might have to be repeated a few times; service is Latin American laid-back; and attention to detail doesn’t always translate. Panama does, however, excel at warm welcomes and genuine hospitality to travelers, a priceless luxury in which to relish.

Panama is full of white sand, coconut palms and crystal-clear water. With hundreds of miles of Caribbean and Pacific coastline, it’s no surprise that there are several wonderful beaches in the country; some of the best are found on Gilligan’s Isle–style getaways. Hop on a plane or take a ferry from Panama City to the Pearl Islands (Las Perlas). The less-touristy San Blas Islands are some of Panama’s most pristine. Bocas del Toro is an archipelago of hundreds of small islands and a popular surf and soak-up-the sun spot.

…but Panama’s jungles are where the real color lies

Mother Nature did Panama proud, filling it with jungles and inhabiting them with vibrant plants and flowers, the odd-looking cashew tree, vibrant butterflies and insects, monkeys, deer, sloths and an astounding variety of birds. Just 10 minutes from Panama City’s downtown, the Metropolitan Natural Park is astounding 655 acres of tropical forest. Outside the city, a jungle is never far away, and guided kayaking tours, bird watching walks or jungle treks showcase Panama’s best natural asset. 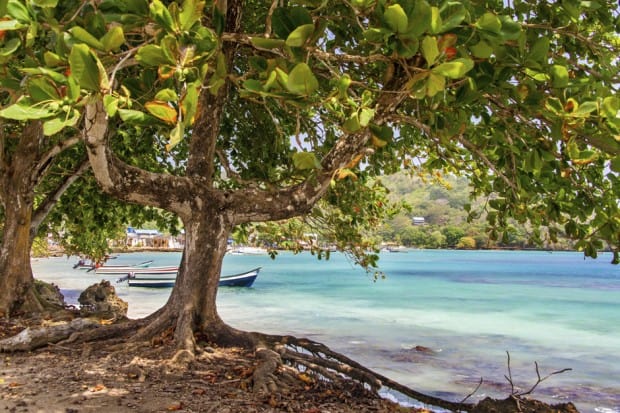 It is worth seeing the Panama Canal.

Visiting this 50-mile-long marvel that connects the Pacific to the Atlantic oceans figures on most Panama itineraries. But to be honest, watching a ship pass through the locks is a little like watching paint dry. Perhaps more exciting is actually being on a cruise yourself or part of an organized tour, which can be arranged. If you just want a quick glimpse, the Mira Flores lock is a 15-minute cab ride from downtown Panama City and has a historical museum, a theater and a viewing deck. Tip: Call ahead for the ship schedules.

It helps to know some Spanish.

Panama is home to hundreds of international companies and dispenses the American dollar from its ATMs (it’s one of two official currencies). Knowing a few words and phrases of Spanish, however, is not only polite, it’s extremely useful, especially if you plan to journey outside of Panama City. In the capital, most taxi drivers are willing to be hired for the day at very reasonable rates. Indagare Tip: Hiring a local English-speaking tour guide for a day, will make all the difference in your travel to Panama. 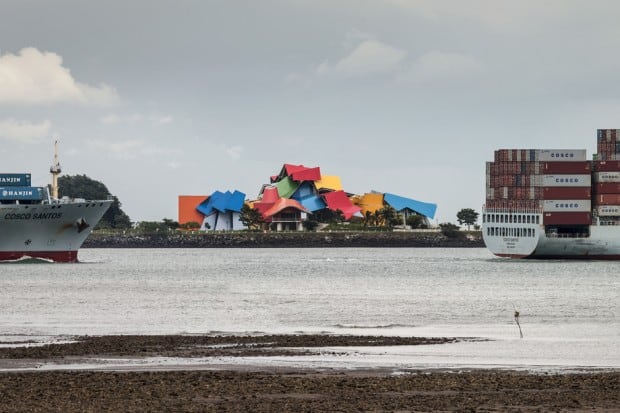 Panama City has a cosmopolitan side.

Driving into the city from the international airport, it doesn’t take long before a line of gleaming skyscrapers, casinos, hotels and swanky apartment buildings on the water have you asking: Did I land in Miami or Panama City? Here you’ll find top-shelf restaurants, hip tapas bars, and mega shopping malls such as the Multiplaza Mall, where international luxury brands sit under one air-conditioned roof. Further afield, the abstract and colorful Frank Gehry–designed Biodiversity Museum (Edificio 136, Calzada de Amador; 507-830-6700) opened last year on the Amador Causeway and celebrates Panama’s rich ecosystem and history.

Don’t let the condemned buildings and graffiti-stained walls scare you away. The historic old city known as the Casco Viejo was declared a World Heritage Site by UNESCO in 1997 and walking around feels like stepping into the 17th century. Brick streets, wrought-iron balconies and Spanish architecture and churches evoke a bygone era and restoration is fast and furious. Old buildings have been transformed into trendy boutique hotels, like Las Clementinas (Las Clementinas Chambers, Av. B; 507-228-7613) and Tantalo (Calle 8 Este con Avenida B; 507 262-4030). Come sundown, nightlife heats up on the colonial plazas, wine bars and rooftop hot spots. Check out the art-gallery-by-day speak-easy-by-night Jeronimo (Av B y Calle 10; 507-211-2758) or the lively roof bar atop the Tantalo Hotel (Calle 8 Este con Avenida B; 507 262-4030) with its killer views to downtown. Chill out with live music at Danilo’s Jazz Bar (Plaza Herrera; 507-211-2000) or sample some world-wines and nibbles at the friendly Divino Enoteca (Ave. A y Calle 4ta; 507 202-6867). A surprisingly lovely hotel option in the Casco Viejo is the American Trade Hotel (Calle 10A Oeste; 507-211-2000), which opened in the Fall of 2013 and offers comfortable boutique rooms. 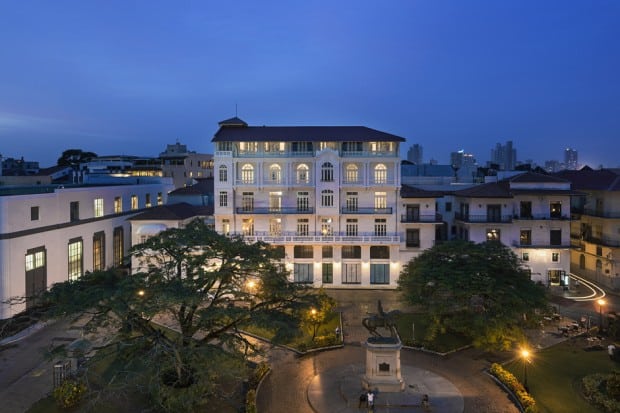 Traveling between locations in Panama takes some planning.

If you plan to travel around Panama, there’s a good chance that at some point you’ll have to stitch together multiple forms of transportation. Roads, including stretches of the Pan-American Highway, can be narrow, twisty or in a perpetual state of construction. Hiring a driver makes transportation hassle free. Copa Airlines and Air Panama are the two main carriers within Panama, servicing many smaller cities, and hotels and resorts often offer private pick ups and transfers. When reaching islands and coastal destinations like Bocas del Toro or the San Blas, water taxis take over. TIP: There are two airports in Panama City so make sure you know which one you are flying in and out of.

Newsflash: The head toppers known the world over as Panama Hats are actually from Ecuador. For an authentically Panamanian souvenir, look for the colorful textiles called mola, made by the woman of the Kuna (or Guna) tribe, the indigenous people of Panama, and sold in shops and in street markets around the country. The Casco Viejo’s upscale boutique Papiro y Yo (Avenida A; 507-211-3830), which employs local women to weave stunning original necklaces, handbags and housewares out of paper, also sells colorful fabrics with an emphasis on fair trade. Other take-home ideas: Panamanian rum and coffee.

Weather is a factor.

If it’s not sunny and humid in Panama, it’s raining and humid. Sometimes it’s cloudy and humid. Get the idea? You’ll need to wear loose clothing, sunscreen, insect repellent, a hat, and drink lots of water, especially if you plan to be active. If you want to escape, higher elevation towns, like Boquete in the Chiriqui province, sit at 3,200 feet and offer some reprieve from the sticky weather. Chances are, you’ll still get wet no matter where you go. 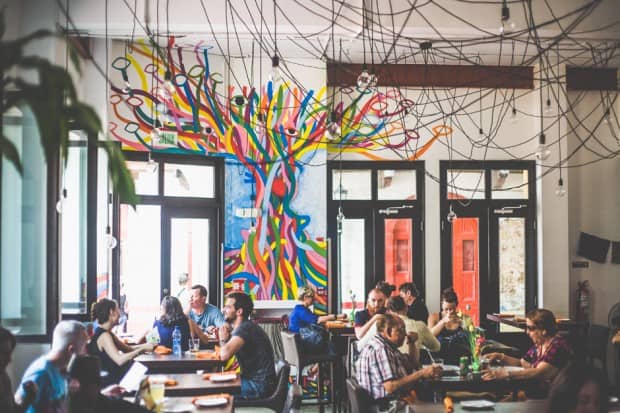