Where to See Cherry Blossoms Around the World

With warmer weather on the horizon, we’ve got our minds focused on spring—especially the few short weeks when cherry trees bloom in ethereal displays of pink and white. In Japan, the flowering trees, known as sakura, hold deep symbolism as a metaphor for life’s ephemeral nature. There, hanami—the act of viewing the blossoms—is an annual rite of spring. The rest of the world, too, has fallen in love with the delicate buds. Here’s where to see cherry blossoms around the world.

Contact Indagare to help plan your spring vacations to these floral-filled destinations. 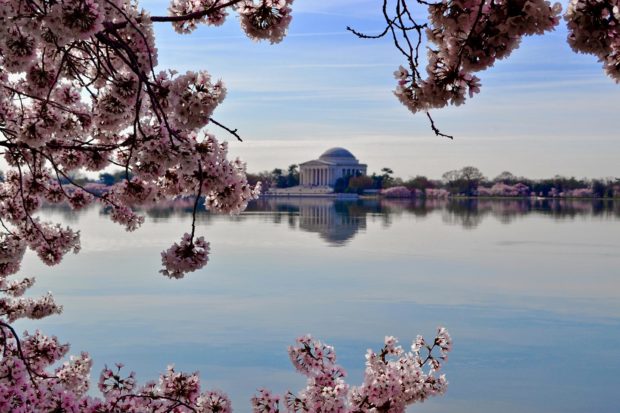 America’s most iconic cherry blossom festival has taken place in Washington, D.C. for nearly 90 years, commemorating a gift of 3,000 trees from Japan to the United States. Now, it’s a four-week celebration of springtime, with the memorials near the Tidal Basin providing the best photo-opps.

When to go: This year’s festival runs from March 20 to April 12. The average peak bloom date (when 70 percent of flowers are open) is April 4, although a warm winter may push that earlier this year.

Chiune Sugihara Sakura Park in Vilnius honors the legacy of a Japanese diplomat, who helped nearly 6,000 Jewish refugees flee Europe during World War II by defying his superiors and secretly providing transit visas. The park, created in 2001 on the centennial of Sugihara’s birth, is home to 200 cherry trees on the banks of the Neris River.

When to go: Lithuania’s trees usually bloom in mid-April. 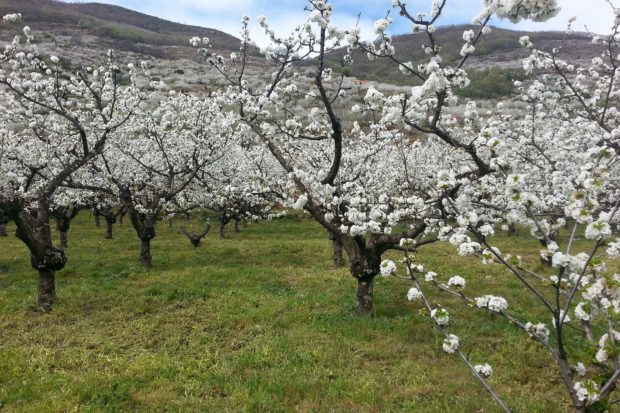 A three-hour drive west of Madrid, Spain’s Jerte Valley is home to 1.5 million Picota cherry trees, whose extra-sweet fruit drives the area’s economy. The small, family-run farms which rise up the valley’s slopes become blanketed with pink-and-white petals each year, attracting madrileños and a growing number of foreigners to this under-the-radar countryside getaway.

When to go: Budding usually begins in mid-March, with a peak in flowers occurring the last two weeks of the month.

Of the roughly 130,000 trees lining the streets of Vancouver, nearly a third are cherry varieties, and the city celebrates the annual blooming with a three-week festival. One of the most popular event series is the Petal Picnic, viewing parties in which participants can bring their own picnic or pre-order sakura-themed boxed lunches at parks across the city.

When to go: This year’s festival runs from April 2 to 26. Blossoms begin to appear on some trees by March, with other varieties usually blooming a few weeks later in April. 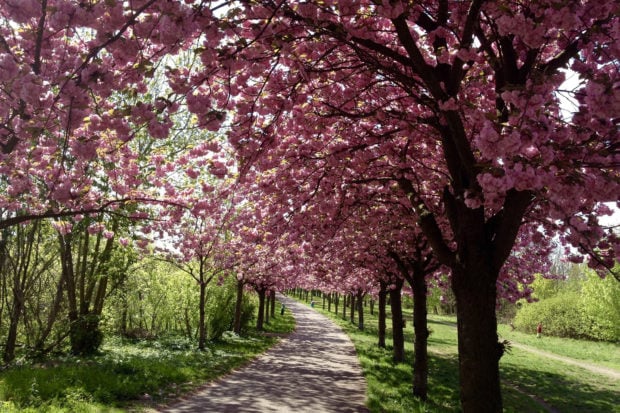 Cherry trees form a floral canopy over the cobblestoned Heerstrasse, or “cherry street” in Bonn’s historic center (pictured, top), turning the former capital of West Germany into something of an Instagram sensation. And more than 300 miles to the east, rows of cherry trees have replaced the Berlin Wall in some sections along the hundred-mile Mauerweg trail, which traces the wall’s former perimeter. The nearly 10,000 trees were a gift from Japanese civilians in honor of Germany’s reunification in 1990.

When to go: Berlin and Bonn’s cherry trees usually see peak bloom periods in mid-April or early May.

Philadelphia’s Fairmount Park, one of America’s largest urban parks—it’s two and half times bigger than New York’s Central Park—has more than 1,000 cherry trees—most of which date to a 1926 gift from Japan, commemorating 150 years of American independence. The park hosts a yearly blossom festival, including a popular 5K and 10K race under the blooming trees.

When to go: The festival takes place on April 4 and 5, and the Cherry Blossom Race occurs on April 11. Blooming peaks between late March and mid-April.

Brooklyn and the Bronx, New York 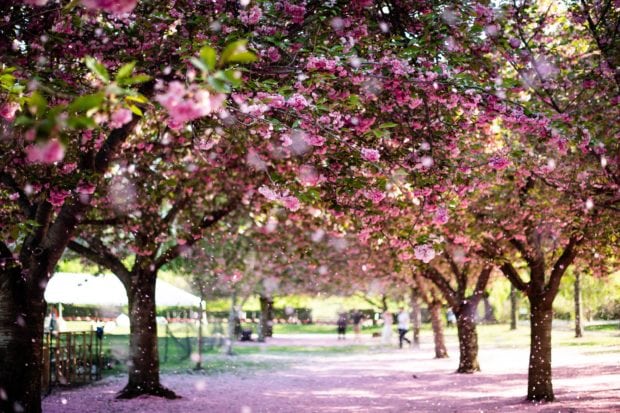 Two of New York City’s most beloved parks come alive in the springtime with their own sakura cherry blossom festivals. At Brooklyn Botanic Garden, more than a dozen varieties of cherry trees make for a multi-hued floral display within its manicured grounds, from the Japanese Hill and Pond Garden to the grand Cherry Esplanade. And in the Bronx, some 200 cherry trees line the meandering walkways, including a row of weeping cherries in front of the ornate glass conservatory.

When to go: Different tree varieties bloom in stages throughout spring, usually between late March or early April and early May. 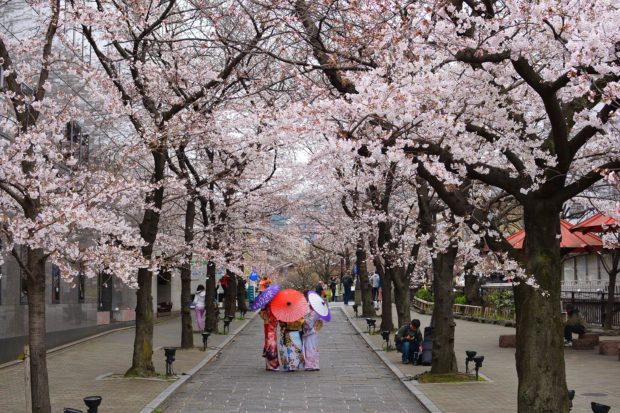 The cultural capital of Japan, Kyoto has become synonymous with sakura. The most popular place to see the cherry trees is the Philosopher’s Path, a tree-lined pedestrian walkway that connects multiple temples and follows a narrow canal.

When to go: Kyoto’s peak bloom period is usually between the last week of March and the first two weeks of April. Due to the current coronavirus outbreak, the State Department is instructing Americans to exercise increased caution when traveling to Japan.

You can find cherry trees in multiple parks around Seattle, but the best place for blossom-spotting is the University of Washington. Head to the main quad, where 30 cherry trees arranged in neat rows form an impressive line of sight for students and visitors alike.

When to go: Peak blossom season is usually between mid-March through mid-April.

Contact Indagare to help plan your spring vacations to these floral-filled destinations.