A Plane Ride to Inspiration

It is not often that you can buy a plane ticket to hope, but after my second trip to Rwanda, this time with a group of nine Indagare members, I can say that a trip to this central African country delivers more than an encounter with gorillas, which is the main tourist attraction; it also provides inspiration and promise—both of which are too scarce in the world today. Rwanda is best known for the horrific genocide that took place in 1994, when approximately one million people were slaughtered in 100 days. Entire families were massacred by their neighbors; bodies piled up in the streets; and as a survivor recounts in a video in the Genocide Memorial, the country descended into hell, while the rest of the world failed to act.

Twenty-three years later, Rwanda has emerged as the beacon of hope in Africa. Its positive progress is drawing everyone from luxury tour operators and wildlife lovers to world leaders and conservationists, who are coming to learn lessons and get a dose of inspiration. 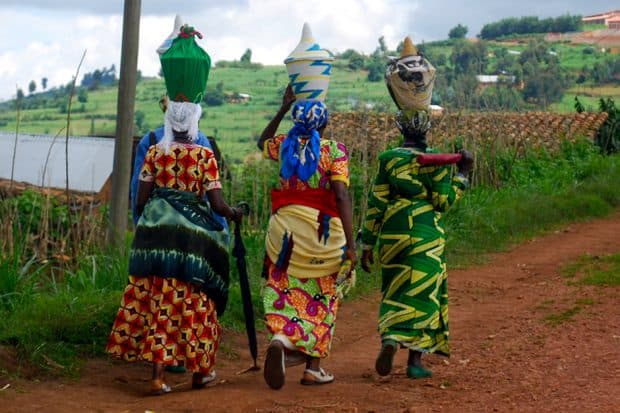 Women walking in a local village

The triumph of human spirit is in evidence from the moment you arrive in Kigali, the cleanest city in Africa. (Rwanda is also the safest country on the continent and the ninth safest in the world.) Ninety percent of Rwandans have healthcare. Rwanda has the world’s highest representation of women in parliament (63%). Primary school attendance is over 90%. Ten years ago the country was the first to outlaw the use of plastic bags. For the past ten years, Rwanda has experienced GDP average growth of 8% per year. One Saturday each month, all Rwandans must donate three hours to community service projects. Even its endangered gorilla families are increasing; there are almost five times the number that there existed when Dian Fossey began monitoring them fifty years ago.

Today, leaders from all over Africa and beyond are traveling to Rwanda to learn from and invest in a rare success story. The rebel leader, Paul Kagame, who ended the genocide, has been president since 2000, and while some criticize his authoritarian tactics, he is adored by his countrymen for bringing reconciliation, peace and a thriving economy. To help heal the division and mistrust created by the attempted ethnic cleansing of the Tutsi minority by the Hutu majority, he abolished these classifications and established community tribunals. Kagame also mandated that each April be set aside for the country to focus on remembering and reconciling.

A local dances at a ceremony in Rwanda, courtesy Indagare member Marina Purcell

These facts are impressive, but what brings them to life are the inspiring individuals that one can meet during a journey. During my recent five-day stay (on last month’s Rwanda Indagare Journey), we met with designers, artists, park rangers, wardens and conservationists who have been part of the country’s incredible progress and are pitching in with their own projects to make a positive impact. We met with expats like Alissa and Josh Ruxin who have become hospitality entrepreneurs because they wanted to provide jobs to orphans; now the two are overseeing an expanding enterprise and raising standards of hospitality for the next generation.

Another inspiring example of the country’s progress is the Inema Art Center, which houses more than a dozen resident artists and teaches dance and art to hundreds of children. We met one artist who incorporates pieces of discarded kitenge (colorful wax cloth) fabric into his paintings. He explained that “other people’s trash is our treasure, and I put women in all of the paintings to show their beauty but also their power. It is the women who sustain us.” 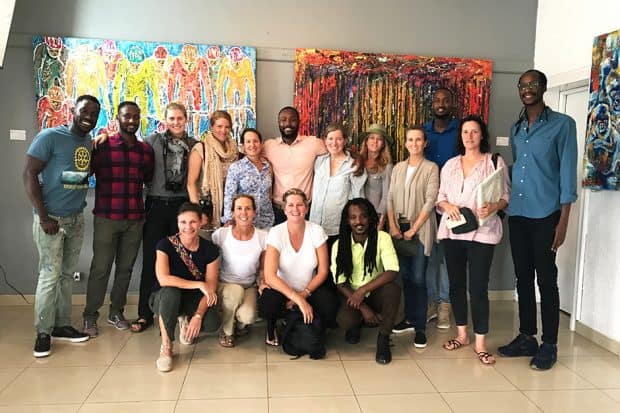 In the spirit of inspiring girls, the Gashora Girls Academy motivates its high school students to pursue science, technology, engineering and math studies at universities abroad with the goal of bringing these skills back to Rwanda. We met with a number of them and their headmaster, just days after the school’s debate team were declared African champions. We also met with designer Joselyne Umutoniwase, who returned from Germany and a successful film career to create the country’s first fashion company, Rwanda Clothing Company. She is committed to making standard ethical work conditions and bringing Rwandan flair to international fashion. As one Rwandan said of their people’s courage and resolve, “We were put so low that when you survive, you have to stand up.” (Read more about Joselyne in The People We Meet Along The Way: Rwanda). 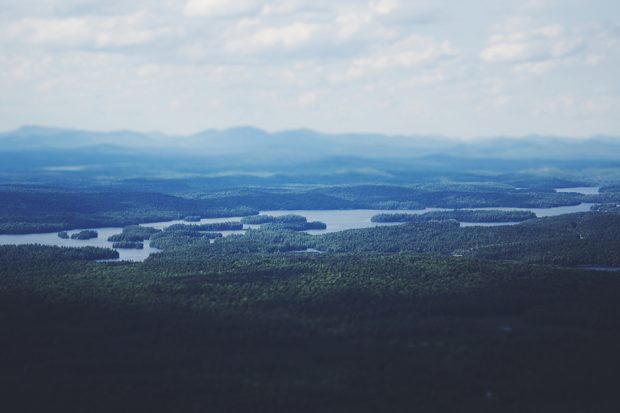 Related: Just Back From… Gorilla Trekking

On our last day in Rwanda, we met with Tim Tear, the Africa Program Director for the Wildlife Conservation Society. The organization, which has deep roots in Rwanda, has been working in Nyungwe Forest to create a model for community-based conservation. Dian Fossey wanted to keep tourists away from gorillas, but now that tourism has eclipsed coffee and tea production as Rwanda’s largest revenue producing industry, the government and surrounding communities are truly invested in protecting the endangered species and their habitat. In fact, President Kagame has publicly declared that the country’s economy and commitment to conservation must grow hand in hand.

As Tear explained, “Rwanda’s size belies its importance, because if Rwanda can succeed to manage conservation and growth, then there is hope for the rest of Africa.” These are trying times, but they call for us, I think, to try harder to reach out to others. The greatest danger is to do the reverse, to turn inward and away.

Learn about our Indagare Journey to Rwanda in 2018 and read our Rwanda Destination Report.

“A trip to Rwanda delivers more than an encounter with gorillas; it also provides inspiration and promise—both of which are too scarce in the world today.”