When one of the world’s most sought-after chefs, Noma co-founder Claus Meyer from Copenhagen, and gallery owners from Miami, hone in on the same place, you can be sure that the destination is worth investigating. A friend recently described La Paz, the cultural capital of Bolivia, as similar to Berlin or Brooklyn when the cities were just being discovered by creatives.

Our recent Indagare Journey to Bolivia, one of Latin America’s safest and least visited countries, focused on the food and art scene of La Paz, and included time in one of earth’s most dramatic landscapes, the Salar de Uyuni (the largest salt flats in the world). We were accompanied by Bolivia’s most famous artist, Gaston Ugalde, who is known as the Andy Warhol–meets–Christo of Latin America. To say that our days were filled with first-of-a-lifetime moments is not an understatement.

Bolivia really resembles no place on earth, and it was not surprising to learn that astronaut Buzz Aldrin made a point of visiting after having seen the salt flats from space. It is a country for true explorers, but until recently was reserved primarily for backpackers willing to forego creature comforts. However, as the city of La Paz steps into the spotlight as an emerging foodie capital and since a new airport arrived in Uyuni, more curious visitors are traveling to explore one of South America’s least-visited countries. Why visit Bolivia? Here are the reasons this country will be on so many must-see lists for 2018.

La Paz has one of the world’s most innovative food scenes. 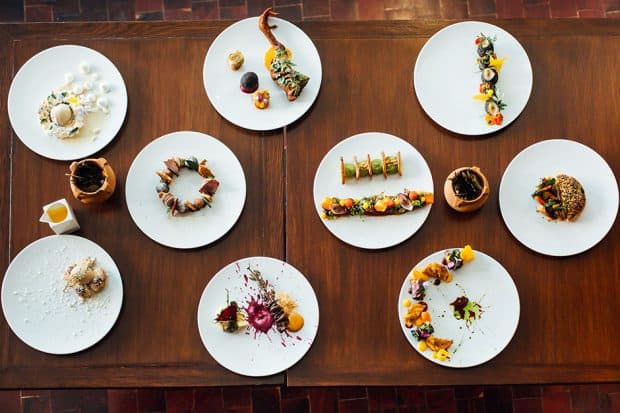 Danish chef Claus Meyer, whose Copenhagen restaurant Noma was named one of the best in the world, chose La Paz as the city for his food-driven social revolution in 2013. Meyer teamed up with celebrated chef Kamilla Seidler (read more about her in The People We Meet Along the Way: Bolivia) and launched award-winning Gustu Restaurant (10, Ave Costanera, No. 300). In addition, the pair opened culinary schools with the aim of giving local women and underprivileged men with histories of gang violence a chance to make a career in food services. Meyer’s goal: “fighting poverty through deliciousness,” and to date more than 2,700 students have graduated from their program. Their success has spawned innovative new restaurants in La Paz like Ona (8052, Calle 16 Calacoto) and Ali Pacha (1306, Calle Colón Potosí), but also a culinary social movement that they have developed in other cities including New York. Seidler and Meyer’s community organization, the Melting Pot Foundation opened a community center in Brownsville, Brooklyn this summer. 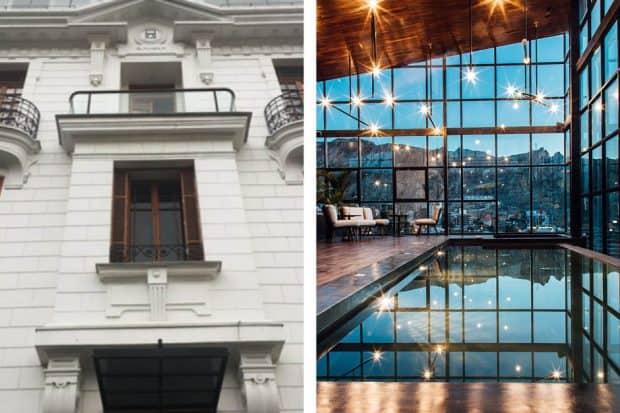 Left: The Altu Qala Hotel; Right: The pool at the Atix Hotel

Last year Atix (atixhotel.com), an art-filled hotel opened in the Zona Sur neighborhood, and the luxury design hotel Altu Qala in the historic center of La Paz is already helping transform the surrounding area from a gritty neighborhood to a glamorous district. Its owner, Boris Alarcon (read more about him in The People We Meet Along the Way: Bolivia) has already established two gorgeous cafés and bought historic buildings that he is renovating to become a cultural center, a spa and a restaurant. The hotel will open mid-year 2018 in a restored 1930’s building with 10 suites and a rooftop bar reserved for hotel guests. The lobby will feature 400 pieces of Murano glass from the 1960s, and the brass beds and space-age lamps in the guest rooms are sure to evoke the city’s eclectic style.

Related: The People We Meet Along The Way: Bolivia 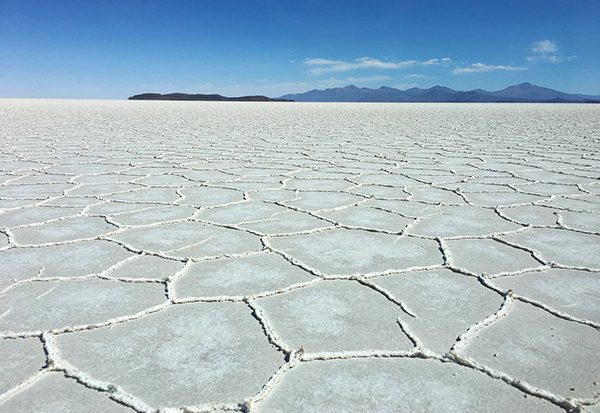 Bolivia, which is two-thirds the size of Alaska, has recently undergone a revolution of access. A sleek tramway, or teleferico, has brought aerial public transport to La Paz, and the Salar de Uyuni salt flats can now be reached via a brand-new airport in Uyuni, making it a one-hour flight from La Paz, when it was formerly only reachable via a 10-hour drive. In the Salar, accommodations range from “salt hotels,” which are built entirely out of salt bricks with crushed salt floors and tables and bed frames carved from salt blocks, to tented camps and specially outfitted Airstream campers.

With more than 20,000 documented species of plants, Bolivia is one of the most biodiverse countries. Natural highlights in the Salar include volcanoes, stone “forests,” hot springs, lagoons teeming with flamingoes, Isla Incahuasi, a sixty-acre “island” that 40,000 years ago was under the sea and today features ancient coral and 1,200-year-old cacti. Then, there are the 12,000 kilometers of salt flats themselves, which contain ten billion tons of sodium chloride, and their surface provides endless photo opportunities. During the rainy season, they turn into the world’s largest mirror, which is one reason it has become a cult destination for those in search of spectacular selfie opportunities.

The country is stable but free of crowds of tourists. 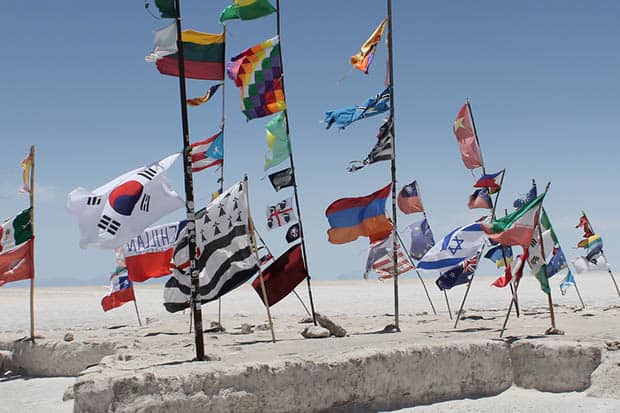 Bolivia’s controversial president Evo Morales, who has been in power for the past eleven years, has managed to reduce poverty from 38% to 17%, thanks to the country’s boom in natural gas and mining. So while it is unclear whether he will be reelected, the country has benefited from a decade of growth and infrastructure investment. And despite the rise in tourist draws like the opening of new hotels, the number of foreign visitors has plummeted in the past five years from 200,000 to only 40,000 last year. This can be attributed to Morales’ anti-American stance and his implementing a visa with a $160 fee for all Americans, South Africans and Israelis.

Those who do visit will find a warm welcome from locals and that they have many museums and sights to themselves–literally. So while many destinations are wrestling with over-tourism and hordes of crowds, here you can enjoy nature as Henry David Thoreau advised—in solitude. And as he wrote, “Not till we are lost, in other words, not till we have lost the world, do we begin to find ourselves, and realize where we are and the infinite extent of our relations.”

Contact Indagare for assistance planning a trip to Bolivia. Our specialists can plan the ultimate itinerary, including world-class meals and once-in-a-lifetime activities as well as behind-the-scenes access to the country’s best sites. Or, inquire about our upcoming Indagare Journeys.

“So while many destinations are wrestling with over-tourism and hordes of crowds, here you can enjoy nature as Henry David Thoreau advised—in solitude.”