Indagare member Meg Touborg shares her impressions from a history-filled trip to Prague with her son.

I have traveled extensively throughout Western Europe since my days as a college student with a backpack and Eurail pass, but had never been to Prague. I loved the city so much that I pledge to return once a year. Here’s why I fell in love.

My 17-year-old son and I arrived and easily found a taxi to the apartment we rented near the Charles Bridge. We were advised to use taxis only to and from the airport to avoid being overcharged; indeed, the city center is most enjoyable (and most efficiently navigated) on foot. Because the Czech language is so foreign to Americans, it is helpful to become familiar with the city layout. We used both GPS and paper maps to navigate, yet still got lost. The good news is there is always something to see wherever you find yourself; and a restorative espresso, chimney cake or gelato is never far away.

Related: Just Back From Prague 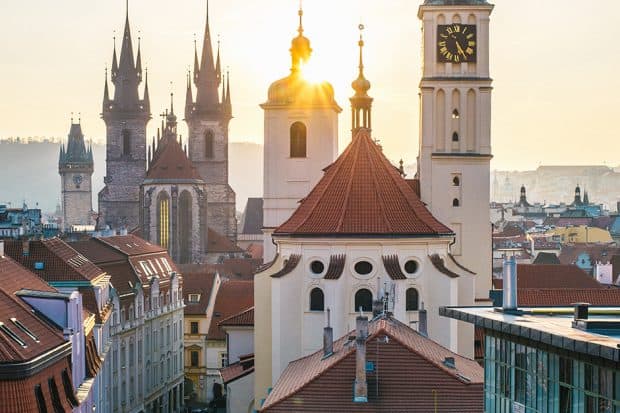 Next, we got our bearings by exploring St Nicholas Cathedral and Tower (Malostranské nám., 118 00), and eventually met our esteemed guide, who Indagare recommended to cater to my son’s interest in history. As it was Passover, we decided to explore the Jewish Quarter (the “Josefov”) and its many fascinating synagogues with thousands of years of history. We saw the Old New Synagogue (Maiselova, 18), the Spanish Synagogue (Vězeňská, 1), the Maisel Synagogue (Maiselova, 10) and the Pinkas Synagogue with its powerful memorial dedicated to the 87,000 Czech Holocaust victims (Široká, 23/3). Our guide is a former professor and animated the complex history of the Jewish people before, during and after the Nazi invasion. The knowledge and conversation we had with her enhanced our experience multifold. After lots of walking and talking, we refueled with delicious sandwiches and apple strudel and shopped for jewelry and antiques. The first night, we wanted to throw ourselves into the city’s culture, so we attended a concert at the Rudolfinum Monument, a beautiful classic building (Alšovo nábř, 12). I recommend trying to hear as much music as you can in Prague!

The next day, we started with strong coffee and pastries, and then met our guide’s husband, who was equally erudite and enthusiastic. He accompanied us on our visit to the magnificent Strahov Monastery and Libraries, which dates back to the 12th century. Its two halls, the Theological and Philosophical, are architectural masterpieces and contain meaningful frescos and hundreds of thousands of volumes written and bound by monks. The experience was a testament to Indagare’s unique access, as we were allowed behind the velvet ropes to enjoy the libraries by ourselves. 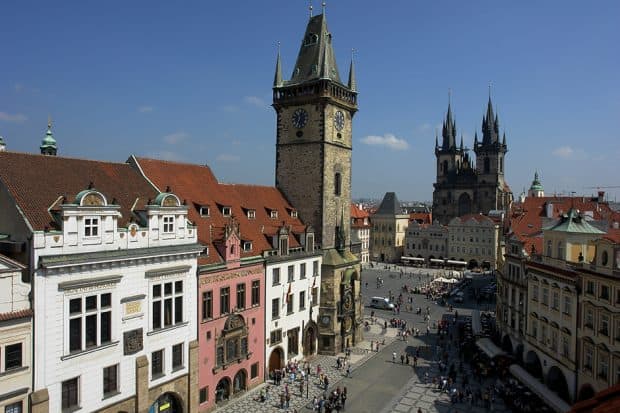 The rest of the day was devoted to exploring the Old Town and its myriad architectural gems. The city is so filled with details, allegories and aesthetic styles, and having a scholarly guide made all the difference. In Old Town, be sure to visit the Municipal Library (Mariánské nám, 98/1) and its astronomical clock, Kafka’s house (Nám. Franze Kafky, 1), and as many churches as your intellectual appetite can absorb. Later that evening, we attended a concert in the most stunning Art Nouveau hall, the Municipal House. Had time allowed, we would have loved to tour this beautiful building to learn about its many lives.

The next day, we had an elegant breakfast at Café Savoy and explored Prague Castle. I would recommend visiting for at least a half day in order to take in the castle’s history and beauty. The small shops that surround it are touristy but some are fun nonetheless (such as the tiny gingerbread bakery and wood shop). Later that evening, we had a delightful time at the Ungelt Jazz Club. The food was good and the music was fun. And the beer there is cheaper than bottled water! 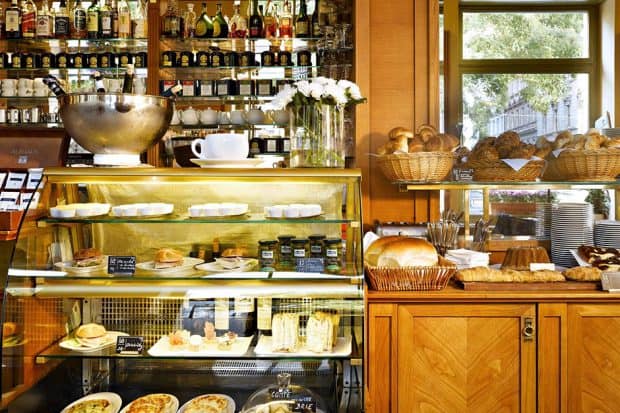 Our last day was marked by more wanderings, street food indulgences (potato chips on a stick, sausages, dumplings and more) and some shopping. We visited the Museum of Communism, which added to the knowledge we already had, but was rather overrated (V Celnici, 1031/4).  We ate lunch at the fabulous Giovanni, which was so good that we returned twice (Kožná, 481/11). For our farewell dinner, we splurged at Kampa Park on the banks of the river, where the delights of the food—scallops, halibut and pumpkin risotto with a delightful Czech chardonnay—left no room for dessert.

‘The City of 100 Spires,’ as it is called, is among the most inspiring cities I have ever visited; and now, I aspire to return as much as possible.

“The City of 100 Spires,’ as it is called, is among the most inspiring cities I have ever visited; and now, I aspire to return as much as possible.”