Los Angeles–based Gray Malin is no stranger to exploration. The now-famous photographer began small, selling his pictures at a flea market in Hollywood. But soon, having won acclaim for his series showcasing the Prada store in Marfa, Texas, he began shooting in destinations as far-flung as Antarctica. Today the hugely successful Malin has works in many collections, as well as multiple product lines. Indagare sat down with him to discuss his favorite destinations for shoots, his top vacation spots and the haunts he frequents in LA. 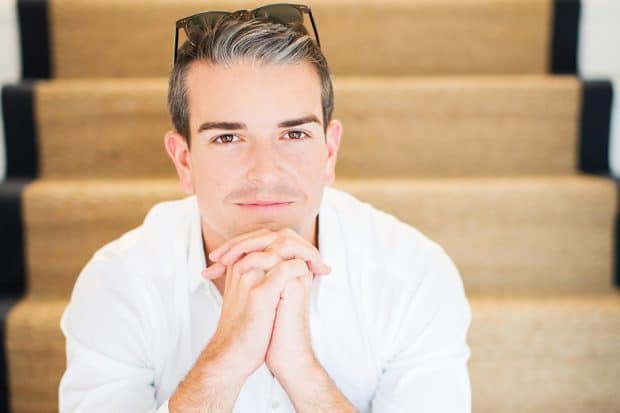 What destinations inspire you most as a photographer?
I am inspired by so many different things when it comes to my work, but the common denominator is adventure. Whether it’s bird’s-eye-view images of the world’s most beautiful beaches or a more conceptual series shot from the ground, I am compelled to bring unique visions to life through my work.

Which beach impelled you to do this style of photography?
Originally, I was inspired to shoot pools from above, capturing people lying poolside and in the water. I first pursued this idea on a flight over Miami. While soaring above the city, I was immediately distracted by the patterns and pops of color on the beach. Turning my camera toward the sand, I shot the umbrellas, towels and beachgoers below. Mesmerized by that initial shoot, I followed up quickly with trips to the beaches of Australia, Rio, Dubai and Europe. I was hooked! 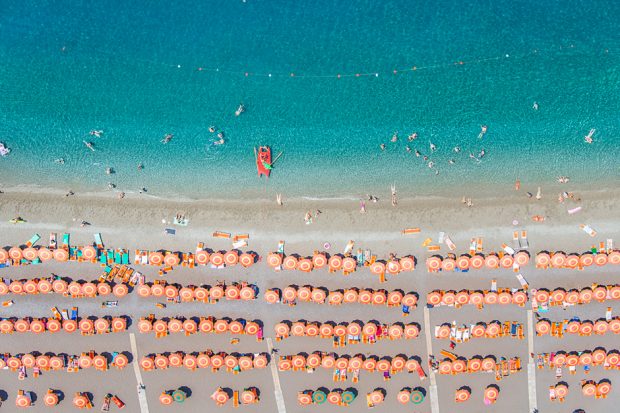 You’re constantly traveling for work. Where do you go for vacation?
Two of my favorite destinations are South Africa and Italy. I do, of course, end up working while I’m on vacation, because it’s too difficult not to. I also love visiting a small coastal town off Lake Michigan where my family has spent summer vacations for as long as I can remember.

What are your favorite haunts in Los Angeles?
There is a cute little spot on Fairfax Avenue called Coffee Coffee (1040 N. Fairfax Ave.; 323-952-6590) that I like to go to after working out. My favorite sunglass shop is Cutler & Gross (www.cutlerandgross.com), on Melrose Avenue. Also, like most sushi lovers in Los Angeles, I am a big fan of SugarFish. 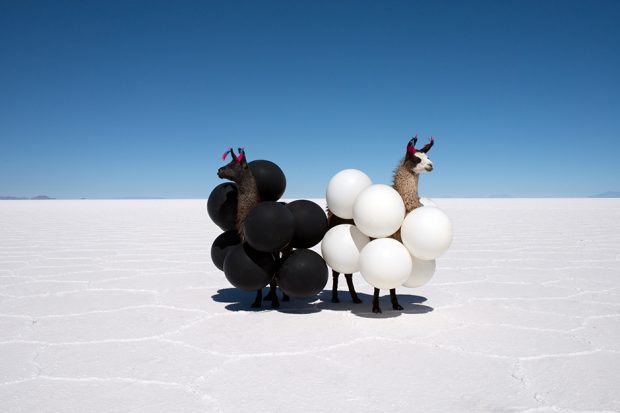 In all your travels, what would you consider your most transformative travel moment?
My Antarctica collection was by far the most challenging body of work I have captured to date. The beauty of the continent is phenomenal, but with unpredictable winds and shifting ice, it certainly is not the most cooperative locales to shoot. Antarctica is one of the places that has the ability to change one’s perspective on the world. My “Far Far Away” series is also a big standout. It was shot in the salt flats of Bolivia, which has an incredibly intriguing landscape and leaves a lasting impression on its viewer.