In April, we launched our Indagare Global Classroom to allow people to explore the world while staying at home. With Global Conversations, my series of hour-long Zoom calls, I am inviting friends and heroes of mine to share how different places have shaped their lives and perspectives. Many of these people have been part of our Insider Journeys, and all of them have amazing stories to tell and insights to offer. In the next few weeks, I hope you’ll join me as I introduce some of the most innovative and inspiring people who I have met on the road.

Check out highlights from Global Conversations with India Hicks and Paul Theroux as well as 16 charitable organizations our GC speakers know and love.

Sign up here for Global Conversations. Friends of Indagare Members and Subscribers are also welcome. Learn more about the talks below. Plus—read AFAR Magazine’s review of our program here! 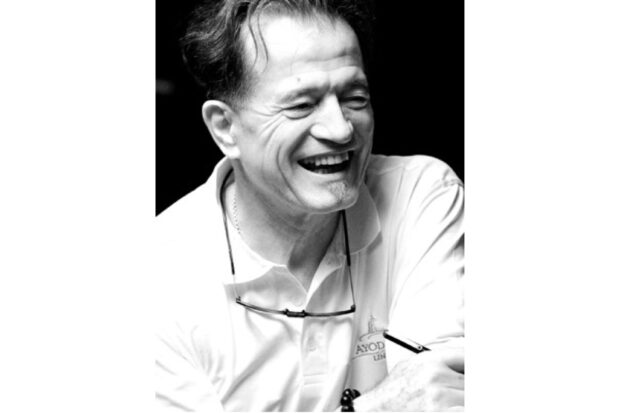 One of my guests this week is in his 80s, has lived in Thailand for 60 years and founded his business almost 40 years ago—so he is well entitled to taking a long view. Rolf von Bueren was born in Germany but moved to Bangkok in his 20s after completing his studies, and there began his love story with his Thai-born wife, Helen, and with her country. The part-gallery, part-boutique they created together, Lotus Arts de Vivre, celebrates Thai artisanship at the highest level, producing jewelry, furniture, sculpture and decorative arts pieces that range from a “simple” silver-cheetah-decorated cigar tube priced at $1,260 to a brocade handbag with a dragon closure incorporating scarab leaves, pink tourmalines and diamonds for $31,000. In their boldness, colorfulness, whimsy and personality, they call to mind works from other creators, ranging from Jean Schlumberger to Hammacher Schlemmer (check out the Teak Wood Happy Monk Sculpture)—but always with an Asian aesthetic. The pieces aren’t exactly like anything else, but you know they’re special when you see them. My first sighting of a Lotus product was a handbag carried to a dinner in Hong Kong by Betty Kadoorie, wife of Peninsula Hotels’ CEO Sir Michael Kadoorie. That was more than 20 years ago and I’ve enjoyed Lotus safari-spotting ever since. I’ll talk with Rolf about what it’s like to create pieces that represent a culture, as well as the comments he’s been posting lately on the company’s website, in which he both reminisces and explains Thai culture based on his years of being both an insider-outsider. “Why deal with shadows when the sun is so attractive?” he says of his penchant for accentuating the positive in his memoir-like entries. Don’t miss it!

From left: Britt and Melissa in Milan; Sarah Medford on the Insider Journey to Milan in 2019

Sarah Medford of The Wall Street Journal’s WSJ. Magazine and I will be speaking with Britt Moran—the North Carolina-born, Milan-based Britt Moran is one of the two founders of Dimorestudio (the Architecture and Interior Design Studio for clients such as Dior, Fendi, The Arts Club, Ian Schrager and Thierry Costes), Dimoregallery (the historical and contemporary Design Gallery) and Dimoremilano (the label housing the furniture, fabric, decorative and home collections), which he heads with his business partner, Emiliano Salci. Sarah has been a friend of mine for 20-plus years—we first worked together, starting in 1994, at Town & Country. Now a contributing editor at WSJ., she is a design expert through and through. Last year, we co-hosted an Insider Journey with WSJ. to Salone del Mobile, the legendary design fair in Milan. Having this dynamic duo guarantees a highly intelligent and lively discussion on contemporary design—if they don’t know a movement or trend, it doesn’t exist. 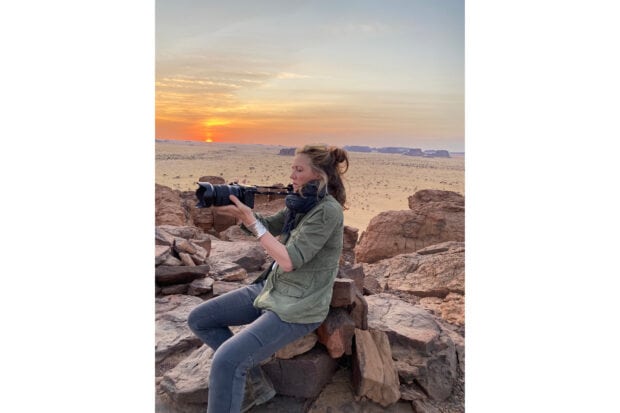 As a travel journalist and editor and a voracious reader, I have a special fondness for great writers, a reverence for their ability to see and capture a place, a scene, a moment, an emotion in a way that makes it real and impacting for the rest of us. Sophy Roberts is one of those writers—and I’m very glad to say that I’ve known her for 20-some years. From her home base on a farm in Dorset, Sophy travels the high-end road—she has been a longtime correspondent for Condé Nast Traveler and wrote the “How to Spend It” column (as “The Travelista”) for the Financial Times for years—but she, like me, also loves exploring places that are off the tourist grid. That’s what led to her first travel book, which was published in the UK to critical acclaim (with The Sunday Times announcing “the travel book is back”), and comes out in the U.S. in August. The Lost Pianos of Siberia documents Sophy’s somewhat eccentric three-year search for a piano across territory covering an eleventh of the world’s land surface, on behalf of a friend, a Mongolian concert pianist. In our conversation, we’ll talk about the purpose and future of travel writing, the lure of the “remote”—some of Sophy’s most recent assignments have been in West Africa (Principe, Ghana, Senegal, Congo), Central Asia (Mongolia, Uzbekistan, Tajikistan), and the Sahara (Chad)—as well as tackle a topic dear to my heart: the critical part that tourism plays in conservation, with a focus on game-changing projects in Tanzania and Rwanda. 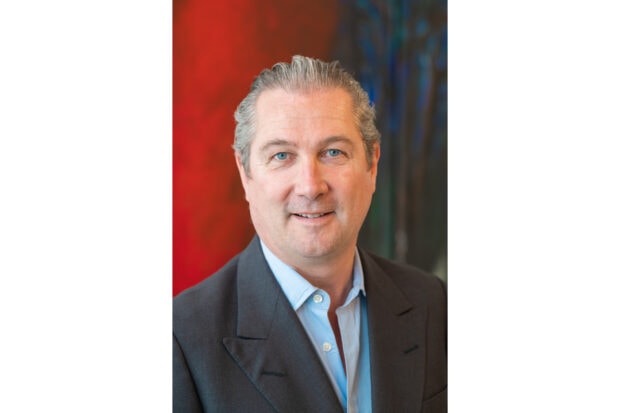 If you love wine, there’s a good chance that you love life—and by that I mean eating and drinking, community and fellowship. Good wine often means good hospitality. And sharing great wines—well, that’s where Jamie Ritchie comes in. I met him, aptly, at a friend’s dinner party, but people who know wine know him as the global head of wine at Sotheby’s. Sotheby’s has been selling wines since the 1970s, and Jamie has been there since the 1990s, to great effect. In 2018, Sotheby’s sold over $100 million worth of wine for the first time in annual sales, and in 2019 the company sold $118 million—another record. It wasn’t only high-profile auctions that have made these numbers. Jamie has helped the company introduce such retail products as Instant Cellars, four ready-made libraries of fine wines available for purchase, and Sotheby’s Own Wine Label, a collection of 13 bottles ranging from $17 to $40. We’ll talk about the business of selling places and pedigree, and connoisseurship in a bottle—and Jamie will share wine buying and sampling tips.

I love it when entire businesses and projects decide it’s time to travel. Nicolas Bellavance-Lecompte has two projects doing so. One is his contemporary art gallery, Carwan, which was founded in 2011 in Beirut, with a permanent exhibition space opening there in 2013—making it the first contemporary gallery in the Middle East—and has just this month relocated to Athens. Another is his roving semi-annual design fair, aptly named Nomad, which since 2017 has moved between Monaco, St. Moritz and Venice and features site-specific pieces shown in such exceptional residential settings as La Vigie, the Monte Carlo villa that was once a home of Karl Lagerfeld’s. I met Nicolas during our Milan Insider Journey with The Wall Street Journal‘s WSJ. Magazine, where we visited his stylish apartment as well as a sculpture exhibition he had curated on behalf of Artistica Battaglia Foundry, of which he is artistic director. We immediately hit it off and I  found him fascinating—a great student of many countries and cultures. He was born in Montreal, studied there—and then in Venice and Berlin—before he moved to Milan, where he set up two design studios. Nicolas is connected, canny and curious—and as an architect, designer, curator, gallery owner and consultant, he’s got ties to many worlds and is an inveterate traveler. We’ll talk about being a modern nomad as well as his next Nomad shows.

From left: Photo by João Lima; a luncheon with Diana de Cadaval on the Insider Journey to Portugal in 2019, photo by Jenna Duffy

One of the greatest pleasures of our Insider Journeys trips for me is the chance to draw on the expertise of people in-the-know in the places we go—whether they’re local journalists, designers, scientists, philanthropists or artists. Last year, our Insider Journey to Lisbon, in partnership with Architectural Digest, offered guests the chance to meet a woman who is a royal highness, a princess and a duchess, twice over—all in one! My friend Diana—officially, HRH Princess Diana of Orleans, Duchess of Cadaval and Duchess of Anjou—will join me from her home at the Palace of Cadaval, in Evora, Portugal. Born in Switzerland, Diana studied in Paris and lived in London, where she worked at Christie’s prior to her marriage—so for someone who embodies Portugal, she also has a wider European background. When she was young, “I always got used to having my life in a suitcase,” she says. But Diana is a real student of Portuguese history, having written five historical books, three of which are biographies of Portuguese queens: Mafalda of Savoy, Portugal’s first queen, born in 1125; Maria Francisca of Savoy, queen to two kings in the 1660s; and Maria Pia of Savoy, the queen who saw her son and grandson assassinated in 1908. We’ll talk about topics ranging from the country’s famous women and Diana’s favorite tips for Lisbon visitors today, to what it’s like being an Instagramming, book-writing duchess in charge of her family’s businesses, which include farming—”we have a lot of cork and cattle”—and its traditions, such as hosting music and art festivals at the palace. Diana’s own story, which includes fighting her half-sister for the right to inherit the title of Duchess, is not yet written—but it will make a great read, someday.