Based in Ghent, where he lives with his wife, Julie Vanderndriessche, and three children, Arnaud Zannier is the owner and creative force behind Zannier Hotels. This collection of properties includes Le Chalet, in the French Alps, Phum Baitang, in Cambodia, 1898 The Post, in Ghent, and Omaanda, a new lodge in Namibia. What’s next for the man who’s made a name for himself creating deeply intimate properties around the world? Sonop Lodge, a second property in Namibia that opens this July, and a resort in Vietnam, slated to open in mid-2020. Arnaud unpacks his favorite destinations around the world and the inspiration behind his work.

How do you decide on a location for a property?
Our first hotel, Le Chalet, was a real estate opportunity that we could not pass up. The rest came into being organically. When I visit a new place, I know right away whether it’s a good fit for one of my hotels. I’m not looking at the market or competitors, I just think about what I would like as a guest in that particular destination. 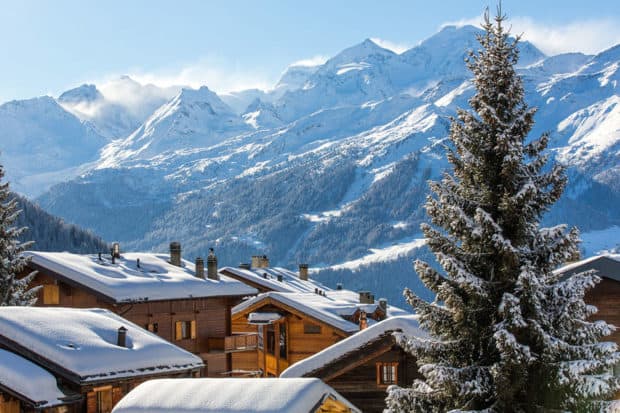 How do you think luxury travel has evolved since your early projects?
Before the financial crisis of 2008, people were more concerned with showing off their wealth. Now, people are increasingly seeking experiences over labels. Priorities have shifted, and we are happy to go back to basics—as long as those basics are authentic and impactful.

Omaanda is built in the Owambo style, with natural clay walls and thatched roofs. Was there a deliberate effort to make it authentic in terms of the surrounding culture?
Yes. The best compliment about the resort came from one of the workers who helped to build it. He told me it reminded him of his grandmother’s house, that we had captured the traditional spirit. This was the best thing anyone could have said to me.

Wasn’t it Angelina Jolie who first tipped you off on Namibia?
Yes, she was our first guest at Phum Baitang. She and her family took over the hotel for five months, while she was in Cambodia directing for Netflix. My staff was pretty excited, and I was, too, because she really understood what we were trying to do with Zannier Hotels. We were having a drink together one evening, and she asked me if I had ever been to Namibia, a place she obviously knows well and loves. I booked a flight there just based on her recommendation. 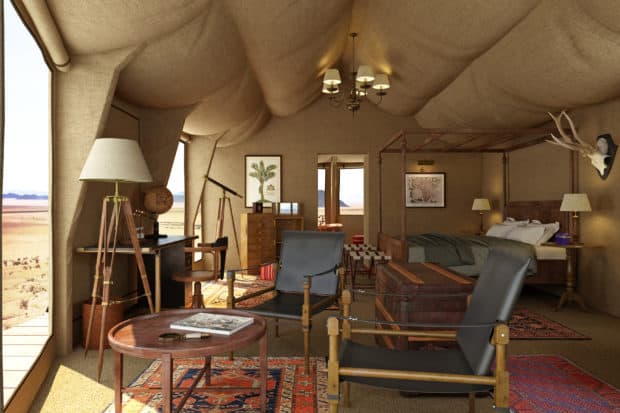 What’s next on your travel hit list?
Japan. I’ve been to Tokyo but would love to go beyond the capital. It’s impossible for me to turn off. I was just in Mexico, on the Pacific Coast, which is an amazing area. I’ve also been toying with the idea of converting a farm on Menorca, a beautiful island that remains pretty undiscovered. I never know where inspiration will strike, but once it does, I find there is no way back.

In Siem Reap: Cuisine Wat Damnak provides a pleasant fine-dining experience; Le Malraux is a very good French bistro. La Cabane and La Cuisine des Filles are elegant French/Khmer bistros serving fresh products. Touich is one of the best family-run Khmer restaurants. Crab serves what’s considered the best street food. For Indian, don’t miss Dakshin, and for something low-key, I like the Republic, which has atmosphere and themed nights, as well as Wild, a great cocktail spot with a charming garden.

In Ghent: Commotie is a lovely pop-up restaurant with a talented young chef whose cooking is exquisite and worthy of a Michelin star. The Oak Restaurant, recently awarded one Michelin star, is an ideal place for an evening. De Superette, a former supermarket converted into a modern bakery, is notable for its authenticity and history. For local flavors, go to Le Goût Avant Tout, which specializes in fondue and grilled meat.

In London: I never go back to the same hotel, as I am always in discovery mode. One hotel I recently really liked in London was the Beaumont, close to Selfridges.

“People are increasingly seeking experiences over labels. Priorities have shifted, and we are happy to go back to basics—as long as those basics are authentic and impactful.”