A Legendary Safari Camp is Back in Botswana

Everyone goes into their first safari with different expectations. Some have their hearts set on seeing the Big Five, but, once there, discover a passion for birding, or find that the most rewarding encounters are actually those with the local people. On my recent trip to Botswana, where I stayed at the newly renovated Mombo, one of the most legendary safari camps on the continent, my guide told our group a story about a man he’d led years before. He’d wanted to see African wild dogs—an endangered species that has only four toes in comparison to regular dogs’ five—so badly that he forwent every other sighting that was called in, just for the chance to see the rare animal.

Later that day, we ate dinner on Mombo’s newly completed terrace overlooking a vast plain. About 10 yards away from us, a pack of 12 wild dogs burst out of the shadows of the acacia, tackling an antelope to the ground. They ate their dinner as we ate ours, each watching the other. 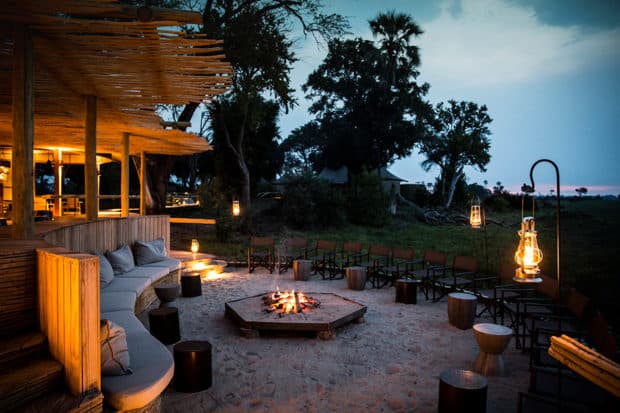 One expectation I was certain of for my Botswana trip was that Mombo would be spectacular, and this proved true. In a region dominated by extraordinary accommodations, Mombo Camp occupies space on Chief’s Island, a concession so rich in wildlife (both variety and sheer number) that it was at one time reserved as a private hunting area for the great chiefs of Botswana. In the time I spent at the lodge, I was treated to the wild dogs’ feast, their subsequent battle to keep it from the hyenas, giant herds of elephants, giraffe, cape buffalo, antelope, hippos and more, including a critically endangered white rhino, complete with military escort. As a safari destination, it truly represents the peak of what’s possible, the place where Noah’s Ark disembarked. 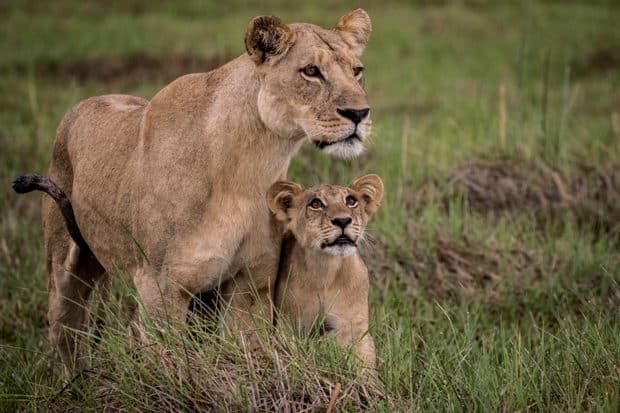 And yet, it can be hard to leave the camp to go on game drives because it’s simply too enticing at times to stay. The new renovations have created a space that feels opulently luxurious, but it maintains the coziness of home. The common areas are a combination of African bomas and firepits set below copper-adorned dining and bar spaces. Architecturally, it feels like a perfect blend of traditional African construction with only the most romanticized relics of the Imperial era.

Mombo’s nine bedrooms, which are ostensibly tents but are more in line with full-scale lodge rooms, are spread out like a tiara from the main building and linked together by a large boardwalk set high enough for the wandering elephants to walk comfortably underneath. Each room opens into a deck with a panoramic view of the outside plains. A grand king bed sits underneath mosquito netting (the bugs are less of an issue than in other destinations, since there’s no permanent water at Mombo), surrounded by hut-like walls of teak and mahogany. In the corner, the bathroom is open to the bedroom and features a giant copper tub, which offers views straight out onto the plains, and an outdoor shower. Connecting it all is a giant sundeck featuring a plunge pool, swinging bed and lounge chairs.

Days at Mombo are dominated by the game drives each morning and night—as a dry camp, there are none of the water activities found elsewhere in Botswana’s Okavango Delta. To make up for it, the property offers a number of other amenities rarely seen in these sorts of lodges—a gym, a spa, a large pool to complement the plunge pools found in guest rooms. Mornings are livelier than at other camps, as the staff prepare toasted sandwiches on open flames to be taken along on the drives. And evenings, exhausted though you may be after a long day of exploring, are lively too. The food is wonderful and the drinks are plentiful.

So, no matter what guests of Mombo are expecting out of their safari—rare dog sightings or to be inspired by the diverse Botswanan landscapes—a stay at the lodge will surely rank as one of the highlights of every trip.

Contact Indagare to book a safari in Botswana. Our travel specialists can match you with the best safari camp, plan great activities and ensure you get great guides.

“As a safari destination, it truly represents the peak of what’s possible, the place where Noah’s Ark disembarked.”