Indagare can help design itineraries for St. Petersburg travel around any interests, from art and design to food and fashion. We can arrange touring with amazing guides who can put St. Petersburg into context. Contact Indagare to speak with members of our team who have recently visited.  You can also read about Creative Director Simone Girner’s favorite St. Petersburg restaurants, shops and activities in this article.

“Is now really the time to go to Russia?” an acquaintance asked when I told her about my upcoming trip to St. Petersburg. She meant of course, politics.

I gave her the answer I always give: that I believe—truly, madly, deeply—that we learn the most about the world and ourselves when we travel, especially to destinations that push us outside our comfort zones. But actually, I wasn’t sure if I could untangle the news cycle back home with sightseeing as a visitor—or if it was even acceptable to do so. But while my trip did not simplify or sugarcoat anything (on the contrary), it powerfully affirmed the importance of travel. 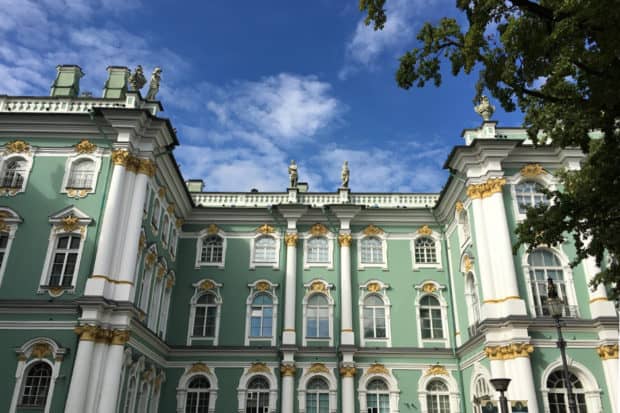 And in many ways St. Petersburg is a perfect place to re-learn this—conceived as it was by an emperor who dreamed of a center of exchange and trade, a melting pot of cultures. There are conflicting theories about what drew Peter the Great to a patch of seemingly inhospitable swampland in the early 18th century, but what the legendary Emperor imagined—and what two equally stubborn and brilliant empresses carried forward—can still be experienced. There are those grand avenues that recall Paris, the pastel-colored mansions lining the Neva like spun sugar confections; the gilded palaces in town and country, the priceless treasures and art; the ballet.

Walking through St. Petersburg, it is impossible not to be awed by how one man’s vision in 1703 could be powerful enough to survive centuries. Peter’s “window to Europe” lives on today—and there are moments when St. Petersburg looks astonishingly like Amsterdam, Paris, Venice.

But if Europe is imprinted onto St. Petersburg’s skin, Russia runs in her blood. 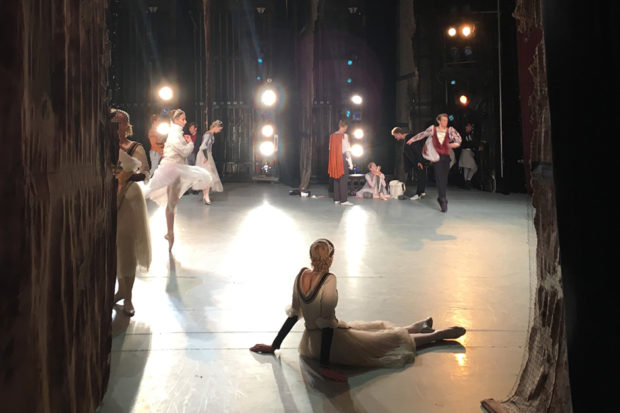 Backstage at the Mikhailovsky Theatre in St. Petersburg

“We are a country of conflicts and contrasts,” said my guide Sasha, who brilliantly brought the city to life during my visit. “On the surface, we don’t make any sense.” And how can this not be the case, when you consider the cast of characters that shaped it: emperors and tsars, writers, poets and composers, revolutionaries and Bolsheviks, communists and dictators, gangsters, opportunists and oligarchs.

St. Petersburg is the best place for a crash course in Russia’s complex history, because so much of it was set in motion here, often at staggeringly compressed speed. Visiting today demonstrates over and over how much change the city has experienced—is still experiencing—all in a relatively short amount of time.

Seeing the faces of elderly people strolling in the Summer Garden, you can’t help but wonder if they were alive during the siege of World War II, when St. Petersburg was known as Leningrad, and an incomprehensible one in three inhabitants died, during a blockade that lasted more than two years. As you drive past the city’s crumbling, dismal housing blocks, the Soviet era rises before your eyes. The soft-spoken general director of the grand Astoria hotel recalls a time, in the mid-90s, when five-star hotels had metal detectors in their lobbies and cubbies for locking up weapons, much like we check bags today at the Hermitage. 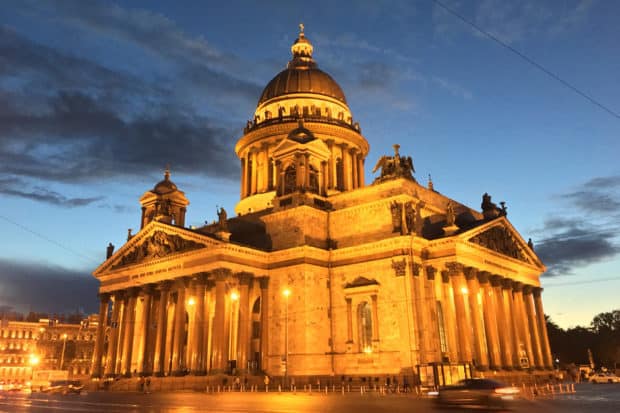 The short-term mentality of “live today because who knows about tomorrow” is imprinted in the Russian soul, even though locals say this, too, is shifting. “We used to see a lot of ‘buy quick and run,’” said Marina Gisich, a chic gallery owner who spoke frankly about contemporary art, life and politics in Russia, when I visited her in her beautifully restored apartment overlooking the Fontanka river. “But it is changing…we have a lot of hope in the new generation.”

But just as you think you can see this “new generation” emerging in interesting projects right now, like New Holland, a restored art, shopping and dining destination, or in the city’s increasingly hip restaurant scene, you learn that it is nearly impossible to start a small business in Russia (due to prohibitive taxation) and that pretty much anything shiny and new is underwritten by the country’s tiny circle of the inner elite, the super-rich. (Even prima-ballerina Diana Vishneva, one of St. Petersburg’s most respected artists, is sponsored by an oligarch.)

Contrasts again. A place that produced geniuses of staggering intellect (Dostoyevsky, Tchaikovsky, Shostakovich), as well as dim dictators and billionaires flaunting label-obsessed arm-candy (though, to be fair, the Romanoffs were into their bling as well…just visit the Fabergé Museum).

Those looking for everything to add up in St. Petersburg will be disappointed, as will those eager to confirm their worst assumptions about Russians (even the fact that everyone is grim and unsmiling turns out to be a stereotype). But travelers seeking context and maybe even a small shift in perspective will find Russia a truly fascinating trip—especially now.

My own list of highlights is long: standing among the wealth of Rembrandts in the Hermitage; the cascading fountains at Peterhof (for whose mechanism Peter the Great diverted a river, as one does); touring backstage at the Mikhailovsky Theatre, ballet dancers warming up in crumbling corridors; meals of Russian delicacies (blini, pelmeni, borscht) and vodka from dainty, ice-cold glasses in hipster-cool restaurants. 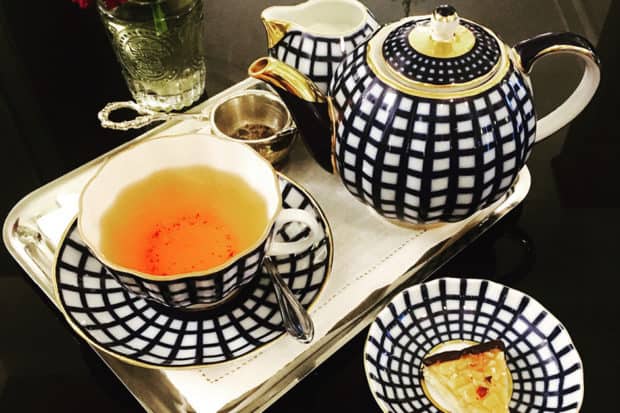 But it’s the smaller moments that will stay with me, too, like saying good bye to a young staffer at the Astoria. She hugged me tight, and made me promise to come back and visit, to encourage others to do the same. In that moment, the deep bells of St. Isaacs Cathedral began slowly ringing, as if the city thought our teary farewell needed more dramatic oomph. We both laughed as we stood in awe of this landmark with its golden cupola, itself a survivor of revolutions, wars, a changing world.

And in that moment, I knew that when my acquaintance asks about my trip, I will tell her unequivocally and without reservation that yes, the time to go to Russia is now—it will always be now.

Indagare can help design itineraries for St. Petersburg travel around any interests, from art and design to food and fashion. We can arrange touring with amazing guides who put St Petersburg into context. Contact Indagare to speak with members of our team who have recently visited.

“ I can say unequivocally and without reservation that yes, the time to go to Russia is now—it will always be now.”