22 Books for Summer 2022: The Best New Novels We’re Reading on Our Summer Travels

With every summer of travel comes the need for a new novel to take with you—that story to lose yourself in on long plane rides, lazy days at the beach and warm summer nights. Here are the books that the Indagare team will be reading this summer and beyond as we lounge by the world’s best hotel pools, languish in these ultimate hotel villas and breath in the fresh ocean air in the Hamptons and on Nantucket.

Contact us to answer your travel questions or consult with our expert trip designers to start planning your next trip today. 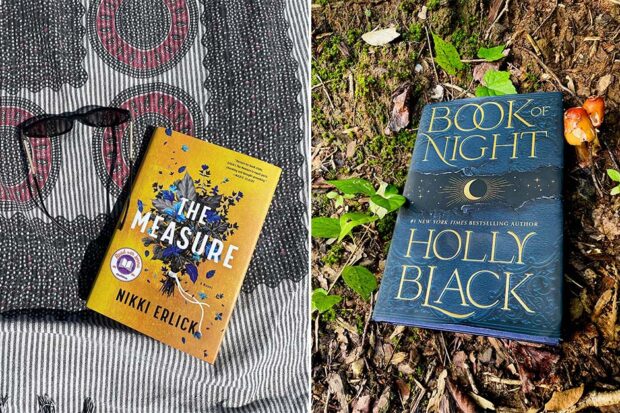 Despite the technicolor novel’s release in early 2022, Olga Dies Dreaming has been the source of buzz for over a year now, with Hulu having greenlit a TV series starring Aubrey Plaza back in April 2021. Indagare’s Sydney Lapin says, “I’m so excited for this book!” which follows a Puerto Rican wedding planner as she copes with the many challenges brought up by her families past. “Besides being set in my home city of New York, it seems like it will really hold its readers’ attention by bringing different backgrounds and issues to light.”

“A #1 New York Times bestselling author of more than 30 Young Adult and Children’s fantasy novels, Holly Black is now entering the realm of adult fantasy with Book of Night. Black has a gift for bringing magic to the modern world in the most unexpected ways, turning traditionally whimsical and fairy-tale-esque tropes into grittier, darker stories. Book of Night is one of my most anticipated reads of this summer and I’m excited to see if her first adult fantasy is just as captivating as the rest.”—Abby Sandman

Bookended by the Spanish Flu of the 1920s and the 21st century’s coronavirus, this novel chronicles the fictional one-hundred-year long life of Chilean Patagonia native, Violeta. Having lived through some of the world’s most significant political upheavals, including the fight for women’s rights and the rise and fall of dictators in South America, she tells the story in the form of a letter to her grandson. “I’m really excited to read Isabel Allende’s latest novel, Violeta,” says Indagare’s Claire Gelalich. “It interweaves history, heart, and humanity through a timely epic story of a woman’s 100 year life in Chile.”

“Black Cake comes heavily recommended by a few friends,” says Indagare’s Bridget McElroy of Wilkerson’s debut, a family saga that begins when two siblings receive their inheritance following their mother’s death: a black cake. “Not to mention, I trust I’ll enjoy any and every Jenna’s Book Club pick—I’m excited to dive into it because, from what I’ve heard, the storyline is both evocative and salacious, the perfect combination for a summertime read.”

From Pulitzer Prize-winning author, this latest release has all the themes and tropes fans love about Anne Tyler novels. Indagare’s Eliza Harris says, “I found it an interesting and thoughtful book about the dynamics of family relationships over time and the long-term impact of childhood experiences.”

“Few authors write feminist World War II fiction as well as Kate Quinn, who time after time has shed light on all the secret ways women helped win the war without receiving even a fraction of the recognition that men did. I’m in the middle of The Rose Code, which is about three female code breakers outside of London and am excited to see a different perspective in The Diamond Eye, which follows a Russian woman who goes from being a history student and library worker to a deadly sniper on the Eastern Front.”  — Indagare’s Abby Sandman

“I loved poet Ocean Vuong’s debut novel, On Earth We’re Briefly Gorgeous. It was a heart-wrenching, semi-autobiographical look at the complicated relationship between a Vietnamese-American teen and his mother, but also a devastating, lyrical look at the immigrant experience, the queer experience and the poverty experience in America. Time Is a Mother is his new collection of poems, all written in the aftermath of his mother’s death.” —Indagare’s Peter Schlesinger

Dubbed as “zippy, zesty and Zotty” by best-selling author (an Indagare podcast guest) Maggie Shipstead (Great Circle), Bonnie Garmus’s feminist debut is a foodie and science lover’s dream book. Garmus capitalizes on sharp-wit and humor as she tells the story of chemist Elizabeth Zott who finds herself starring in America’s top cooking show in the 1960s and inadvertently begins challenging the status quo. “I’m a big supporter of reading books from your local library and currently am on the waitlist for Lessons in Chemistry,” says Indagare’s Jenna Levandowski. “If, like me, you’re a fan of mad men, feministic love stories, unconventional protagonists and cooking, this book will be worth the wait!”

“I might be biased about this debut novel because I know the author—former Indagare staffer Nikki Erlick (!)—but I am most definitely not alone in my praise for it. The Measure, which came out this month, is already a New York Times bestseller and a Jenna Book Club pick. Perhaps that’s because it is deftly written in short interstitial chapters and told from the perspectives of eight thoughtfully drawn characters, whose lives are forever altered by the arrival of mysterious boxes that contain strings of varying lengths, allowing you to know how long you will live. It’s high-concept, smart, knowing, thoughtful, human and powerful. Would you change the way you live your life if you knew when it would end? It’s one of the profound ideas this book examines with compassion and purpose.”—Indagare’s Jen Barr

The Catch Me if You Can, Jessica Nabongo, June 2022

“Jessica is the first black woman to travel to every single country, and she beautifully and fearlessly tells the story of her travels and how they’ve formed her in Catch Me if You Can. As a traveler, it is a privilege to see the world through her eyes.” —Indagare’s Elise Bronzo

The latest in Elin Hilderbrand’s extensive collection of quintessential summer reads, The Hotel Nantucket surrounds a fictional historic property woven with scandal and is a great new packing list item for any trip to this Indagare favorite getaway. “It is 100 percent an easy beach read, and it even has a guide to Nantucket at the end of the book!” says Indagare’s Megan Coy

Novels the World is Loving

An enthralling and romantic literary epic fantasy from the #1 New York Times bestselling author of the Caraval series, Daughter of the Moon Goddess brings Chinese mythology to life through the adventures 15-year-old Xingyin, who has grown up in hiding on the moon and must embark on a quest to save her mother.

A tale of childhood and adulthood, friendship and independence, this debut is told from the perspectives of five young women of color growing up in Queens who vow to be best friends forever. Though conflicting journeys of self-discovery and fulfillment will try to break them apart, this novel shows how one’s roots shape you.

An epic spanning three centuries, this #1 New York Times Bestseller tells the stories of three characters, each 100 years apart and each in an alternate version of New York City: the heir to a wealthy family resisting his betrothal in 1893, a Hawaiian man in the middle of an AIDS epidemic in 1993 and the granddaughter of an infamous scientist living under totalitarian rule in 2093.

How High We Go in the Dark, Sequoia Nagamatsu, January 2022

Nagamatsu’s debut climate SciFi epic is a story about death…so perhaps not exactly an easy beach read but a timely and poignant novel that is sure to tug at the heartstrings and send your mind spinning. This a collection of interwoven stories spanning hundreds of years that explores the drastic way the world changes when climate change causes a 30,000-year-old plague to be released from melting permafrost.

A novel of hope and healing, Don’t Cry for Me sees a black father on his death bed writing a letter to his only son Isaac. His letter reveals ancestral stories that date back to slavery, divulging secrets that led to the fracturing of their family and most importantly, trying to make amends for the way he reacted to Isaac coming out as gay.

Named one of the most anticipated books of the year by numerous publications, including Time and USA Today, The Candy House explores a world in which people can access every memory they’ve ever had and share them in exchange for access to other’s memories.

From Booker prize winner Douglas Stewart comes a heart-wrenching story of first love between two teenage boys in 1980s Glasgow, told from the perspective of the sensitive, working-class boy Mungo.

In her debut novel, Tara A. Stringfield’s Memphis celebrates the resilience of women in a Black Memphis family over multiple generations.

Published by The Dial Press

An Oprah’s Book Club Pick, Finding Me: A Memoir by Viola Davis is a candid look at the actress’s journey from South Carolina to Hollywood, which she proclaims is “a deep reflection, a promise and a love letter of sorts to self.”

From the wilderness of Canada to a white stone city on the moon, Sea of Tranquility tells the story of a world in which time travel exists. In this unconventional narrative, Mandel threads the lives of three characters whose worlds are as different as their time periods.

This Time Tomorrow, Emma Straub, May 2022

Emma Straub’s latest novel is a time-travel fantasy about a 40-something woman who wakes up one morning to find she is 16 again. It is a poignant ode to father-daughter relationships and poses the perpetual question of what we would change in our past if we could. 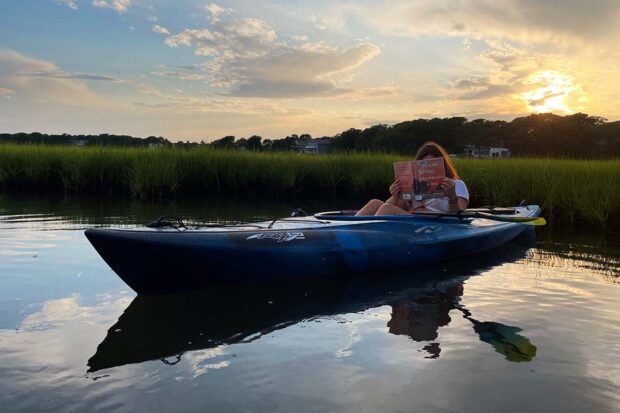 Summer is also a great time to get back to that novel you keep meaning to read…from more recent releases to books that have been delighting readers for years, these are some of our staff’s all-time favorites:

Taste: My Life Through Food by Stanley Tucci
Recommended by Lauren Ellman; published by Gallery Books, 2021

Beautiful World, Where Are You by Sally Rooney
Recommended by Kara Keigan; published by Farrar, Straus and Giroux, 2021

To Speak for the Trees by Diana Beresford-Kroeger
Recommended by Eliza Harris; published by Penguin Random House, 2019

The Language of Flowers by Vanessa Diffenbaugh
Recommended by Elise Bronzo; published by Ballantine Books, 2011

Song of Achilles by Madeline Miller
Recommended by Abby Sandman; published by HarperCollins, 2011

Plus, sign up to join award-winning author and travel writer Mary Morris in our fall book club as she explores the art of the memoir in a four-part virtual lecture series beginning in September. Then, in February, meet Mary in Mexico, for a transformative Insider Journeys wellness retreat, including her guided journaling workshops  and enjoy Chablé’s signature spa, meditation and culinary programs. 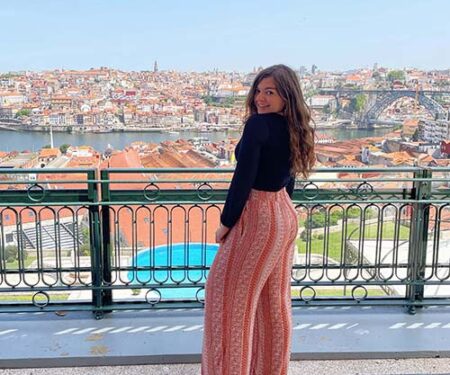