Travel to Madagascar: 6 to Know

Madagascar is a place that most people do not have preconceived notions about other than that it is home to the weird and wonderful lemur. It is the fourth largest island in the world after Greenland, Borneo and New Guinea and while it is often associated with the continent of Africa, it actually broke off from the original land mass near India. One of the last regions to be inhabited by humans, Madagascar has a primordial quality that probably comes from its relatively late entrance into the civilization game. Its first human residents are thought to have arrived from Borneo two thousand years ago.

The first thing that struck me on arriving in Madagascar was what a mash-up it appeared to be. On the drive from the airport, we passed electric green rice paddies that might have been in Vietnam and market stalls piled high with spices and curry that might have been in India. A line of women carrying baskets on their heads as they trudged a red-earth roadway reminded me of women I had seen in Rwanda. The country is the size of France or Texas, with 90 percent of its biodiversity found nowhere else on earth. Unfortunately, corruption, climate change and poverty have created a perfect storm of environmental destruction, putting its rare species and flora and fauna at risk and crippling the prospects of its inhabitants. Sadly lemurs, 95 percent of which are on the brink of extinction, are an apt mascot for the country in that their weird and wonderful beauty is so endangered. Here are 6 things to know before planning a trip to Madagascar.

Related: Just Back From… Madagascar 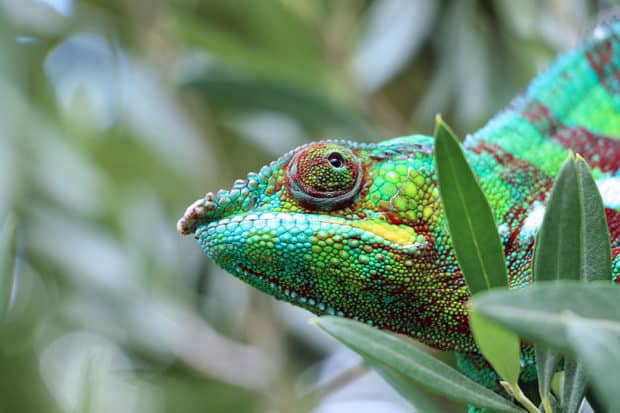 A panther chameleon in Madagascar

Its natural beauty is unique. One of the most biodiverse countries on earth, Madagascar is home to 5 percent of the world’s species of flora and fauna and more than 80 percent of these live nowhere else. Some examples include its famous lemurs, of which there are 111 species, and six of the nine types of baobab trees, which exist only here.

It is for explorers not indulgers. While there is one very indulgent resort, Miavana, Madagascar is really best for those who like to feel like explorers going on an adventure. A well-worn path for travelers has not yet been created, so flights can get canceled; roads will be rough; comforts will be simple and expectations will invariably not be met. As one of my favorite travel writers Dervla Murphy, who spent considerable time in Madagascar, advises: those who want logic and efficiency should not come to Madagascar. 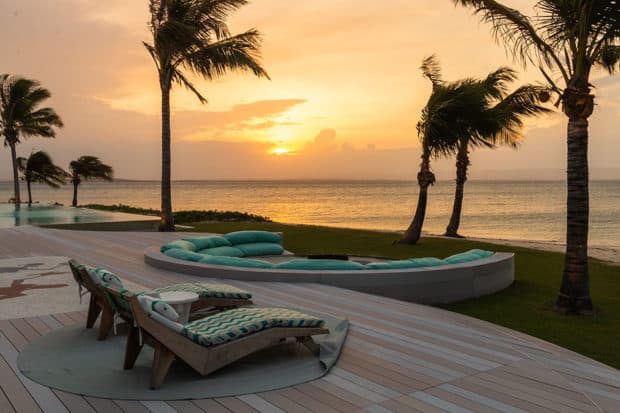 Sunset at Miavana in Madagascar

Its people are deeply spiritual. Today there are 18 major tribes, all of which have different dialects and customs. One that most of them share is a belief in animism, which one of our guides described as the belief that there is one god and below him all of one’s ancestors who bring our prayers to god. Rather than going to temples, people pray at sacred places in nature and ancestors communicate through dreams. There is also a strong adherence to astrology and to the concept of taboo or fady. For example, most Malagasy would consult an astrologer for advice on auspicious days for marriages, births or building a house, and they would never conduct a burial on a Tuesday or a Thursday.

It is desperately poor. Madagascar is considered one of the poorest countries on earth, with 76 percent of the population living in extreme poverty. In rural Madagascar, it is estimated that the average annual income is $400 per person and during drought years, thousands of its inhabitants are at risk of famine. 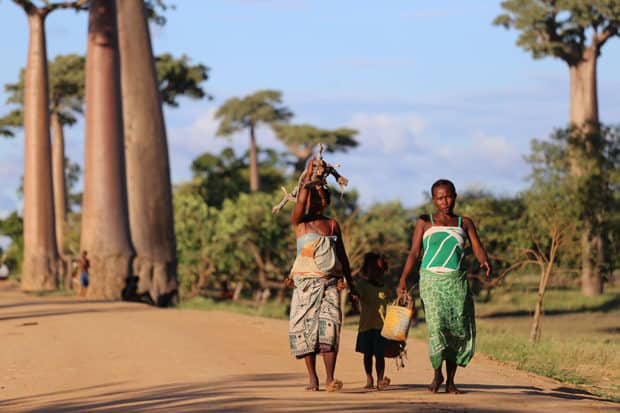 Women and baobab trees in Madagascar

It is in danger of environmental destruction. During the presidency of Rajoelina, the island’s rainforests were plundered to the point that two nature reserves in the east were placed on the “List of World Heritage in Danger” and it is estimated that at least one million rosewood logs were illegally exported. One devastating result: the rapid decline of lemur populations, almost all 111 species are now on the brink of extinction as their habitats have been destroyed. With Rajoelina’s return to power after recent elections, it is likely that the ravaging of natural resources for the benefit of business and political leaders will continue.

It feels like the wild west. With its unstable political situation and a wealth of natural resources, many countries including China, Russia, France and the United States are all trying to carve out power and/or land in Madagascar. At one lodge, we met former a Marine sent to monitor elections, and in another, we crossed paths with a group of what appeared to be Russian mercenaries.

Bottom line: Madagascar means “that that has good virtues.” Whether its good virtues will survive the battle being waged over them is in question.

“One of the most biodiverse countries on earth, Madagascar is home to 5 percent of the world’s species of flora and fauna and more than 80 percent of these live nowhere else.”