The Future of Travel: A Considered vs. Consumptive Approach

In 2019, I spent 121 days away from home, more than ever before (except when I lived abroad during high school and college). My kids were both in college, and I remember joking with my husband that this was the time to travel—that I felt as if I had to build up my collection of experiences and memories, because once I got old, I would not be able to anymore. I would be left only remembering the wider world.

It’s still sometimes completely shocking to me how much sooner that time came than I had expected.

Then I had been thinking of my grandmother, who had helped fire my love for travel. She had been born in a small town in Iowa and never ceased to be amazed by the places that she was able to discover, thanks to my grandfather’s business travels. They were among the first U.S. travelers to see Angkor Wat in the early 1960s and had flown in Pan Am’s “flying boats,” the Clippers that traced Charles Lindbergh’s course through South America in the 1930s. After my grandfather died, she took her children and grandchildren on summer trips—on a barge journey in the Loire, a cruise around Greece and Turkey, a safari in Kenya and rafting on the Salmon River in Idaho.

By the time she was in her late eighties, she finally slowed down (I think she was too proud to endure riding in a wheelchair through airport terminals). Her last international trip was to England, when I invited her to accompany me on the QE2, where, as the travel editor of Town & Country, I was a guest lecturer in 1996. She agreed on the condition that she fly us back from London on the Concorde, because even at age 87, she loved the idea of a novel adventure, and she hadn’t yet flown at supersonic speed. Both on the sea and in the air, her past travels added dimension and depth to our present moments. She told me about her honeymoon crossing on the Mauritania, as well as about her first airplane flight, when a boyfriend whisked her over the farm fields of Iowa at age 16. The latter had been an escapade that led her parents, terrified of this “new-fangled flying machine,” to ground her for two weeks. 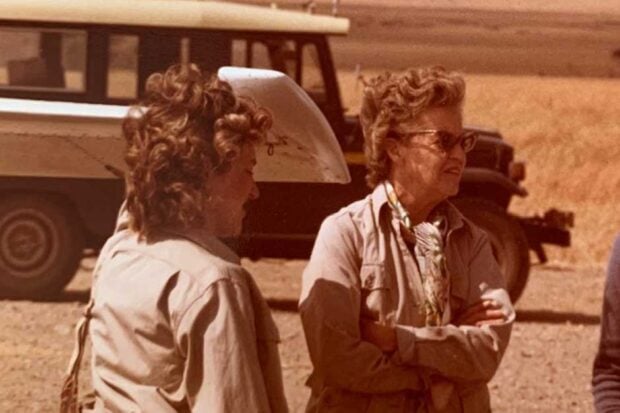 The expression is one that hits home in this time, our new normal. I, too, have been grounded (it’s been five months since I have been to an airport), and this grounding has made me think a lot about past travels, about the way we traveled. A potent combination of access, ease, familiarity and habit had gradually accelerated the pace of travel, pushing us into a frenetic, consumptive frame of mind. London for a long weekend? Nashville or Vegas for a concert? St. Barth’s for a party? Why not? The tickets weren’t too expensive, so we jumped on planes, with less fanfare or anticipation than my grandparents devoted to going out to dine in a restaurant.

During each of the dozen times that I have been to Marrakech in recent years, I still woke with excitement, filled with awe and appreciation to be there, to see the sun rising from and dropping into the Atlas Mountains as the calls to prayer roused the medina. And yet I rushed through my trips, packing four or five days as tightly as the spice jars in the markets, with garden and gallery visits, shopping relays, desert expeditions and meal after orchestrated meal. 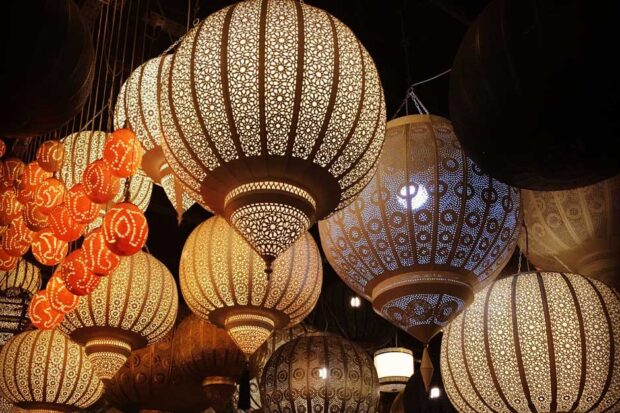 Looking back on that makes me wonder how—in the excessive casualness of the way we approached these incredible opportunities to cross borders and could be plunged into new cultures and communities in mere hours—we so often lost something. Back when it was harder to get places, you stayed longer, you looked deeper, you expected fewer habitual comforts and you brought less of your routine with you—instead you surrendered to the foreign. My grandmother knew she wasn’t likely to be in places again. She understood that each trip was a rare, once-in-a-lifetime experience, so she savored each moment and tried to slow down time.

The word “considered” comes to mind. And if this slower, more-thoughtful approach is considered travel, then what we were all doing, before COVID-19 grounded us, can only be described as consumptive. Think of it as a digital image versus a film photograph. If you snap it with a finger on your phone, if space is endless and editing is easy, you pay less attention. But back when film was expensive and editing took place in a lab, you thought more deeply about framing, timing, aperture and light. You watched and waited, and that process was like the fixer phase in the lab that set the moment in memory.

Related COVID-19 Dispatches from Around the World

In last week’s Indagare Global Conversation Podcast, I spoke with travel journalist and explorer Sophy Roberts, and I asked her about this movement from consumptive to considered, an approach I hope will shape the future of travel. She said: “Everybody with the good fortune to have a passport and a small amount of disposable income could benefit from this thing called travel, and that swamped the world. It swamped Angkor Wat. It swamped Venice. I think what you’re going to see, with the economic fallout of what we’re going through, is a much smaller demand. I also am hoping that what we’ll see is a slowing down of the speed of travel. Maybe a benefit that comes out of lockdown is our ability to be more comfortable sitting still in a spectacular place. I hope it does anyway. I want meaning. I want memory. I want texture. I want real. And that, to me, will become the zeitgeist in travel rather than just a tick list of ‘I have been everywhere.’ ”

As Sophy noted, the extreme accessibility of travel brought about overtourism and threatened to destroy best-loved places like Venice and Machu Picchu, but it also opened the world to the many instead of the few. The explosion of airline routes and hotels and Airbnb made it possible for almost anyone to become a global citizen and for multi-cultural immersion to be mainstreamed. That this progress and all of its joys are threatened, combined with the perils of undertourism (See The New Dangers of Undertourism in the Wake of COVID-19), is one more in the long list of COVID-19 tragedies, and yet, my hope still is that what may emerge is an embrace of truly considered travel.

So, what does that look like? To me, it is the antithesis of careless travel. It begins with reflecting deeply on where you want to go, why and how, and then preparing, understanding your options, so you make better choices about how you spend your time, your dollars and the impact you have on a place. It involves an attitude of both ambassadorship and stewardship, leaving home with respect for the customs of other countries but also returning as a champion, by accepting responsibility for the traces that we take with us and the privileged understanding of what we bring home. The way we may cloak ourselves in a warm, protective shawl before we set out on a journey, so we should enshroud ourselves in the mantle of an awareness as conscious travelers.

In speaking recently with the legendary hotel designer Bill Bensley, as part of my Global Conversations series, he offered another metaphor for what non-consumptive travel looks like. With more than 200 hotel projects under his belt, Bill has probably given the world more of the “best” hotels than anyone else: The Four Seasons Hualalai may have put him on the map, but he also designed the Siam in Bangkok, the Oberois in India, the Four Seasons in Koh Samui and Langkawi and Tented Camp in the Golden Triangle, the Capella in Ubud, which was just named Best Hotel in the World by Travel + Leisure, as well his own Shinta Mani properties in Cambodia. He has long believed that hotels should have purpose and contribute and sustain their surrounding community, but he proposed that hotels embed into communities as deeply as churches have traditionally. “Once you are a guest, the hotel has your attention for at least a Sunday morning,” explained Bensley. “They should use that time to teach and to tell you about something that’s important for the good of the world.”

I love the idea of looking at hotels as sacred spaces that bring residents and visitors together to give and to receive and to honor something greater than the living. Travel, to me, has always been about communion, the exchanging of intimate thoughts and feelings, and reverence for beauty and the unknown that makes us all more human and aware of what connects or binds us. But the first step in that vision involves the traveler adopting a different, more considered and considerate attitude. That would certainly kill the consumptive approach at the core and replace it with compassion.

I still have a small stack of photos from my first safari with my grandmother (as well as thousands of photos and notes on the iCloud from more recent trips). But even the exercise of taking photos has always seemed to me like pressing a flower in a book or pinning a butterfly to a board: they are caught and preserved, yes, but the moment is gone. The real reanimation comes only in memory. I picture my grandmother, perched in front of her tent on a director’s style chair, stylish in a safari jacket. She’s holding a cigarette in one hand and swirling a vodka tonic in the other, ice cubes clicking like subdued castanets. She’s looking at me through cat-eye shaped glasses, traces of the bold girl who went up in an airplane years before her parents ever would.

We regard each other across the decades and generations of an utterly changed world, but I know that I carry her understanding of travel and that it has never been as important as it is now. My grandmother wasn’t looking for the “comforts of home” when she left home; rather, she was thrilled to settle into a place and fall into its rhythms.

I believe there is hope in that approach. A future where we all think of ourselves as people joining a community for a time, offering gratitude and appreciation, mingling meaningfully with local residents, contributing something of benefit and taking only memories and a broader view to share when we reach home.

To hear about the transformative power of travel and dive deep into destinations, discover our Indagare Global Conversations Podcast and listen as I speak with with expert travelers like India Hicks; Dereck and Beverly Joubert; Paul Theroux; Fiona Caufield and Sophy Roberts.

“Looking back, it makes me wonder how—in the excessive casualness of the way we approached these incredible opportunities to cross borders and could be plunged into new cultures and communities in mere hours—we so often lost something. ”