The Top 10: Prettiest Beaches in America

You don’t need to fly to the Maldives or the Caribbean to enjoy a sun-soaked holiday on a breathtaking beach. The U.S. coasts offer postcard-perfect stretches of powdery white sand and shimmering waves that make for an easy beach getaway on a long summer weekend. Head to one of these 10 destinations to discover some of the country’s most spectacular sandy shores that are only a quick flight or a short drive away.

Best Beaches in the USA 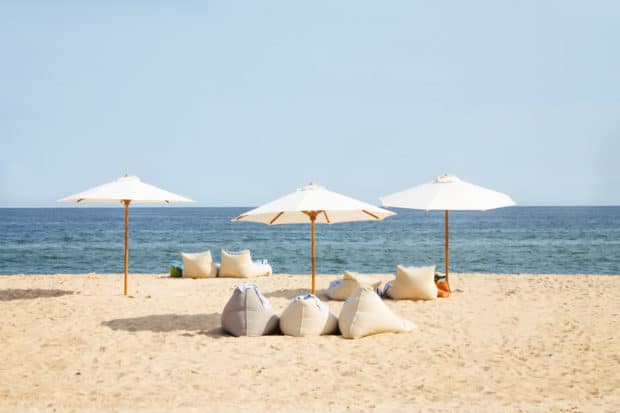 At the easternmost tip of Long Island, Montauk’s beaches feel less developed compared to the rest of the Hamptons, promising a rustic and relaxed escape against the backdrop of the village’s 70-foot bluffs. From Kirk Park Beach, nearest to town, all the way to Ditch Plains, a popular surfing spot thanks to its unusually long break, Montauk offers a laidback vibe and plenty of seaside eateries to complement your beach time.

Hawaii is home to many of the best beaches in the US, but Makena Beach State Park, at the south end of Wailea, is a wild, seemingly endless expanse of golden sand and turquoise water that feels more secluded than its crowded neighbors. One of Maui’s largest beaches (stretching 1.5 miles and measuring as wide as 100 feet in places), this “Big Beach” is favored by locals, who bring picnic lunches or buy snacks from one of the food trucks at the entrance. 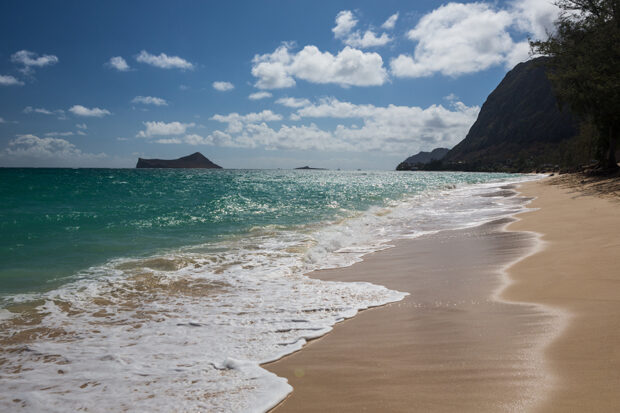 Centuries ago, the island of Oahu served as the private playground of Hawaiian royalty, and the beach at Waimanalo Bay still feels reminiscent of that era. Less touristed than many of Hawaii’s top beaches, this picture-perfect pocket of soft white sand and turquoise waves allows travelers to escape the buzz of Honolulu and retreat to a quiet corner of southeastern Oahu.

This national park in Maine is known for its 120 miles of well-maintained hiking and biking trails with spectacular vistas of Mount Desert Island, Bar Harbor and the Schoodic Peninsula, but its small Sand Beach is a lesser-known gem. While most beaches have views of palm trees or sand dunes, this New England inlet is uniquely tucked between the mountains and the rocky shores that characterize this picturesque park. 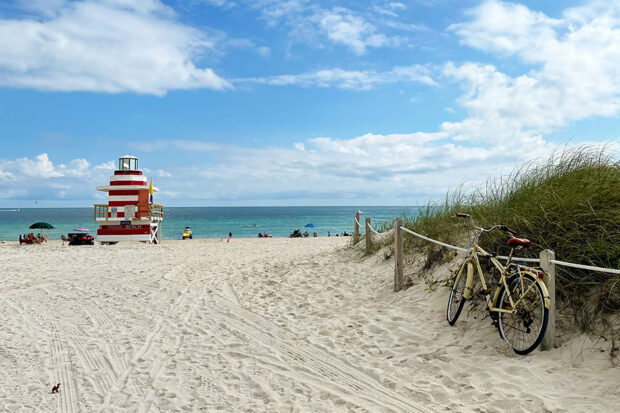 The seven-square-mile Miami Beach in Florida is one of America’s most famous oceanfront destinations—and with good reason. With soft white sand and hip hotels at the ocean’s edge (including the sumptuous Four Seasons Surf Club and the trendy Miami Beach EDITION), there’s a slice of sand for every type of traveler, from vacationing families to low-key couples to late-night revelers.

The beaches of Venice and Santa Monica are nice for biking or walking, but travelers in California craving some genuine sunbathing should head to Malibu. Surfrider Beach has built-in entertainment thanks to the surfers, while Zuma Beach, with its wide sands and clean water, gained fame as a frequent backdrop for Baywatch. Topanga State Beach also offers a less crowded option. 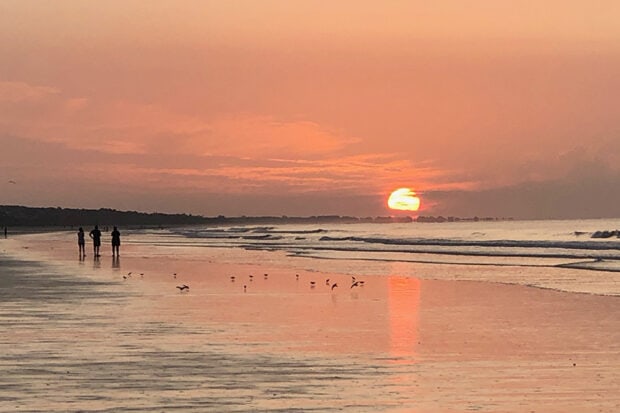 Located less than an hour’s drive from the charming city of Charleston, South Carolina, this barrier island on the Atlantic coast features ten miles of beachfront, including the public Beachwalker County Park, a well-kept and peaceful expanse of sand, nestled between a river and the ocean. 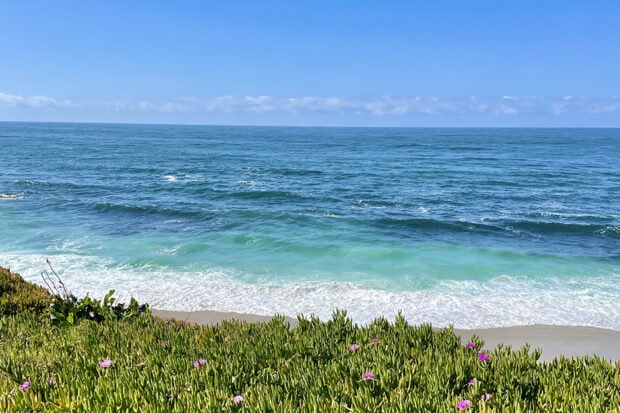 San Diego’s beachside community is known for its surfing culture—the reefs create surfable swells from Windansea Beach to La Jolla Shores—but non-surfers will also appreciate the chaparral bluffs and the walk along the coastline, which passes by the Children’s Pool, a small beach that is home to more than 200 seals, as well as La Jolla Underwater Park, a 6,000-acre marine reserve, where travelers can kayak and scuba dive among a variety of fish species. 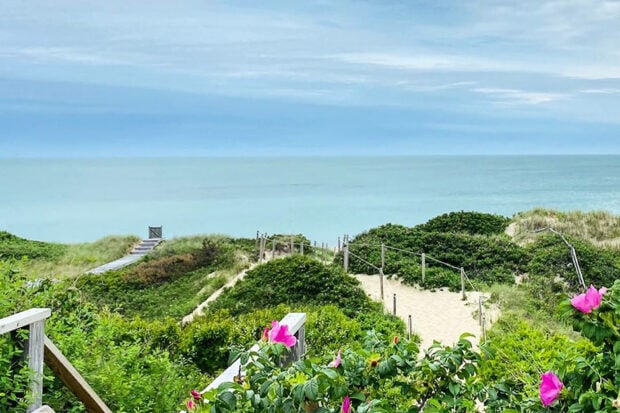 The path to one of Nantucket’s beaches. Courtesy Indagare

Unlike Martha’s Vineyard, where many of the most beautiful beaches are private, Nantucket has miles of sandy public beaches. Families love Jetties and Children’s beaches, which have playgrounds and a gentle surf, while Surfside, with its wild waves and wide stretches of sand, is more of a scene, especially during the high season. Two additional favorites are Dionis Beach, which has calm waters and dunes, and the stretch of Cisco Beach known as Ladies Beach, on the southwestern shore.

The Outer Banks of North Carolina

This narrow chain of islands has miles of uncrowded beaches and isolated stretches of raw natural beauty. A handful of beaches on the Outer Banks are even home to roaming herds of wild horses (believed to be the descendants of shipwrecked Spanish Mustangs from the late-15th century). Cape Hatteras, a protected national seashore and a popular nesting spot for sea turtles, is particularly well-preserved and undeveloped.