Where To Go This Fall

Saying goodbye to summer is no easy feat, especially if you don’t have your next trip to look forward to. Luckily, it’s not too late to plan your next getaway for the coming months—or even get ahead and book next year’s autumn escape. From a culture-filled stay in Rome to leaf-peeping in Tokyo, here are some of our favorite destinations for a fall vacation.

Contact Indagare to book your fall vacation. Our team of expert trip designers can recommend the best hotels, restaurants, activities and more just for you. 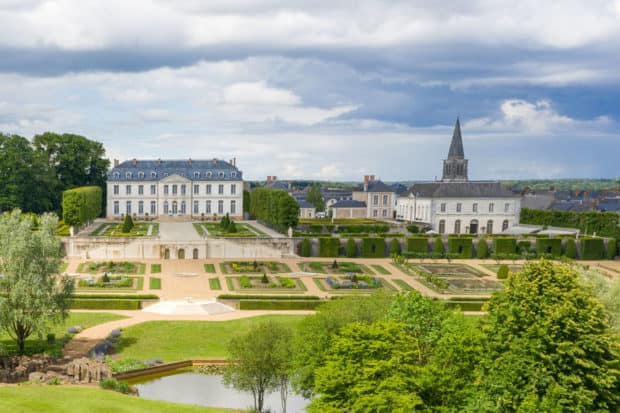 Why Go Now: This year marks the 500th anniversary of the start of the French Renaissance and the death of Leonardo da Vinci, and there are plenty of ways to honor the occasion in France’s Loire Valley. Through November 3, Château du Rivau is hosting a special exhibit of contemporary works that honor the art of da Vinci, on display in the halls of the castle. Similarly, for this year’s European Renaissance Music Festival (September 27-29) at Clos Lucé—where da Vinci died—conductor Jordi Savall has arranged concerts inspired by the artist. The International Garden Festival (through November 3), which takes place on the grounds of Domaine Chaumont-sur-Loire, is worth a visit; more than two dozen designers from around the world were tasked with creating gardens inspired by the idea of paradise.

Where to Stay: Hôtel Château du Grand-Lucé, built in 1760 for a confidante of King Louis XV, has recently been reborn, with interiors fit for a French aristocrat—think original oak floors, damask-covered walls, silk bed draperies and claw-foot tubs. The 80-acre grounds also include classic gardens, a tranquil forest and a fine-dining restaurant. 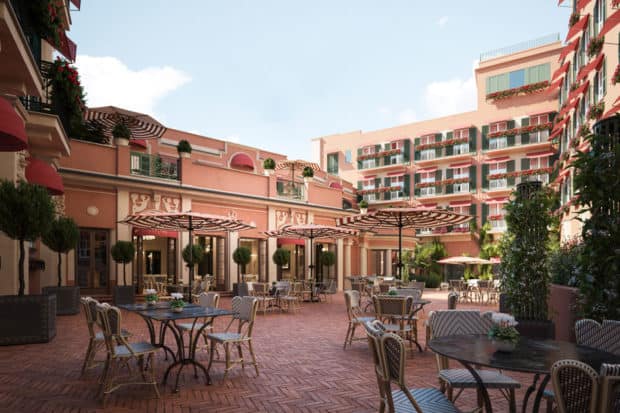 Why Go Now: Every October, filmmakers and actors from around the world—including plenty of Hollywood royalty—descend on the Eternal City for the Rome Film Fest (October 17-27). Screenings and red-carpet events take place at the Parco della Musica, and for the first year ever, the Museum of Contemporary Art of Rome will host two panels. Come November, the Parco della Musica will turn its attention to music during the annual Rome Jazz Festival (November 1 to December 1), with artists like singer Dianne Reeves and bassist Dave Holland performing.

Where to Stay: The Hotel de la Ville, which recently debuted in an 18th-century building at the top of the Spanish Steps. It is the sister property to Hotel de Russie and its 104 rooms and suites are sophisticated and 21st-century Grand Tour chic—and the rooftop bar offers an enviable panoramic view of the city in milder months.

Why Go Now: Spring may have cherry blossoms, but autumn brings with it koyo, or fiery colored leaves. At different points throughout the season, between September and December, the country is awash in red, orange and yellow hues. The foliage in Tokyo often peaks later (typically at the end of November), and you can pair a trip there with a visit to Kyoto, an easy train ride away. (Another reason to visit now: The 2020 Olympic crowds have yet to descend.)

Where to Stay: The storied Okura Tokyo (formerly the Okura Hotel) reopens on September 12 after a much-publicized closure and demolition of the main building in 2015. In its new iteration, guests can stay in the 17-story Heritage Wing (part of the original property) or the new, 41-story glass Prestige Tower. 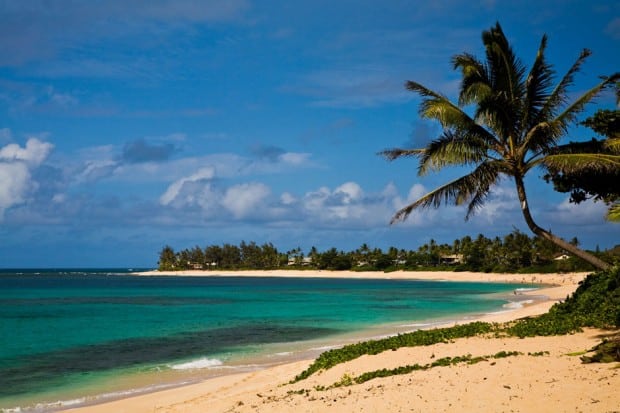 A beachfront in Oahu, Hawaii, Courtesy Oahu Tourism Board

Why Go Now: The month-long Aloha Festivals in Oahu (through September 30) celebrate the state’s history, as well as local music and dance traditions. One of the highlights is the Waikiki Ho’olaule’a, an enormous block party with four concert stages and vendors selling all manner of local dishes and artisan crafts. (This year is extra special, since it’s the 60th anniversary of Hawaii’s statehood.)

Where to Stay: On September 7, the nine-story Espacio opens its doors in Waikiki, offering guests an exclusive experience that includes a two- or three-bedroom suite per floor with butler service, a balcony complete with a Jacuzzi, marble bathrooms with deep soaking tubs and a state-of-the-art kitchen. 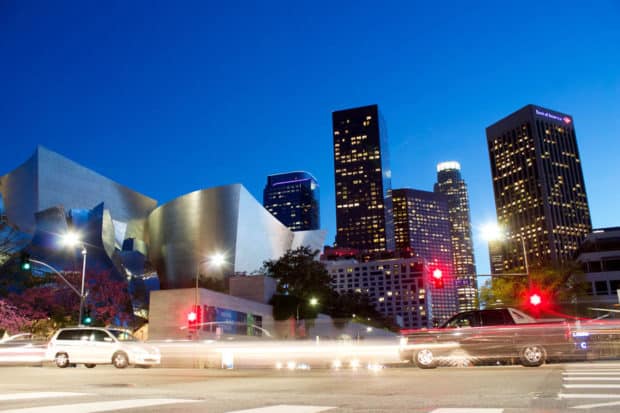 Why Go Now: The renaissance in Downtown L.A. is well under way—and shows no signs of slowing down, especially in the Arts District. New and noteworthy on the restaurant scene are the bi-level Bon Temps, an all-day spot from chef Lincoln Carson; an updated iteration of the Parisian bistro Church & State and two still-to-come Mexican spots from Enrique Olvera and Daniela Soto-Innes.

Where to Stay: The new Firehouse Hotel, located in a former (you guessed it) firehouse, has nine rooms, each done up in a monochromatic color scheme, plus an indoor/outdoor restaurant and bar. Coming this fall is Soho Warehouse, the first SoHo House location on the West Coast to offer rooms to book. Guests will also have access to a rooftop pool, club space and two-story gym.

A Place to Disconnect: Alberta, Canada 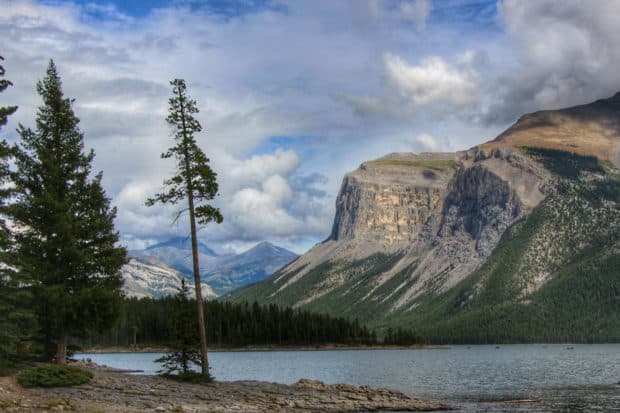 Why Go Now: If seeing the Northern Lights is on your bucket list, head to this province in western Canada—and time your visit with the Jasper Dark Sky Festival (October 18-27), which takes place in Jasper National Park and includes stargazing events, a photo workshop, outdoor symphony performances, speakers (such as an astronaut and science journalist) and more. In nearby Banff, the nine-day Banff Centre Mountain Film and Book Festival (October 26 to November 3) features screenings of films about mountain sports, culture and the environment, as well as appearances by renowned mountaineers, climbers and other adventurers.

Where to Stay: Located about an hour south of Jasper and 2.5 hours north of Banff, Glacier View Lodge is ready for its first fall season post-redesign. During the all-inclusive experience, visitors will take an evening tour of the Athabasca Glacier, stargaze from a viewing deck, enjoy a three-course dinner and stay in a cozy-chic room with either a view of the mountains or the glacier.

A Culinary Trip Down Under: Sydney

Why Go Now: Sydney is a city for food lovers—and in October, travelers will be able to feast on all manner of Asian street food during the Night Noodles Market (October 4-21) in Hyde Park. Come hungry to sample from the 40 stalls. There are also plenty of new restaurants in town, including the plant-based Paperbark (where you won’t even miss the meat) and the Sri Lankan spot Lankan Filling Station.

Where to Stay: The 590-room Sofitel Sydney Darling Harbour is the city’s first new-build luxury property in almost two decades. It’s home to a beautiful French restaurant, three bars—including one dedicated to Champagne—and an infinity pool set right over the water. 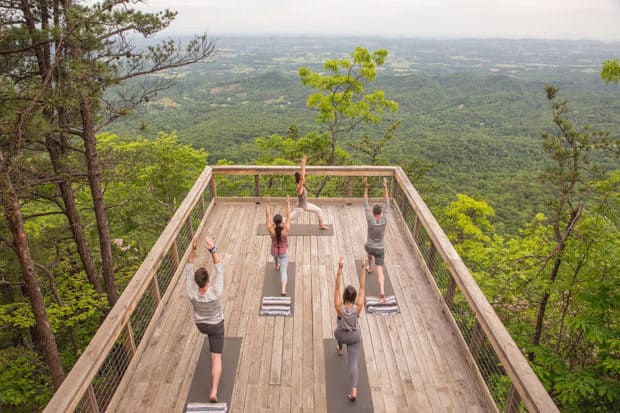 Why Go Now: The new resort from the team behind beloved Blackberry Farm is hosting a weekend-long hiking program (October 27-30) timed perfectly with peak fall foliage in the Great Smoky Mountains of Tennessee. Hiker and author Jennifer Pharr Davis will lead a group on various treks both on and off the property.

Where to Stay: Blackberry Mountain, where impeccably designed accommodations include cabins, stone cottages and fully-equipped homes. Wellness is a large focus—classes are offered in almost two dozen types of yoga and meditation practices (both indoor and outdoor)—and guests can also bike, rock climb, relax at the spa, watch cooking demos and take a mixology class.

Contact Indagare to book your fall vacation. Our team of expert trip designers can recommend the best hotels, restaurants, activities and more just for you.